/sites/all/themes/penton_subtheme_wealthmanagement/images/logos/footer.png
Recent
Recent
NYC’s Ex-Housing Chief Raises Funds to Build Affordable Apartments
Oct 20, 2021
Eight Reasons Advisors Leave their Broker-Dealers to Start Their Own RIAs
Oct 20, 2021
Transparency with Diana B.: The Road to Recovery
Oct 20, 2021
Jamie Dimon Boosts JPMorgan Wealth Advisors’ Pay From Windsor Castle
Oct 19, 2021
Featured
The 10 Best and 10 Worst States in Which to Retire in 2021
Jul 15, 2021
Poll: 15 Classic Books on Investing and the Markets
Apr 03, 2020
25 U.S. Markets Adding the Most Multifamily Units This Year
Feb 03, 2021
Fifteen Must-Listen Business Podcasts for Advisors
Aug 14, 2020
The Daily Brief
brought to you by 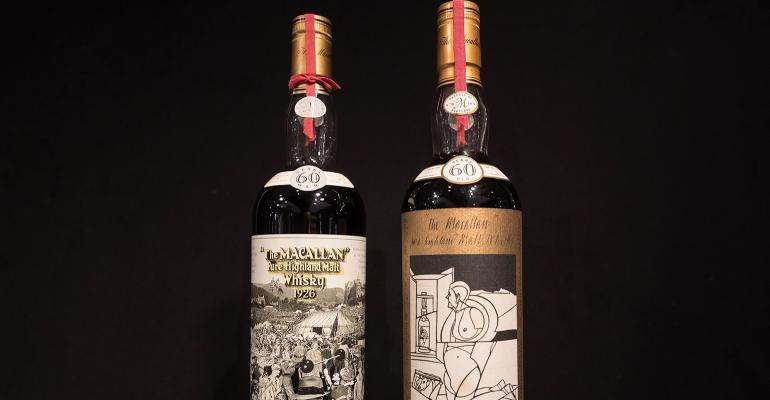 How Much Would You Pay for a Bottle of Whisky?

A new record for a bottle of whisky sold at auction, Advizr launches its Workplace product and Janney adds at $2 billion team from Nashville.

More than $1 million? That’s how much a bidder paid for a 60-year-old 75-centiliter bottle of Maccallan whisky during the Bonhams Hong Kong auction on Friday. The winning bid came to HK$7.96 million, or about $1.01 million, according to Bloomberg. The bottle was one of only 12 made made when the limited edition was released in 1986 after aging 60 years. The price works out to about $13,466 per centiliter. It breaks the record of HK$4.9 million set in 2014 in Hong Kong for a six-liter bottle of 60-year-old Macallan. That bottle was eight times bigger than the one sold Friday. Advizr’s self-directed financial planning technology is headed off to work. Called Workplace, the business line product will allow client companies to integrate Advizr’s platform with their benefits offerings, the company announced. The right financial planning platform for employees can improve productivity and job satisfaction, the company said, citing studies that found a majority of employees would participate in such a program if it were available. “It is very exciting to have arrived in this space,” said Hussain Zaidi, the company’s CEO, who called Workplace “the missing component in corporate benefits and a key driver in engagement for FAs.” The offering will be overseen by Maria Behrens, who spent four years managing employee wellness, benefits and personal finance programs at Goldman Sachs.

An advisory group based in Nashville that oversees nearly $2 billion in client assets recently joined Janney Montgomery Scott. The Glasgow Wealth Management Group, which was previously affiliated with Avondale Partners, is a business largely built on company retirement plans. About $1.8 billion of the group’s assets are in corporate retirement plans while about $163 million belongs to retail clients. “The professionals of the Glasgow Wealth Management Group are nationally recognized retirement planning and wealth management professionals,” said Andrew Kistler, a Janney senior vice president and its Southeastern regional manager. “They have built a strong practice by focusing on meeting the needs of their clients and are valued additions to the Janney team.”