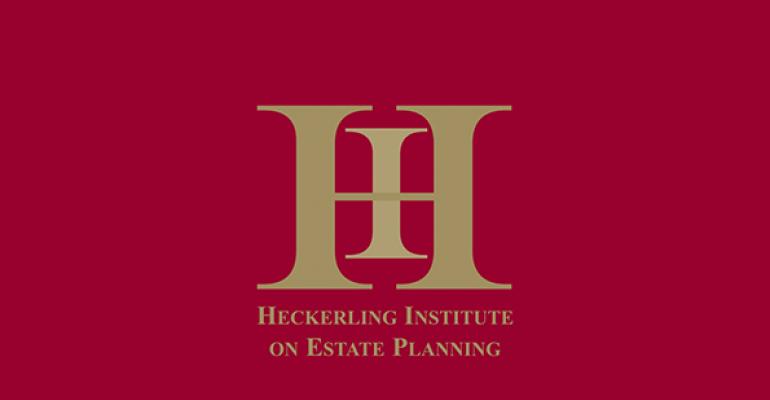 An update on the state of global wealth planning and reporting

I recently sat down for a brief chat at our booth with Joan Crain, Senior Director and Wealth Strategist at BNY Mellon Wealth Management, and she had some interesting perspectives to share on global wealth planning in light of the past year’s upheaval caused by more stringent U.S. reporting regimes.

These issues are particularly important because we live and work in a global world that’s rapidly becoming more and more integrated. Joan noted that there are now over 230 million people residing outside of the countries in which they were born. This figure represents an increase of over 50% since 1990.  In the case of immigration to the U.S., a major driving force behind this increase is students studying abroad—the student comes into the country on a student visa, takes a liking to it, and his family later follows. Additionally, companies based in many countries are taking a more global approach and sending their employees, and usually their employees’ families as well, out into the wider world.

New, stricter foreign asset reporting requirements under the FATCA regime have had a particular impact on U.S. expatriates.  According to Joan, this group is finding it increasingly difficult to secure financial service providers, even for the most basic activities, because many foreign financial institutions simply want to avoid the hassle that now accompanies U.S. nationals.  Some have even seen their existing relationships fall apart, as institutions purge their books of U.S. clients. As such, it’s becoming increasingly more attractive for U.S. expats to simply work with a U.S.-based global provider.

Joan also believes that the era of realistically being able to secretly maintain assets abroad is largely over (though, as always there may be some exceptions).  Global transparency rules are becoming so widely enforced and penalties so severe that it’s often sound advice to simply tell your clients to disclose everything they have everywhere.  For those who think they’ve missed the boat on self-reporting, there are various amnesty programs that can still be taken advantage of. For instance, for taxpayers who can successfully argue that their delinquency was an honest oversight and not an intentional attempt to hide assets or income, the new Streamlined Filing Compliance Procedures released by the IRS in June 2014 can be very attractive.

Though some of the purported international “tax havens” may still be viable for U.S. citizens and residents under certain circumstances, Joan notes that many of the same asset protection goals that were once offered exclusively by these havens can be largely duplicated with domestic alternatives. Structures like domestic asset protection trusts have become so strong and flexible that some U.S. clients may find the compliance costs of being offshore outweigh the asset protection and privacy benefits that were mostly the point of doing so for so long.