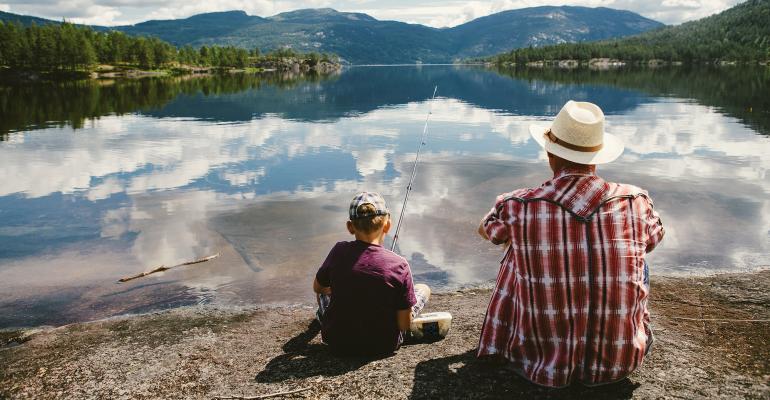 By Carol A. Sherman

The amount of inherited wealth up for grabs is staggering and getting larger. In a U.S. High-Net-Worth and Ultra-High-Net-Worth Markets 2018 report, Cerulli Associates estimated that $68 trillion is transferring over the next 25 years to heirs and charities, an amount significantly higher than earlier estimates (known as “The Great Wealth Transfer”).

While studies differ on the percent of beneficiaries firing their advisors when the estate transfers, most agree that advisors who ignore the inheriting generation, including spouses, are at a greater risk of losing them. Yet most advisors aren’t engaging the beneficiaries.

Cerulli reported that 45% of high-net-worth practices have had limited interactions with their clients’ children, while only 59% have established relationships with clients’ spouses.

One can argue that a trusted advisor’s fiduciary responsibility—to do what’s in the best interest of their clients—needs to rise to a higher level of trusted family advisor—a term to describe one who includes the future success of the entire family when offering wealth transfer–planning advice and services.

One predictor of a family’s wealth transition success can be measured by its likelihood to lose control of assets and family cohesion within three generations of estate transition. A well-publicized study by The Williams Group, a family coaching consultancy, confirmed that 70% of the time the wealth didn’t successfully transfer beyond the wealth creator’s grandchildren, hence the age-old adage of “shirtsleeves to shirtsleeves in three generations.”

According to Amy Castoro, president and CEO of The Williams Group, more than half the time, the breakdown within families comes from a lack of trust and communication. A quarter of the time it’s due to unprepared heirs and the rest of the time is because the values that define the family aren’t clear. Rarely is the failure due to errors on the part of the family’s wealth advisors.

“A financial advisor’s focus is very much on preparing the assets for the family, but it’s also important to prepare the family for the assets,” said Castoro.

While advisors should’t be expected to assume the role of family coach or psychologist, with proper training, advisors will gain a skill set that includes value-based generational wealth transfer advice and services for wealthy client families.

Experience has shown that advisors who undergo some level of generational wealth transfer training, beyond money management, are far more likely to ask their clients about their children and grandchildren and explore opportunities for involving the family in the financial planning process. Advisors who don’t bring the client’s family into the conversation are at a greater risk of losing the client to a competitor.

Managing a client’s money and doing it well is no longer the differentiator it’s been in the past. Wealth management firms who proactively invest in new relationship-based skills, learning and tools for their advisors are poised to capture or retain a greater share of the historic amount of wealth in motion during the Great Wealth Transfer.

It’s important to note that wealth is increasingly being transitioned over time. People are living longer and fuller lives, and parents and grandparents want to experience the joy of seeing their beneficiaries benefit and learn from family wealth. The notion of giving while living adds a sense of urgency for advisors to offer guidance and tools to help families prepare the inheriting generation to receive and manage great wealth.

Carol A. Sherman is managing director at the Institute for Preparing Heirs.