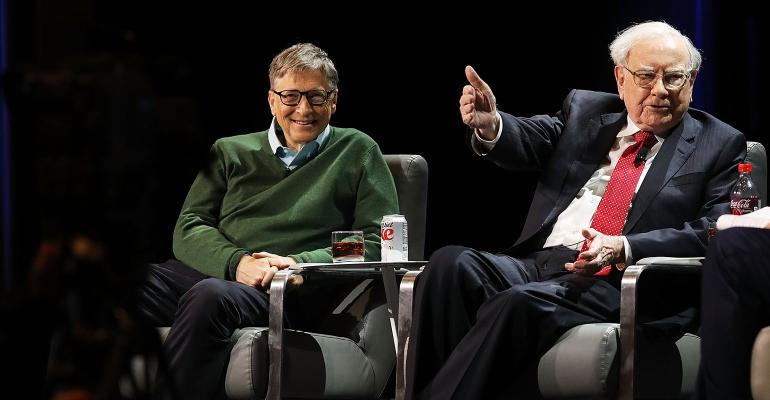 Global ultra-high-net-worth individuals had a bounce-back year in 2016, and philanthropic causes will reap the benefits.

According to the 2017 edition of Wealth-X’s "World Ultra Wealth Report," the world’s UHNW population grew by 3.5 percent in 2016, a nice rebound after actually decreasing last year for the first time in years. Their combined wealth also grew, increasing by 1.5 percent to a total of roughly $27 trillion. However, this growth didn’t keep pace with that of the overall UHNW population, so the group’s average net worth declined for the first time since 2013.

Wealth creation was spearheaded, unsurprisingly given recent trends, by North America, which increased 5.1 percent, and Asia, with 3.5 percent.

Overall, Wealth-X forecasts the global UHNW population to rise to 299,000 people by 2021, a 72,550-person increase from 2016. UHNW wealth is also projected to rise to $35.7 trillion, which would represent the creation of an additional $8.7 trillion of new wealth over the next five years.

Where do the charities come in? When global wealth rises, increasingly, philanthropic causes benefit.

According to the study, philanthropy is the number-one interest pursued by UHNW individuals, with 36.3 percent listing it as an interest. While that number may not seem terribly impressive, remember that this isn’t a measure of how many simply make donations, but how many consider philanthropy a continual life pursuit, comparable to sport, aviation or music—a pretty intense level of commitment.

Wealth-X reports a steady increase in philanthropic engagement among the UHNW since numbers crashed (along with just about everything else) during the 2008 financial crisis. Fidelity Charitable’s “2017 Giving Report” backs up this sentiment, noting, “Grant dollars to charity have tripled in the last decade, while the number of grants of $1 million or more has grown five times.”

Why exactly this shift is occurring is difficult to measure, but Wealth-X attributes it largely to a growing sense of social engagement worldwide and an increased motivation for personal fulfillment among clients. Both of these factors are often cited as hallmarks of the millennial generation. Even though this group holds only a modest share of global wealth, their tendencies toward being more socially and environmentally minded and more willing to drive employee-based philanthropy appear to be having outsize influence. Another factor to consider is growth in the ultra-wealthy populations of many emerging economies, where religious beliefs and family/social ties often carry greater weight than in more-developed, and cynical, nations.

For advisors, this all means that there likely will be rising demand to cater to clients' desires for philanthropic engagement. Concepts like impact investing and donor-advised funds are becoming more closely integrated into the core strategy of the many UHNW individuals' businesses. Many of these new products combine aspects of traditional philanthropy with tools more familiar to advisors, further blurring the line between investment and philanthropy.

Fidelity Charitable’s report, which deals entirely with DAFs, notes, “The number of grants to impact-investing nonprofits has doubled in the last five years, reflecting a growing interest in organizations that can achieve social benefits alongside financial returns.”

With the level of intergenerational wealth transfers set to rise sharply over the next decade and beyond, the growing share of social entrepreneurs and environmentally conscious individuals among the expanding global UHNW population will have lasting implications for advisors the world over.