/sites/all/themes/penton_subtheme_wealthmanagement/images/logos/footer.png
Recent
Recent
Envestnet Connect To Headline At Virtual Summit
May 26, 2020
Franklin Templeton Fires Portfolio Manager Amy Cooper Involved in Central Park Dog Incident
May 26, 2020
Michael Kitces' #FASuccess Podcast: Mindy Diamond on Helping Advisors Choose a Brokerage Platform
May 26, 2020
Can a 2020 Payroll Tax Cut Save the Economy?
May 22, 2020
When Clients Get the Pink Slip
May 22, 2020
Featured
Poll: 15 Classic Books on Investing and the Markets
Apr 03, 2020
FICO Updates and Their Impact on Credit Scores
May 06, 2020
The Top Colleges for Financial Planning
Oct 03, 2019
The 10 Most and 10 Least Valuable College Majors
Aug 28, 2019 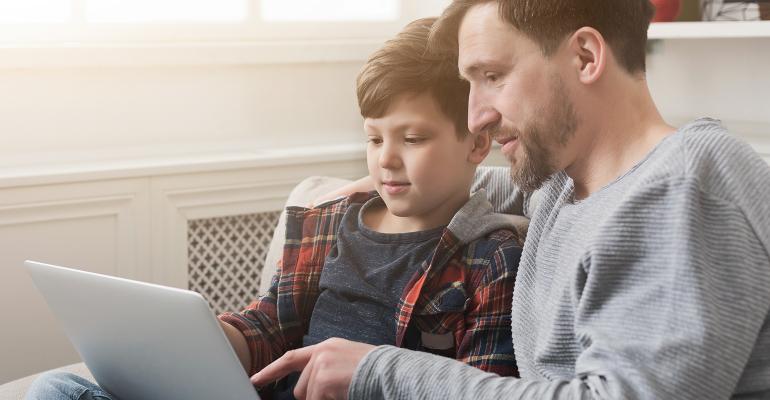 Get Kids Enthusiastic About the Family Business

Starting the conversation early is a recipe for success.

What you’re about to read is about a real person, and the quotes are real.  However, Peter isn’t the man’s real name.

I’ve changed the name because the man is a private kind of guy, and the story is definitely a personal one. Still, you and your clients may find his advice on getting youngsters involved in the company to be both fresh and unusually useful.

A friend recently asked Peter, a real estate developer, “How come your son wants to work with you while my son hates my business and wouldn’t even think of coming to work with me?”

Peters started wondering what he’d done right. And then he got a clue; he remembered an incident from when his son, Chris, was 10 years old.

Peter was in his study, watching a business show on TV, when little Chris traipsed in and asked, “Would you put me to bed tonight?”

He and his son went into the son’s bedroom, and a conversation began. His son asked, “What do you do all day?”

The resulting explanation became a precedent for years of nighttime father-son conversations. As the son got older, the conversations became more sophisticated.

Sometimes they’d be discussing finance, and another night they’d move on to depreciation or amortization. Then, when Chris was 16, Peter heard something that must have been music to his fatherly ears.

“I’d really like to work in the business,” Chris told him.

Peter may not have planned things to work out in such an agreeable way, but in retrospect, he knows there’s something that he did that was just right.

“If you want to have children care about the business,” says Peter, “it makes all the difference if you include them in business conversations, and they see themselves as part of it.”

He knows that all too often kids resent the family business because it’s something that takes the parent away from the children. The nighttime conversations Peter had with Chris helped the family avoid that trap.

But there’s another part that went right.  “I shared my failures with my son,” Peter adds.

Peter feels that one of the worst things young people can experience is getting the impression that things always go up. If they don’t know how challenging business can be, they may feel a temptation to take the 1,000-to-one shot, not fully aware that things can go wrong.

Limit Involvement of Members Who Don’t Work in Business

Although Peter is pleased that his son is in the business, he also recognizes that in some cases, family members don’t belong in the business. They may not have the interest, temperament aptitudes or interpersonal skills. Maybe they were meant to be in the arts, or perhaps philanthropy.

He leans towards the idea that preserving the family’s financial strength requires limiting votes to those who work in the business. His reason?

Further, he knows that family members who aren’t working in the business might be tempted to vote for measures that only benefit themselves. What’s needed is people who vote exclusively for what’s best for the business.

Peter has seen that non-working voters can be a force for disruption in a family business. With increased global competition, he feels that family businesses need to be more united and more on the same team than ever.

While he believes that not all family members belong in the family business, he does believe that there are values that can keep the family together as a family. Values that unite his family include: hard work, philanthropy, faith and patriotism.

Mitzi Perdue is the Author of HOW TO MAKE YOUR FAMILY BUSINESS LAST a Treasury of Checklists, Templates, Resources, and Tips.  She’s the daughter of the co-founder of the Sheraton Hotel chain and the widow of Frank Perdue. For more information or to contact, come to: www.MitziPerdue.com.