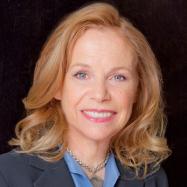 Mitzi is a businesswoman, author and a master story teller. She holds degrees from Harvard University and George Washington University, is a past president of the 35,000 member American Agri-Women and was one of the U.S. Delegates to the United Nations Conference on Women in Nairobi. She currently writes for the Academy of Women’s Health, and GEN, Genetic Engineering & Biotechnology News.

Most recently, she’s authored Tough Man, Tender Chicken: Business and Life Lessons from Frank Perdue. The book made #5 on Amazon’s Business Biographies, out of a field of 20,000. She’s also the author of, I Didn’t Bargain for This, her story of growing up as a hotel heiress.

A woman of many talents, she also programmed a computer app, B Healthy U, designed to help people track the interactions of lifestyle factors that influence their energy, sleep, hunger, mood, and ability to handle stress. In addition to being a programmer and software developer, Mitzi is also an artist and designer of EveningEggs™ handbags.

In addition, Mitzi the author of more than 1600 newspaper and magazine articles on family businesses, food, agriculture, the environment, philanthropy, biotechnology, genetic engineering, and women’s health.

She was a syndicated columnist for 22 years, and her weekly environmental columns were distributed first by California’s Capitol News and later, by Scripps Howard News Service, to roughly 420 newspapers. For two years she was a Commissioner on the National Commission on Libraries and Information Science.

Mitzi also produced and hosted more than 400 half hour interview shows, Mitzi’s Country Magazine on KXTV, the CBS affiliate in Sacramento, California. In addition, she hosted and produced more than 300 editions of Mitzi’s Country Comments, which was syndicated to 76 stations. Her radio series, Tips from the Farmer to You, was broadcast weekly for two years on the Coast to Coast Radio Network.

Five Factors for Clients Considering Dual Citizenship
Mar 09, 2022
For many HNW clients, an additional passport is like a nontraditional insurance policy that’s better to have and not need, than need and not have.

Thwarting Con Artists Looking to Prey on HNW Clients
Nov 16, 2021
Four principles to share with higher-profile clients to save them time, money and heartache.

What Family Offices Should Look for in a Venture Capital Growth Fund
Nov 03, 2021
Size often matters, but not in the way many might think.

Five Steps to Prepare for Ransomware Before the Labor Day Holiday
Sep 02, 2021
According to both the FBI and the Cyber Security and Infrastructure Security Agency, this Labor Day holiday will be a time when the danger of ransomware attacks is high.

When it Comes to Vendors and Services, Size Matters
May 25, 2021
Mid-range funds may actually be better suited for some family offices.

The 10-Step MRI for a Company’s Culture
Apr 27, 2021
Find out where things are going well and where they can be improved.

Is Venture Debt a Realistic Option for Family Offices?
Feb 24, 2021
How is it different from venture capital and what are the risks?

Six Questions to Ask About a Charity
Jan 05, 2021
How to help your clients invest their philanthropic dollars in a charity that will last.

How to Get the Most Out of Virtual Business Conferences
Jul 28, 2020
The virtual world may not necessarily be better, but it has a lot going for it.