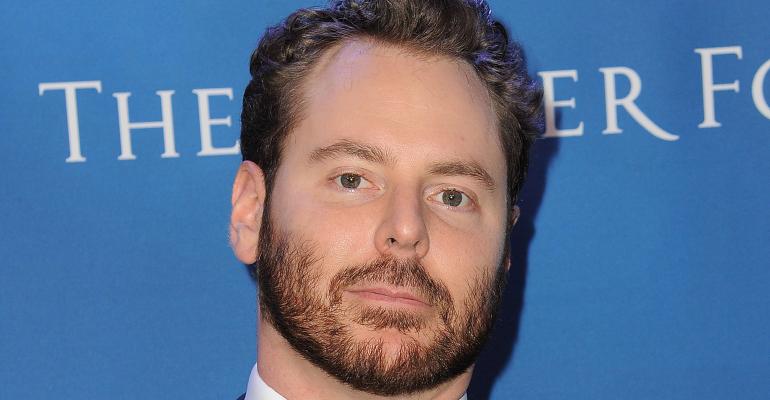 A Few Billionaires Are Turning Medical Philanthropy On Its Head

What Sean Parker, Mark Zuckerburg and Sandy Weill all have in common.

(Bloomberg) --Sean Parker decided to take on cancer by throwing so many deep-rooted basics of research tradition out the window that he very nearly drove away the academics he wanted to attract.

Among the many curious things about the institute established in April by Parker, Facebook Inc.’s first president and a co-founder of Napster Inc., is that scientists must pledge to collaborate instead of compete and to concentrate on making drugs rather than publishing papers. What’s more, marketable discoveries will be group affairs, with collaborative licensing deals -- no matter who led the research.

Many of the top cancer specialists who met in San Francisco to hear Parker’s pitch three years ago were flummoxed as he explained profits would be distributed among all the institutions, though main inventors would get bigger shares and the  Parker Institute for Cancer Immunotherapy would take a cut as well. More than a few in the room at the Ritz-Carlton Hotel just couldn’t track how it would work.

“People were thinking, ‘Was this for real? Are you trying to make money?’ ” said Jeffrey Bluestone, the institute’s chief executive officer and an immunology researcher at the University of California at San Francisco. It was too against the grain for some, but now there are more than 300 researchers on board and clinical trials are underway.

Parker, 36, is one of a handful of very wealthy patrons making unconventional arrangements in a race to get game-changing drugs to market faster. Or, as Facebook CEO Mark Zuckerberg, 32, and his wife, Priscilla Chan, a 31-year-old pediatrician, have framed it: to “cure, prevent or manage all disease” by the end of the century.

Parker, who started his institute with $250 million in seed money, said there’s no point in going down the well-trod roads. “The world is full of pretty stodgy foundations that generally do pretty safe things. I’d rather see what happens when you do something totally different that’s never been tried.”

At the moment, there’s cautious enthusiasm about such donors, considering the status of federal funding. Most money for research has come from the National Institutes of Health, whose appropriations have been basically flat for 13 years. The trajectory isn’t expected to change.

“People are getting creative,” said Susan Desmond-Hellmann, CEO of the Bill & Melinda Gates Foundation and a former cancer researcher. “Youth and innovation are driving an agenda.”

To be fair, it’s not only the young. In April, former Citigroup Inc. CEO Sandy Weill, 83, and his wife Joan, 82, gave UCSF $185 million for neurosciences research, with several prerequisites. Last year, Nike Inc. co-founder Phil Knight, 78, donated $500 million to the Oregon Health & Science University -- though only after the school agreed to match the sum -- to recruit hundreds of scientists from other institutions to focus on early cancer detection.

The advent of synergistic organizations may signal that “the academic ivory tower is slowly going away,” said Christiana Bardon, managing director of an oncology-focused fund at the investment firm MPM Capital. Parker’s outfit in particular appears to be geared toward scoring deals with drug companies, which is “a very different way of framing the question and the end goals,” she said.

“One approach says ‘Let’s win Nobel prizes,’ but model B is, ‘Let’s get three drugs that we did research on approved.’ That’s much more pragmatic and aggressive and impactful.”

U.S. scientists are trained to compete for everything: grants, patents, licensing deals, prizes, you name it. Intellectual-property rights, and financial rewards, are supposed to be earned just for one’s own institution.

They’re not accustomed to sharing, Desmond-Hellmann said, and Parker’s novel intellectual-property consortium will be a test. “Will that be better? Will we get a bigger return on investment? I have no idea, but it’s exciting.”

Parker, whose net worth the Bloomberg Billionaires Index puts at about $3 billion, started his institute with money from his nonprofit Parker Foundation. Zuckerberg and Chan, with a net worth of about $50 billion, are beginning with $3 billion from their Chan Zuckerberg Initiative, which unlike typical philanthropic outfits is a limited liability company. That gives the couple more flexibility; for example, they don’t have to give to charity every year and can make investments and political donations.

As for the Weills, whose gift to establish the UCSF Weill Institute for Neurosciences is the largest single donation in the school’s history, their approach is more traditional, though with twists. They required that psychiatry and neuroscience researchers be under the same roof and that treatment clinics be established alongside labs. They wanted to send a message: People with mental illnesses have brain disorders. “It’s not their fault,” Joan Weill said.

It will be years before there’s evidence any of these experiments are bearing fruit. Parker’s not sweating it.

“The only thing I can be certain about is that if you listen to all of the people who would tell you how do it the conventional way, the outcome you’re going to get is kind of unexceptional,” he said. “Maybe it’s irresponsible to keep trying some variant of the same thing.”