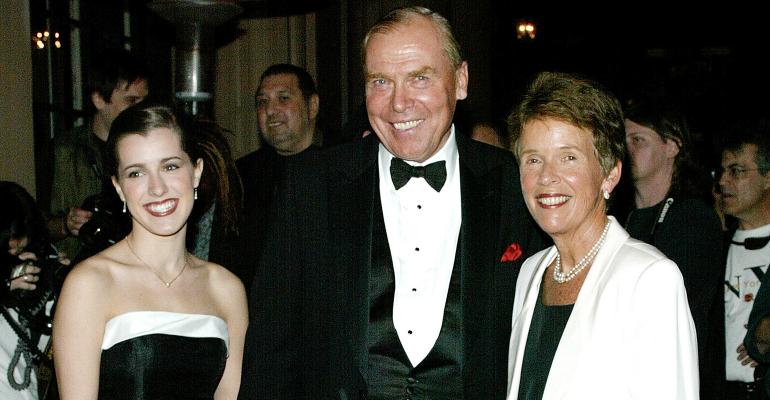 (Bloomberg) -- When billionaire Jon Huntsman Sr. died last year at the age of 80, he left behind a wife, eight children, 56 grandchildren and 26 great-grandchildren.

He also left a family office to help take care of them, as well as continue the clan’s charitable giving.

Peter Huntsman, 56, focuses on running the publicly traded global chemical giant that bears the family name, while younger brother Paul works to diversify the family money beyond its reliance on Huntsman Corp. That includes making direct investments in a business that produces chemicals for U.S. Department of Defense and NASA rockets, as well as a Guam telecommunications firm that provides critical links to the militarily sensitive island.

“A lot of families, particularly legacy families, may not have the experience in sourcing and executing transactions, and we still kind of have that in our DNA,” said Paul, 50, who started Huntsman Family Investments five years ago with his father. “We were like a merchant banker or PE fund during the 1980s and 1990s, because my father was basically a deal junkie.”

Salt Lake City-based HFI was funded with more than $1 billion from family foundations and trusts, according to Huntsman Sr.’s memoir, “Barefoot to Billionaire: Reflections on a Life’s Work and a Promise to Cure Cancer.” A big chunk of the assets -- about $655 million in 2017 -- are from the Huntsman Foundation. The family wants to invest the foundation’s money to fund giving for generations to come.

Like many family offices, the Huntsmans are increasingly looking to do direct deals, often tapping a network of wealthy families as co-investors. A UBS Group AG survey released in September found that 46% of 360 global family offices surveyed said they plan to put more money into direct private equity investments in the coming year.

HFI typically looks to invest between $25 million and $50 million, with a time horizon of 10 to 15 years, said Benjamin Wu, 31, a partner in the firm who earlier worked at RedBird Capital Partners. He invests alongside the Huntsmans using his own family’s money, much of which was made in real estate.

“The risk-reward equation is very important to us, because ultimately this will fund the charitable endeavors of the foundation -- cancer research, mental health awareness,” Wu said. “It’s not just going to line family member’s pockets so it gives it a little more meaning.”

The Huntsmans have a big presence in Utah. A devout Mormon, Huntsman Sr. married the daughter of a man who later became an apostle in the Church of Jesus Christ of Latter-day Saints. Both families trace their roots back to the 19th century Mormon pioneers who followed Brigham Young to the Salt Lake Valley. Huntsman served in mostly senior church leadership positions for more than 50 years.

He and his wife Karen gave away about $1.5 billion in his lifetime, much of it to establish and support the Huntsman Cancer Institute on the campus of the University of Utah. His name is also on the university’s sports arena and other buildings around the state. The couple signed Warren Buffett’s giving pledge in 2010, promising to give their fortune to help cure cancer and support other causes.

The Huntsman’s influence also has been felt beyond Utah’s borders. In the 1970s, Huntsman Sr. served as special assistant and staff secretary to President Richard Nixon and later briefly ran for governor of Utah.

Jon Jr., a presidential candidate in 2012, worked in five White House administrations, including stints as ambassador to Singapore, China and Russia. The 59-year-old father of seven served as governor of Utah from 2005 to 2009, and recently announced he was running again next year. Paul, a father of eight, bought the Salt Lake Tribune in 2016. A recent Internal Revenue Service ruling that allows the struggling newspaper to become a non-profit means it cannot endorse political candidates.

The family made several earlier attempts at diversification. In 2007, Huntsman Sr. tried to do so in one fell swoop by selling the family firm to Hexion, a chemical company backed by Leon Black’s Apollo Global Management Inc. He formed a private equity firm, Huntsman Gay Global Capital, with Paul and a partner to invest the proceeds.

Hexion and Apollo then tried to back out of the deal, resulting in a court battle that ultimately led to a settlement of $1 billion for Huntsman Corp. from various parties. The private equity firm went ahead, but the Huntsmans largely bowed out in 2014.

“We didn’t want to be constantly fund-raising and we’re contrarian in a way that institutional investors tend not to be comfortable with,” Paul said.

In 2017, Huntsman Corp. and Switzerland-based chemical company Clariant AG agreed to merge, but opposition from activist investors scuttled the deal.

Still, the Huntsmans successfully negotiated many deals over the decades, building a network of contacts around the globe. “A lot of opportunities come our way,” Paul said, referring to the family office.

HFI’s first big deal -- the acquisition of American Pacific Corp. in 2015 -- was brought to it by a bank, Wu said. The Cedar City, Utah-based company is the sole producer of ammonium perchlorate, the primary oxidizing agent in solid propellant rockets, booster motors and missiles used for space exploration, commercial satellite launches and national defense, according to its website.

“We looked at it as a specialty chemical business, but it ended up being more of an aerospace and defense business,” Paul said in an interview this month at a Goldman Sachs Group Inc. philanthropy forum in New York.

The family office’s second major investment, GTA TeleGuam, arrived through different channels. “It came through a close friend we’d been working with on other transactions, out of Hong Kong,” Huntsman said.

The telecom was owned by a Japanese private equity firm, which was having a hard time getting approval from U.S. regulators for a sale, given the number of critical government agencies that depended on it for communications services.

Huntsman’s friend “needed a U.S. family, someone the Committee on Foreign Investment in the U.S. would agree to, since any sensitive asset that involves the national security of the country has to be approved by CFIUS,” he said. The Huntsmans partnered with local Guam families on the 2017 deal, terms of which weren’t disclosed.

HFI’s focus on investments linked to national security wasn’t intentional, Huntsman said. But the office tends to like mature businesses that have good cash flow and high barriers to entry.

“It’s very similar to how my father looked at the chemical businesses,” he said.