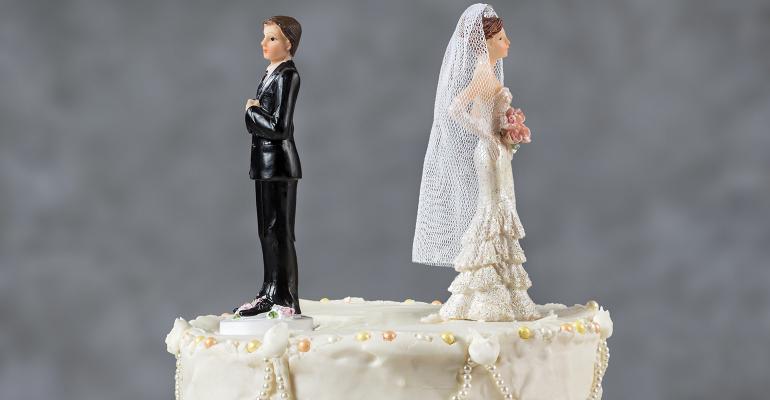 The Evolution of Divorce for Wealthy Women

Women are entering into marriage with more assets and greater earnings potential than ever before.

Evolving gender roles have had a seismic impact on marriage and divorce for women.

According to the U.S. Census Bureau, in the past 50 years, the average age of women marrying for the first time increased from 20.8 to 27.8. Primary factors for this trend include the growth of educational and employment opportunities for women. Consequently, women are entering into marriage with more assets and greater earnings potential than ever before. On the flip side, divorce has become a reality for millions of women.

Advisors should be cognizant of these shifts and familiarize themselves with some of the unique issues they present for high-net-worth female clients and the options available to them.

Often considered a dirty word among underinformed clients, prenups are actually an attractive and versatile option for women seeking to protect their premarital assets and future career or business prospects.

In a prenup, a couple can agree on terms that would complement their anticipated family structure. For example, both spouses may work during the marriage and possess similar financial means. As a result, they may prefer to enter into a prenup that provides that their earnings would remain separate on divorce.

Alternatively, a couple may opt for an arrangement in which one spouse works outside of the home and the other spouse primarily raises the children. Accordingly, the couple may prefer to split the assets accumulated during the marriage and provide for spousal support in the event of divorce.

With the largest intergenerational transfer of wealth in history currently taking place, the role of women in managing and safeguarding family assets shouldn’t be overlooked. Protecting gifts, inheritances and family businesses are significant benefits that women may glean from prenups.

Over time, divorce laws have become more gender-neutral. Women are no longer given priority regarding custody. Rather, there’s a presumption of joint custody in many states. Property division is determined based on state laws instead of by title or who earned the money. Spousal support rules vary by state but may be payable to or from either party, regardless of gender. Most states have a statutory formula for calculating the presumptive amount of spousal support, as well as enumerate factors on which a court may deviate upward or downward.

Under the new norm, a woman may earn more than her spouse during the marriage and have to pay spousal or child support on divorce. In addition, there are usually guidelines governing the duration of spousal support. There’s a trend away from permanent spousal support awards to durational awards. The rationale is to enable a spouse to become self-supporting within the established time frame. However, in practice, this may produce harsh results to a spouse who’s been out of the workplace for a long time or never worked.

In marriages adhering to more traditional gender roles, homemakers may be unable to maintain the marital lifestyle postdivorce under laws that place an increasing emphasis on self-support.

The term “gray divorce” was coined to describe individuals 50 and older who are getting divorced. At any age, divorce can have devastating financial consequences. However, it can be especially difficult when it happens later in life.

Special considerations exist for women getting gray divorces. Many women in this age group have been out of the workforce for a long time or earn less than their spouses. As a result, they may be dependent on their exes for financial support or maintaining and paying for health insurance coverage after a divorce. Additionally, if married for more than 10 years, they may qualify to collect Social Security based on their former spouse’s employment record. The divorce settlement may constitute the primary or sole source of funds for retirement, so it’s crucial for it to be properly managed.

Women are more financially independent now than at any time in history. However, women still have a tendency to leave financial decisions to their spouses. It’s important for practitioners to educate their female clients on all aspects of planning early in their careers. Encouraging women to take control of these decisions will lead to a much smoother transition should a marriage disintegrate.

This piece is adapted from the authors’ original article in the September 2019 issue of Trusts & Estates.