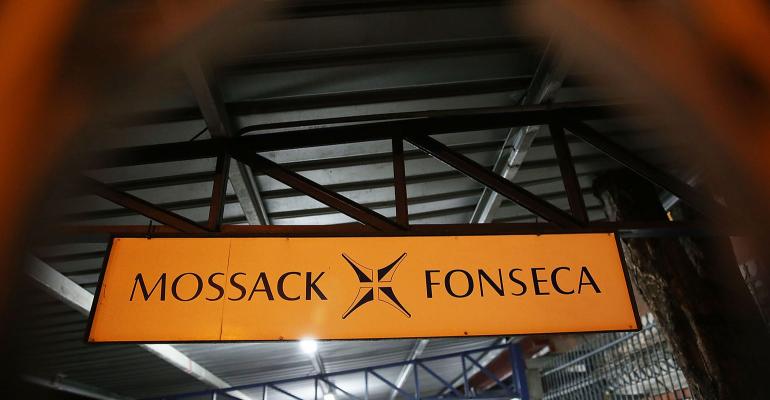 These changes will have a meaningful impact for those who, until now, have found it easy to use offshore financial vehicles to reduce their tax payments.

(Bloomberg View) -- The revelations about offshore accounts that came to light in the so-called Panama Papers will reinvigorate government efforts to rein in not just tax evasion, which is illegal, but tax avoidance, too.

They will also add to popular frustration that will challenge the authority of some government officials. The uproar will bring about enhanced enforcement measures. yet there also will be unintended consequences that will further erode the credibility and effectiveness of the political establishment, including its ability to govern from the center, which is already being tested.

In the wake of the global financial crisis, and given the alarming surge in wealth inequality, the governed will prove far less accepting of the legal distinction between tax evasion and tax avoidance. Both are now viewed not just as "tax dodges," but also as the unfair perks of the better-off and more-connected members of society in many countries.

Enter last week's "Panama Papers," the trove of more than 11 million pages of documents from Mossack Fonseca, a Panama-based law firm. The documents suggest that in both advanced and developing countries, some of those who hold power, and those with access to them along with the "rich and famous," used the firm to establish and manage offshore entities that are designed to protect capital and minimize taxation.

The political repercussions were immediate, and are likely to spread. Already, the scandal has led to the resignation of Iceland's prime minister, to a political outcry that has required U.K. Prime Minister David Cameron to release his tax returns (a first for Britain's top elected official), and has abruptly ended the political honeymoon of Argentina's new president, Mauricio Macri.

In addition, countries including Germany are stepping up efforts to look into curbs on legal, but morally questionable tax avoidance schemes that benefit the wealthiest. As with earlier steps to limit money laundering, the focus will be on more stringent reporting requirements, better international sharing of data, and more closely coordinated cross-border verification and enforcement efforts.

These changes will be quite visible; and will have a meaningful impact for those who, until now, have found it easy to use offshore financial vehicles to reduce their tax payments. The measures' effects on politics and governance, while they will be less visible, could be more consequential for broader segments of society.

Another Blow to the Political Establishment

The Panama Papers are yet another blow to the political establishment. They amplify popular resentment toward governments that already are perceived by a significant segment of the population as turning a blind eye to tax-dodging. That anger is stoked by disclosures that some high-ranking officials also availed themselves of the shelters. And though no laws were broken in most cases, the documents will feed the perception that the privileged are allowed to play by different rules.

Indeed, for many, the Panama Papers are reminiscent of a broader phenomenon that played out in the run-up and the aftermath of the 2008 global financial crisis: The perception of a system run and managed by a political establishment that serves the rich and connected and fails to hold these elites accountable for the damage they cause to the rest of society. There is still notable residual resentment that very few bankers were brought to justice for their role in a financial debacle that caused significant misery and almost tipped the world into a devastating multiyear depression.

By stoking residual anger and fueling anti-establishment movements, the Panama Papers will make it even harder for the established parties to come together and implement policies aimed at overcoming years of sluggish economic growth, worsening inequality and artificial financial stability.

In addition, two other developments last week also eroded the credibility of the political establishment: the failure of the Dutch government to convince citizens to back a trade and cooperation agreement between the European Union and Ukraine, and the turnaround of a growing number of members of the Republican establishment (including Lindsey Graham, Mitt Romney and Scott Walker) who lined up behind Ted Cruz as their preferred candidate.

There will be even less appetite to govern from the bipartisan political center, thus making it more difficult to secure sufficient buy-in for pro-growth structural reforms, better demand management and more timely solutions for excessively high levels of over-indebtedness.

There's no doubt that the Panama Papers will produce greater efforts to reduce tax minimization (whether through legal avoidance or illegal evasion). That is good news for liberal democratic systems that rely on a rule of law that is viewed as fair and credible. But in the short-term this will be accompanied by even stronger resistance to the kind of political unity that is needed in several countries to deliver high growth and genuine financial stability.