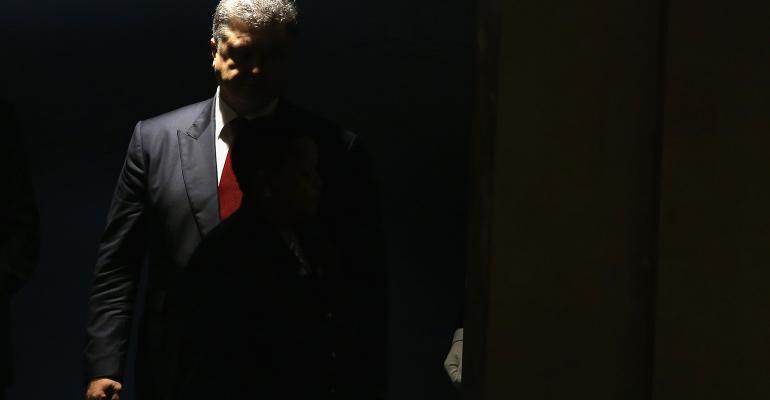 What Do the Panama Papers Mean for Offshore Wealth Management?

The oft-shadowy world of international wealth management was cast in an unwelcome glaring light over the weekend.

On Sunday, the German newspaper Süddeutsche Zeitung released what it’s calling the Panama Papers, roughly 11.5 million files leaked from Panama-based law firm Mossack Fonseca, which specializes in managing companies and money in offshore jurisdictions. The leak, which came from an anonymous whistleblower, represents a treasure trove of documents revealing the identities of many of Mossack’s clients and laying bare the inner workings of their secret accounts. It offers evidence of widespread bribery, corruption and money laundering, among other crimes, and has been deemed by Edward Snowden as the “Biggest leak in the history of data journalism.” Mossack’s client list includes a mix of criminals, big-businessmen, politicians and heads of state, including such luminaries as the prime minister of Pakistan, Nawaz Sharif and Ukrainian president Petro Poroshenko.

Mossack created bespoke shell companies, often located in international tax havens like the British Virgin Islands, Panama and the Bahamas, for wealthy clients looking to house assets in secret. Transactions generally occurred through a series of intermediaries to protect the anonymity of the client and to give the firm plausible deniability of any wrongdoing that may arise from the secret accounts.

It’s important to note that setting up a shell company in a tax haven through an intermediary isn’t, in itself, illegal. But, what happened in many (but not all) of these accounts certainly was. In its own defense, Mossack claims that it complies with anti-money-laundering laws and seeks to cast the blame at the feet of the lawyers, banks and accountants who acted as intermediaries.

Does this herald the end of offshore accounts? The reality is that ever since the financial crisis, the offshore wealth management sector has been reckoning with the decline of client anonymity and has largely shifted into other areas. So, while the contents of the leak are shocking, they’re also based on a somewhat outdated paradigm and in a sense it’s old news to those in the industry.

Andrew Haslip, Verdict Financial’s Head of Content in Asia-Pacific for Private Wealth Management wrote, “[T]he leak is not likely to significantly impact the offshore wealth management sector. Offshore wealth managers have been dealing with the decline in client anonymity for quite some time, and the Panama Papers are simply the biggest leak to date. Ever since automatic disclosure became the standard in the wake of the financial crisis, the industry has been transitioning away from client anonymity as an impetus for investing offshore.”

Nuri Katz, president of Apex Capital Partners, Corp., sees the outrage as a case of willful ignorance: “I’m baffled by the surprise over this. These tax havens are part of the U.K. Of course everyone knew what was going on.”

As world governments, hungry for tax revenue, have increasingly taken aim at wealthy citizens attempting to hide their assets offshore, financial transparency programs, like FATCA and the Common Reporting Standard, have eroded the appeal of the once-ubiquitous numbered Swiss account.

Katz believes that, “This leak shows that client confidentiality is basically no longer available.”

From an academic point of view, the leak seems to be viewed less as evidence of an oncoming sea change and more as an interesting curiosity. “That the global elite ensconce their money in offshore tax havens and byzantine corporate structures is nothing new. However, these latest revelations… are novel in that they show how elites from different walks of life come together in order to avoid scrutiny of their affairs by state authorities and the public more broadly,” says Crawford Spence, a professor of accounting at Warwick Business School in the U.K. who specializes in tax mitigation strategies.

While the Panama Papers are sure to lead to criminal and tax investigations of some of the wealthiest and most powerful people in the world (and possibly criminal convictions), they’re unlikely to cause sweeping change in the offshore wealth management industry; that change is already occurring and has been for several years. Mossack Fonseca represents one of the last bastions of a shadowy international financial system that is rapidly ceasing to exist.