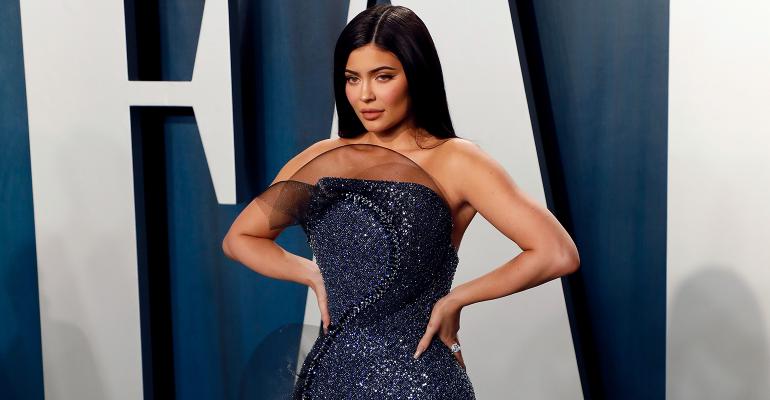 Did Kylie Jenner Lie to the IRS?

The beauty mogul might end up in hot water after Forbes uncovered tax document inconsistencies.

Celebrities … they’re not just like us. Not unless you allegedly forged your way to billionaire status on the Forbes list that is.

In a scathing revelation, Forbes posted a seeming exposé of 22-year-old beauty mogul Kylie Jenner, dethroning her from her previous billionaire status. Forbes, a publication well-known for its wealth rankings, is noted for doing its due diligence when coming up with the numbers so an about-face of this sort is surprising on many levels (Forbes had previously touted Kylie as the youngest self-made billionaire ever in a March 2019 cover story).

Why the sudden change of heart? According to the article, filings released by Coty, the company that acquired a 51% stake in Kylie Cosmetics (Kylie’s brand, which had largely helped skyrocket her to apparent billionaire status) in a $600 million deal last year, appear to show that Kylie’s business is significantly smaller than the Kardashian-Jenner clan wants you to think and that it’s also less profitable than previously thought.

So how did Kris Jenner, the matriarch and business machine of the clan, manage to convince Forbes, among other reputable publications, of the billionaire status of her youngest star? Apparently, Kris used her savvy businesswoman chops and was more than happy to open the books, including tax returns, to Forbes to prove that the numbers were there to show that Kylie is indeed a billionaire. In fact, it was Kris that supposedly constantly hounded the publication to up Kylie’s ranking. However, based on the public documents released by Coty, including revenues during a 12-month period preceding the deal, the numbers were much lower than previously published estimates. The math just doesn’t seem to add up – the numbers are “[s]o much smaller, in fact, that there’s virtually no way the numbers the Jenners were peddling in earlier years could be true either.”

Forbes says it’s possible that the business declined in revenue by more than half over the course of a year. However, in a bold statement, the authors believe that it’s likely the Jenner clan has been lying about the numbers for years. According to the story, “While we can’t prove that those documents were fake (though it’s likely), it’s clear that Kylie’s camp has been lying.” It also went on to say the usually chatty family stopped responding when pressed for answers by the publication.

As any accountant or financial advisor can tell you, falsifying tax return documents (such as by falsifying your income) is a serious offence, which can result in both hefty fines and criminal prosecution. Overstating income is considered tax fraud by the Internal Revenue Service if the taxpayer represents that income to a third party with the intent to misrepresent for financial gain, for example to secure money from a lender or bank. It’s also considered fraud if income is overstated for the purpose of obtaining a tax benefit or tax credit and would likely be so even if the benefit or credit was received inadvertently as a result of the falsified numbers.

Given the amassed wealth of the family, they’re surely on the IRS’ radar, and it’s unclear whether Kylie or the rest of the family would go to such lengths to appear wealthier than they actually are (or whether perhaps they could have drafted fake documents just to show Forbes but not actually file them). What’s interesting is that usually, high-net-worth individuals accused of fraudulent or false tax documents do so for reasons of economic gain (for example, tax evasion). What, if anything, Kylie stood to gain by pretending to be a billionaire in the media, other than more fame and attention (for what's already the most recognized family on the planet) is also unclear.

Unfortunately, even if Kylie was just after the clout of being named a billionaire, and financial gain (aka tax fraud) was never her intent, which it likely wasn’t, she could have potentially shot herself in the foot, as she may not be able to claim future lucrative tax deductions and other benefits if the IRS does indeed audit and determine that she falsified her income.

Although any IRS punishment remains to be seen, Coty did see its shares temporarily plunge 13% after the news broke; however, not to worry, the Kardashian-Jenner machine was back in action, with the company’s stock jumping shortly after the announcement of a potential collaboration with half-sister Kim Kardashian.

As for her part, both Kylie (via Twitter) and her attorney, Michael Kump, via a statement, vehemently deny the Forbes’ claims, stating that “[t]he article is filled with outright lies.”