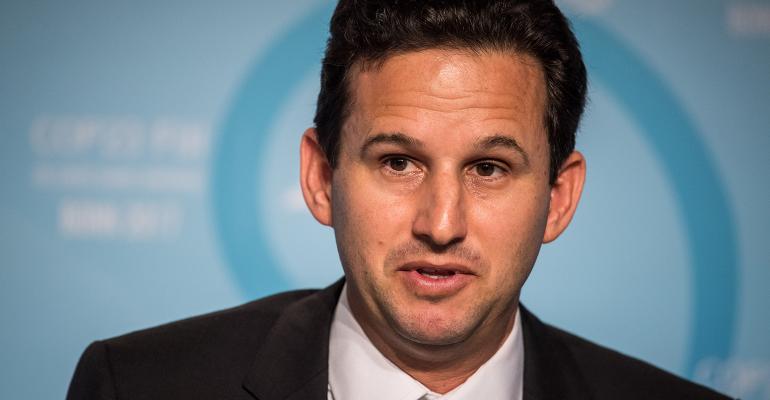 Senator Brian Schatz, a Hawaii Democrat, is working on a plan that would tax financial trades.

(Bloomberg) --Wall Street would bear the brunt of the latest tax proposal as Democrats jockey for the most progressive tax ideas with the approach of the 2020 elections.

Senator Brian Schatz, a Hawaii Democrat, is working on a plan that would tax financial trades, according to his spokesman, Michael Inacay, who declined to provide details on how, exactly, it would be structured.

Financial transaction taxes typically place a levy of a fraction of a percent on the price of a securities trade. The idea has gained popularity within the Democratic Party as a way to curb high-frequency trading as well as raise revenue for progressive policies such as free college tuition.

Such a tax, however, remains a legislative long shot, especially with Republicans in control of the White House and the U.S. Senate.

For now, though, it adds to the array of progressive tax proposals Democrats could embrace to distinguish themselves from the GOP going into the next election season. Some of the ideas are emerging from the U.S. House, which is now in Democratic hands. And presidential hopefuls are beginning to campaign on large-scale tax plans that would largely hit the wealthy, and a series of recent polls show a majority of voters like the concept.

Schatz, 46, has not been among the prominent Democrats to express interest in replacing President Donald Trump, but he has been part of the effort to pull the party to the left, on taxes and other issues.

The tax plans come in various forms. Senator Elizabeth Warren of Massachusetts has proposed an annual 2 percent wealth tax on net worth of more than $50 million and Senator Bernie Sanders of Vermont advocates raising the estate tax rate to 77 percent and expand the number of fortunes that would would be liable for the levy.

The estate tax exemption was $3.5 million as recently as 2009. The 2017 tax overhaul, installed by Trump and the Republican-controlled Congress, increased it to $11 million through 2025, and some Senate Republicans are renewing an effort to repeal the tax entirely.

Senator Kirsten Gillibrand of New York, another 2020 presidential candidate, as well as Sanders, has backed plans that would tax financial trades. The revenue of a tax set at 0.1 percent of the value of a securities trade is estimated to raise about $777 billion over a decade, according to the Congressional Budget Office.

Critics of such taxes say they would make capital more expensive for companies, meaning they’d raise less of it, and that they reduce liquidity in markets.

Overseas, the idea for a tax on financial trades in gaining steam. Stock buyers in Europe would pay a 0.2 percent tax under a plan that Germany and France proposed last month.