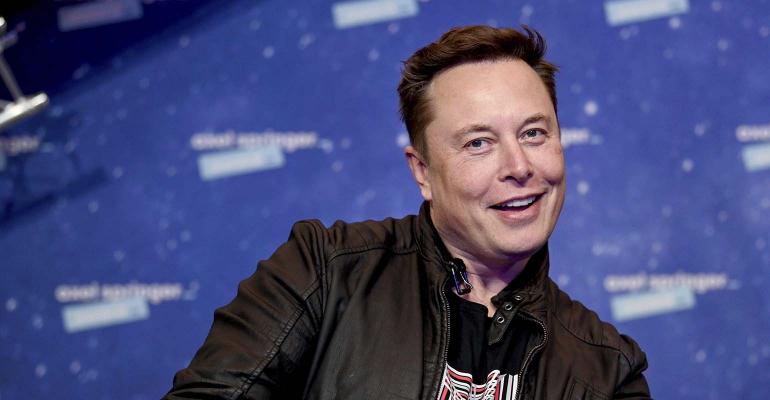 Does it really matter that a billionaire hasn’t disclosed the recipient of history’s second-largest charitable gift?

We recently learned that Elon Musk donated $5.7 billion worth of Tesla shares late in 2021. It’s believed to be the second-largest charitable gift in history. However, most of the media coverage about Musk’s generosity has been skeptical and accusatory at best. Instead of talking about all the good his largesse will do, we hear nothing but concern about where the gift went, why it should be disclosed and how Musk might be using a “loophole” by donating to his donor-advised fund (DAF). It’s unfortunate that we’ve become so jaded that we don’t recognize the magnitude of Musk’s gift and instead focus on all of its supposed flaws.

Musk is a notoriously provocative figure who’s become a master of both traditional media and social media. Yet, he’s taken great pains to keep his enormous gift quiet, and perhaps that’s what’s driving speculation. Cynics will tell you he’s simply placed the Tesla shares in his DAF so he can get a big tax deduction without really giving the money to charity. Not true, but I can see where the cynicism stems from.

Back in 2015, Facebook founder Mark Zuckerberg and his wife, Priscilla Chan, announced their intention to give 99% of their wealth to charity. They introduced the Chan Zuckerberg Initiative (CZI) to great fanfare, and most people, including members of the press, overlooked the fact that the couple hadn’t really given away anything at all. In fact, Chan Zuckerberg simply placed Facebook shares into a limited liability company (LLC) and still use the LLC today to make some grants. But technically, they haven’t yet made a completed gift.

DAFs are very different. If Musk’s Tesla shares are sitting in a DAF, and I believe they are, the money has in fact been given away. DAFs represent a completed gift to charity. Period.

The fact that Musk’s Tesla shares haven’t yet been distributed to end-user charities is a different matter. His approach makes sense if you think about it. No conscientious donor could efficiently distribute $5.7 billion in a very short time period. Giving that much money in a single donation would break the infrastructure of even the best-run charities in the world. It would be silly to think otherwise. Further, DAFs allow for anonymity if desired, so we may never know how the money is distributed. Frankly, the anonymity makes it easier for the charity (or charities) to do their work without outside interference.

Part of the attraction of the DAF structure is that it allows people to make sizable gifts and then distribute the funds at a comfortable level, with ample time to do research, consider options, review the missions and financial statements of potential recipients, or apply any other evaluation criteria they desire. MacKenzie Scott, ex-wife of Jeff Bezos, used to announce how her philanthropy was allocated. The first $2.7 billion she gave away was widely publicized. Then, she changed her methodology when she gives and no longer identifies recipients or amounts. I imagine there are two reasons for this:

One problem with making large, fast disbursements to the nonprofit sector is that there’s a strong possibility the effort will fail. Remember when CZI devoted $200 million to the Newark, N.J., public school system around 2010? CZI’s well-intended gift is now considered a massive failure of philanthropy because the Newark school system simply wasn’t equipped to handle that much money in such a short time.

Shouldn’t Musk be allowed to take the time needed to figure out how best to deploy a massive gift 25 times the size of what CZI gave to Newark public schools?

Additional criticism surrounds the lack of disclosure about where the funds have gone or are going. Musk is typically very public about his gifts, and he’s tweeted openly about his recent donations of Starlink satellite service to war-torn Ukraine, volcano-ravaged Tonga and other internet-deprived areas of the world.

But so far, Musk has been mum about who’ll receive the nearly $6 billion worth of Tesla shares sitting in his DAF. Maybe he just hasn’t decided yet. Even for someone of Musk’s net worth, $5.7 billion is a decent chunk of change. Why does he need to disclose what he cares about? Some argue that the gift will be in the public interest because it’s so large and that he could “sway public policy.” Doesn’t he already do that?

In Judaism, the highest form of giving is an anonymous gift. Musk describes himself as an atheist or agnostic, but I believe he too wants to give quietly for a while and see what happens.

In the most charitable country in the world, with many of the largest givers making huge gifts, it seems all we can do is criticize large-scale philanthropy when so many people are in need. If I had that kind of money to give away, I wouldn’t tell anyone where it’s going either. If you have clients considering making substantial gifts to causes and organizations most important to them, don’t let the fear of public scrutiny dissuade them. DAFs are just one of many smart techniques they can use to keep their privacy so they can maximize the amount of good their wealth can accomplish.

Randy A. Fox, CFP, AEP , is the founder of Two Hawks Consulting LLC. He is a nationally known wealth strategist, philanthropic estate planner, educator and speaker.