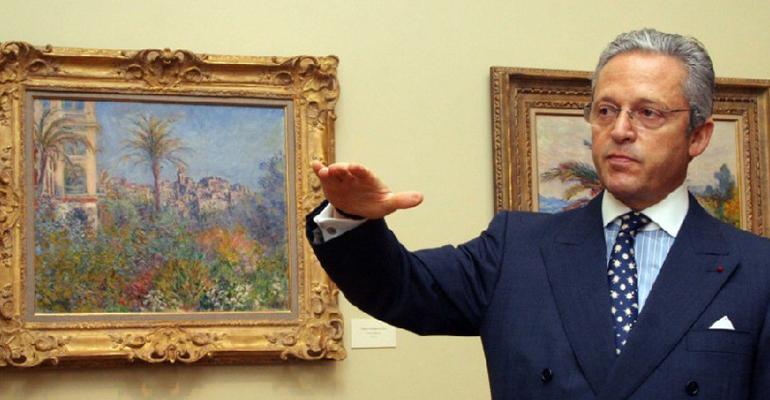 (Bloomberg) --French judges cleared art dealer Guy Wildenstein of charges that he concealed paintings worth hundreds of millions of dollars in offshore trusts to avoid taxes, dealing a setback to the country’s crackdown on tax dodging that spans from banks to politicians and  soccer stars.

Judge Olivier Geron said Thursday that there wasn’t enough proof to rule that Wildenstein was guilty of fraudulently underestimating inheritance taxes after his father placed assets worth hundreds of millions of euros in offshore trusts before his death. Still, the ruling criticized the family, saying they had “a clear intent to evade taxes.”

The month-long trial last year opened a window into the art world and provided insight on the family’s business secrets, which were so fiercely held that Wildenstein said he didn’t learn of many of the financial machinations until the death of his father, Daniel, in 2001.

French courts and investigators have been on the forefront of the fight against tax evasion, handing down a three-year sentence to a former budget minister in 2016 and pursuing probes against UBS Group AG and HSBC Holdings Plc over issues with affluent clients.

“I think it was a mistake to make this a criminal case,” one of Guy Wildenstein’s lawyers, Herve Temime, told the press after the ruling. “It should have been a purely fiscal civil trial.”

Daniel Wildenstein created an offshore trust in the Bahamas in 1998 -- the Delta Trust -- to store about 2,500 works from his collection. A Royal Bank of Canada unit managed it, and a representative told the Paris court in September that its sole purpose was to provide funds for the family.

The Wildensteins sold more than 600 pieces since the turn of the century, generating around $300 million in cash to fund their lifestyle, an RBC representative told the Paris court last year. The family has works worth nearly three times that much in storage.

Wildenstein’s lawyers have said that the assets held in trusts weren’t legally Daniel’s. Instead, they belonged to the trust and shouldn’t count for estate taxes.

Geron said that while the case raised questions about the independence of the trusts, the evidence didn’t allow the court to conclude they were solely shams.

“Intentions, which could be seen as fraudulent, aren’t sufficient to reach a finding of infringement,” the judge said.

“When Daniel Wildenstein died there were no laws and no certainty about whether the assets in the trusts should be taxed,” Temime said. “The court explained that criminal justice cannot replace lawmakers.”

Prosecutors had sought a four-year prison sentence plus a massive 250 million-euro ($265 million) fine that could have roiled the art world if Wildenstein was forced to quickly liquidate parts of the collection to pay the penalty.

The Delta Trust is thought to hold about 2,000 artworks valued at nearly $1 billion. Since the trust was created in 1998, the family’s art sales have been carried out judiciously over the course of nearly two decades -- a January 2016 sale at Christie’s New York, for example, contained 27 works owned by the Wildensteins, which sold for $1.2 million.

A rushed sale over a short period of time could have had a profound impact on an already shaky art market, particularly for works by old masters.