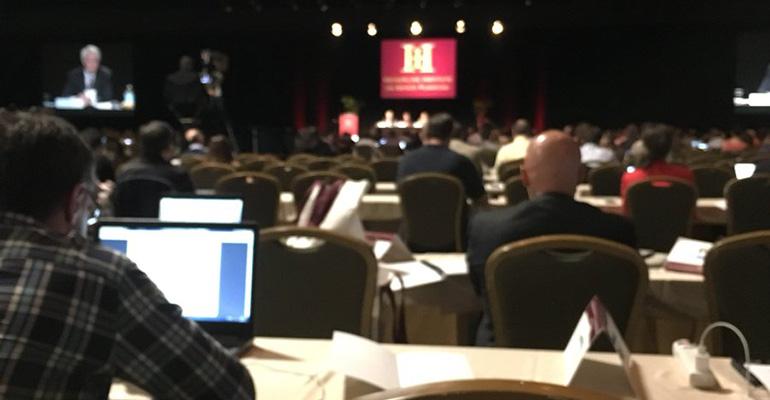 A look at the roles of lawyers, the IRS and the SEC in creating the current shambolic system.

In his presentation yesterday at The 52nd Heckerling Institute on Estate Planning, “Money in Politics: A Hydraulic or a Legal Issue?” Trevor Potter, member in Caplin & Drysdale in Washington D.C., shed some light on the dark and disturbing side of political contributions—particularly those involving organizations that fall under Section 501(c)(4) of the Internal Revenue Code.

Potter rightly points out the many flaws of federal regulation of these not-for-profit charitable organizations, who, according to a 1913 Amendment to the Tariff Act, must operate “exclusively” for the promotion of social welfare. The first being that the Internal Revenue Service defines the term “exclusively” as “primarily.” Further, the IRS has held that “[t]he promotion of social welfare does not include direct or indirect participation or intervention in political campaigns on behalf of or in opposition to any candidate for public office,” yet they haven’t answered the question of what constitutes political intervention and how much campaign intervention can such an organization engage in before it’s considered its primary activity. As a result, these organizations have reported $7.62 million in spending on federal elections in the 2018 cycle alone (and this number only includes the spending that’s required to be reported to the Federal Election Commission).

If that isn’t concerning enough, Potter went on to discuss how a landmark 1976 case, Buckley v. Valeo, upheld limits on contribution to candidates and required disclosure, only to be overrun with loopholes created by creative attorneys over the course of the following two decades.

The 2002 Bipartisan Campaign Reform Act (BCRA) attempted to close these loopholes. And though the Supreme Court upheld most of BCRA’s provisions in the 2003 McConnell v. FEC case; the victory was seemingly short-lived. Since the retirement of Justice Sandra Day O’Connor, the Court has become more skeptical of campaign finance regulations. Potter raised the valid question of whether the current court’s lack of first-hand exposure to corruption within political parties and elections (none are former elected office holders) renders them ill-equipped to deal with the issue.

The consequences of Citizen United weren’t expected by the Court, as admitted by Justice Anthony Kennedy. The decision allowed, for the first time, corporations, including 501(c)(4)s, to make independent expenditures and to donate to super PACs—independent-expenditure only political committees that can raise and spend unlimited amounts from individuals, corporations and unions, so long as they only use those funds to make independent expenditures, rather than contributions to candidates—something that disclosure laws and federal regulations have not caught up with. Because they’re able to do this without disclosure of their names, it raises the issue of “dark money” spending—unreported spending that can hide donors who may have particular self-interests in the particular outcome of an election, donors engaged in pay-for-play and foreign entities seeking influence in our elections (exactly the subject of ongoing investigations).

Potter calls out the Securities Exchange Commission and the IRS, asserting that both routinely deadlock and fail to enforce what law is on the books. He also lays blame with Congress, for prohibiting the IRS and SEC from doing their job and suggests that Congress should change the laws, rather than prohibit the agencies from enforcing them. He feels that this is being done to advance their partisan interest and is offensive to broader public interest, in turn, lessening Americans’ faith in our government.

In addition, the Trump administration has also attempted a partial rollback of the Johnson Amendment (the law prohibiting charitable political activities). According to Potter, repeal of this prohibition would “not only create new avenues for dark money, but it also would make contributions for secretive political spending tax-deductible.” Although the repeal didn’t end up in the new tax bill, it’s possible it may reappear in the House Reappropriation bill.

Some of Potter’s suggested remedies include:

One topic Potter didn’t touch on was the role of estate planners in this conundrum—certainly some have clients whose bequests end up funding these secretive political contributions? Should clients be warned to think twice before making contributions to certain Section 501(c)(4)s, at least until there is effective disclosure?