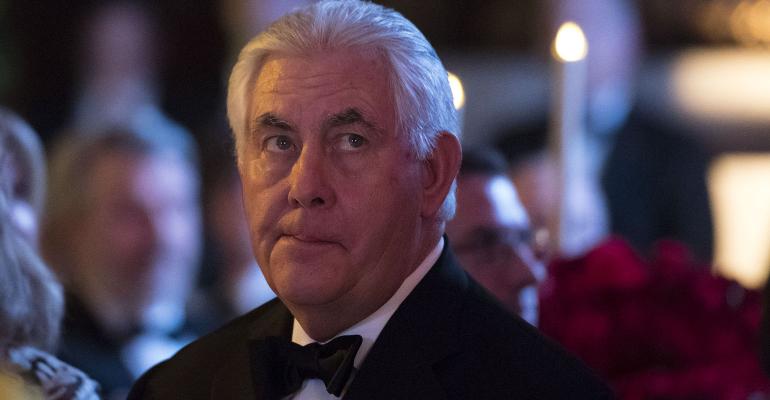 The wealth of President Donald J. Trump’s cabinet appointments has garnered much attention over the past several weeks. With one estimate placing the collective net worth of the appointees at over $4.5 billion, controversy was sure to follow, particularly because some of that controversy stems from an unusual source: the Internal Revenue Code. An obscure tax law created as part of The Ethics Reform Act of 1989, IRC Section 1043 provides for special rules related to the sale of property necessary to comply with conflict of interest requirements. While the Washington Post's headline declared that Trump’s “cabinet could avoid millions in taxes thanks to this little-known law,” the reality of the Tax Code is more granular and less conducive to shocking headlines.

Section 1043 allows certain eligible persons to defer taxable income arising from the sale of property pursuant to the ethics rules, as long as the sales proceeds are reinvested in permitted property. Eligible persons include: 1) officers or employees of the executive branch or a judicial officer of the federal government, 2) any spouse, minor or dependent child whose ownership of any property is attributable under law to an officer or employee described above, or 3) a trustee of a trust in which an eligible person has a beneficial interest.1 The goal is to avoid penalizing individuals who must sell assets to take on a public service role.

Eligible employees aren’t simply allowed to sell assets and defer gain under this provision at whim. The sale of the property must be required by a certificate of divestiture (CD) granted by the director of the Office of Government Ethics (OGE) for executive branch employees, or by the Judicial Conference of the United States for judicial officers. Further, taxable gain is deferred only to the extent the employee reinvests the sales proceeds in permitted property within 60 days from the sale date. The IRC defines permitted property as any obligation of the United States (T-bills, bonds, etc.) or any diversified investment fund approved by regulations issued by the OGE. The OGE regulations essentially allow for investment in broad-based, diversified mutual funds or unit investment trusts, which would include investments such as an S&P Index fund, municipal bond funds not geographically limited and growth stock funds.

Section 1043 sales are similar to like-kind exchanges, a concept familiar to real estate investors, and is even reported on the same tax form, Form 8824. Eventually, the employee will pay tax when the replacement property is sold. Some argue that simply holding the assets until death would eliminate the income tax via the stepped-up-basis regime. That’s certainly true, currently, but could change depending on future tax reform. In the meantime, the employee has been able to diversify his portfolio without income tax consequence. Several senators have taken exception to this tax-free diversification by proposing the “No Windfalls for Government Service Act,” which would limit to $1 million the amount of capital gains that can be deferred under Section 1043. One can debate the politics of Section 1043, but be sure to call it what it is: tax deferral.