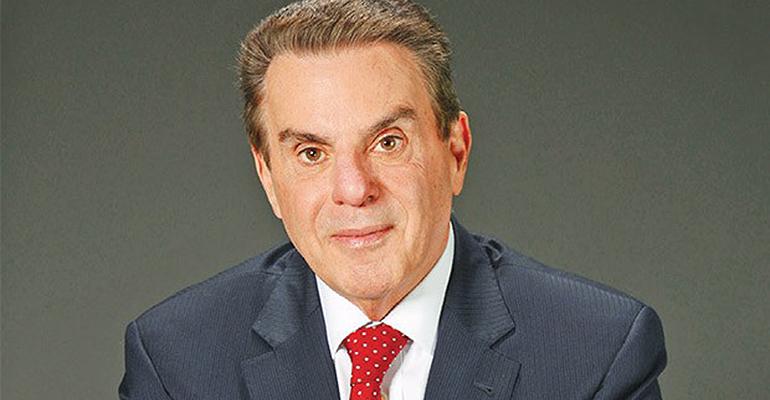 By Zara Kessler and Michael McDonald

(Bloomberg) --If you’re out to make the big bucks, higher education might not be the first field that comes to mind. But for those at the very top—college presidents—the pay can be rich.

How does $5.4 million sound? That’s how much Jack Varsalona made in 2014. He’s the president of Wilmington University, a private university based in Delaware, with about 20,000 students.

Varsalona is one of 39 private college chief executives who made more than $1 million in total compensation in 2014, according to data released Sunday by The Chronicle of Higher Education, up from 32 in 2013. Average total compensation, including college heads who served for only part of the year, was $489,927. For those who served the full year, it was $512,987.

The Ivy League had a few particularly well-paid presidents, with the heads of the University of Pennsylvania, Columbia University, and Cornell University all in the top 10. Penn’s Amy Gutmann led the trio with her almost $3 million package, and for the second year in a row was also the sole female chief executive in the top 10. In 2013, she was in the No. 2 spot, behind Columbia’s Lee Bollinger at $4.6 million. The two were the only ones to appear among the top 10 in both years. The Chronicle’s numbers derive from federal tax filings for private, nonprofit schools that grant baccalaureate, master’s, and doctoral degrees and have the biggest endowments, and contain pay information for 516 heads at 499 institutions in the calendar year. Total compensation comprises base pay, bonus pay, nontaxable benefits (for example, health benefits, life insurance, and dependent care), and other pay (such as severance payments, spending accounts, and club dues). Such perks as housing and travel could also be included.

How exactly does a college president make $5.4 million? Deferred-compensation packages can play an important part. These are agreements to pay a president money from an investment account at a certain time provided he or she meets certain criteria, said Chronicle data reporter Dan Bauman, who collected and analyzed the information. They’re used as “an incentive for a college president to stick around,” said Bauman.

If a lot of these packages are coming due, he said, “there’s probably a good chance that there’s going to be a large number of college presidents making over a million dollars” that year.

Varsalona, who earned $829,335 in 2013, benefited from more than $4.6 million in deferred compensation in 2014, according to the Chronicle. He got a one-time payment under a retention and retirement plan—which under that plan had to be paid out at age 65—according to information provided by the school.  Varsalona, who has been at the school for decades and been president since 2005, will retire in the middle of next year. (Retiring from a school can lead to quite a bit of cash. Former Yale University president Richard Levin got an $8.5 million payment.)

The compensation of Mark Wrighton, who was elected chancellor of Washington University in St. Louis in 1995 and is No. 2 on the list, got a bump from the vesting of a supplemental executive retirement plan, a statement from the school said. The benefit was provided in 2004 by the university’s board of trustees “upon the recommendation of the compensation committee of the board, after a review of the chancellor’s performance by that committee,” that statement said. Of the nearly $3 million, almost 48 percent went to paying taxes owed on the vesting, and the rest was invested back into Wrighton’s retirement plan, the university said.

The salary reported for Belmont University President Robert Fisher included $1.08 million in deferred compensation that was taxed but that he hasn’t yet received as “actual pay,” according to the university.

Deferred compensation has become a significant part of pay packages for top higher-education executives, said Alexander Yaffe, president and chief executive officer of Yaffe & Co., a Maryland-based executive compensation consultant to nonprofits. “Longevity is a good thing,” he said. “It’s not surprising that people with longevity tend to be on the higher end of the scale.”

Whatever the reasons, it’s easy to look at these seven-figure salaries skeptically, amid rising tuition and student debt. Yaffe said college presidents are among the highest paid in the nonprofit sector, usually trailing top health care executives but ahead of regional foundations and other institutions.

Not everything seems to be about deferred compensation. Among the top 10, Gutmann, Bollinger, Fisher, and the University of Chicago’s Robert Zimmer all made more than $1 million in base pay, with Gutmann receiving almost $1.5 million in bonus, according to the Chronicle data. At the same time, college presidents’ pay is a small part of schools’ spending. Total compensation for a president was about half a percent, on average, of a college’s budget, according to the Chronicle.

And in case you’re getting any ideas about chasing that $5.4 million jackpot, it isn’t all fancy gowns and droll speeches. “With everything that’s happening in higher education, colleges and universities are doing everything they can to keep their best people,” Yaffe said. Demands for more financial aid mean more fundraising needs to be done. “Their jobs are not getting any less challenging,” he said.

Presiding over thousands of young adults these days may be nearly as challenging as it was when colleges were torn by the Vietnam War. Tensions over race and free speech have roiled campuses, and administrators must wrestle with how to deal fairly with accusations of sexual assault.

“Turnover suggests that the pressure of the job is as bad as ever,” said Stephen Trachtenberg, president emeritus of George Washington University and consultant at Korn Ferry, by e-mail, citing funding challenges, social issues, and “serious things like killings on the one hand and bathroom wars on the other.” Fundraising is “a rare skill” and can take its toll, he said.

“People who complain about presidential compensation should try it for a while. Seven-day weeks. Always on. Twelve months without a stop,” he said. “Vulnerable to the unanticipated excitements of thousands of students and faculty. Accountable to multiple stakeholders groups. Under the eye of the media. It's a tough job and deserves to be compensated.”