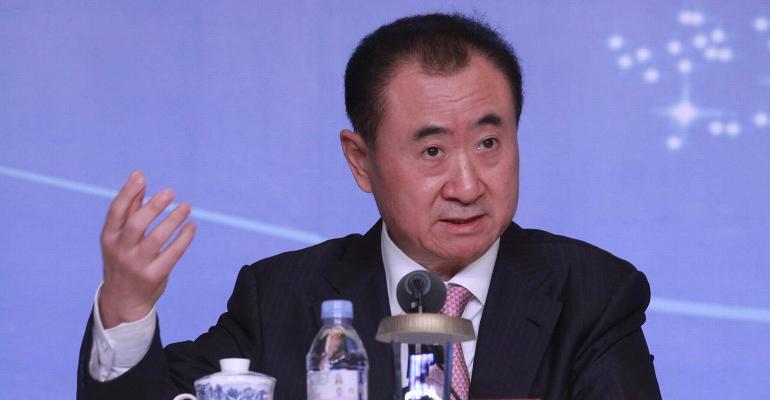 In the wake of Brexit and continuing uncertainty surrounding the stability of the yuan, Asian high net worth are increasingly looking to the West for financial inspiration and guidance. However, a recent announcement by Chinese billionaire Wang Jianlin, China’s largest real estate developer, the world’s largest movie theater operator and a 20 percent owner of soccer team Real Madrid, presents a valuable opportunity for Western HNW families to learn something from the East.

According to Bloomberg reports, Wang, the 62-year-old head of Dalian Wanda Group Co., a property-to-media empire worth about $91.7 billion, recently expounded on his plans to hand over control of his company not to his only son, Wang Sicong, currently age 29, but to professional managers.

“I’ve asked my son and he said he didn’t want to live a life like mine,” said Wang.

Though this doesn’t look like a groundbreaking statement, there are several lessons implicit in what Wang said that all HNW families, Eastern or Western, should take to heart.

First, he actually spoke to his son. Many heads of HNW families, particularly if they are first-generation wealth creators, are so focused on the businesses that they built and nurtured that they assume their children share the same passions they do and will simply step in to run the family business when the founder is gone. Unsurprisingly, those children have often lived very different lives than their parents, both in terms of cultural advancement over time and simple economic comfort, and may develop values and interests completely different than those that informed the previous generation’s success. This isn’t necessarily a negative thing. Just because a child has different interests and priorities than their wealthy parents doesn’t mean they can’t be successful in their own right. Wang’s son is certainly no idle rich kid. Beyond his 2 percent stake in Wanda, he’s an Internet celebrity in China, with more than 21 million followers on his weibo (a china microblogging site that’s sort of a combination of Facebook and Twitter) account. He is also an active investor in eSports and Internet companies. He’s got his own things going on.

Families should strive to pass on certain more intangible values, such as responsibility, charity and worth ethics that will transcend individual interests and passion and contribute to success regardless of one’s chosen path. However, none of that can happen if HNW parents don’t take the simple step of beginning a dialogue with their children.

Second, Wang actually listened to what his son had to say. Starting the conversation is just the first step. HNW parents must not simply pay lip service to their child’s interests (assuming the child has done their part and expressed them), while assuming that their current interests are “just a phase” and they’ll eventually see the light and take their rightful place at the head of the business once. This is precisely why we see so many mismatched, unhappy heirs running previously successful businesses into the ground. Not only do they not have passion for the business, but they may actively resent it and the way it was forced on them despite their objections.

But Wang’s statements have more to offer still, because instead of simply promoting from within, he’s decided that he best course of action is to bring in an outside professional manager.

"Perhaps it’s better to hand it to the professional managers,” Wang said. “We can guide them from the board. We will not set our eyes on a particular candidate, rather selecting someone from competition."

This step is a bit more complicated to parse. Family businesses can easily become overly incestuous and suffer from making succession choices based on tenure and familiarity, rather than merit. Choosing an unworthy insider really isn’t any better than forcing the business on an unwilling child. So, that Wang’s willing to entertain the option of bringing in an outside manager is absolutely admirable. Exactly what structure his “competition” will take is another question entirely. As while the idea of a meritocracy is wonderful, such competition also opens the door to a certain mercenary element whose influence on a family business can be difficult to predict.

Ultimately, the story of Wang’s succession still remains untold, and nobody knows if it will be a resounding success of yet another cautionary tale, but the opening stanzas are certainly worth listening to, regardless of what side of the world you live on.