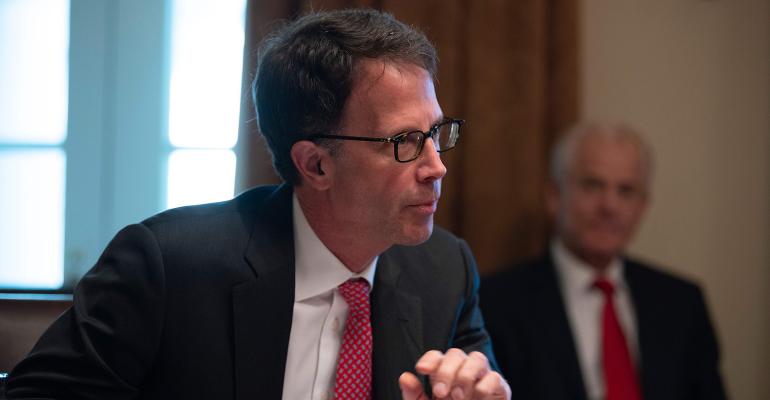 The Mills clan is selling a 79% stake in Medline in what is possibly the largest liquidity event ever for one family.

(Bloomberg) -- The Mills family has for decades stayed out of the spotlight, avoiding flashy purchases and society pages while quietly running one of the largest medical-supply companies in the U.S.

That’s all about to change. In the coming days, the Chicago-based clan stands to receive a $28.7 billion windfall, before taxes. It may be the largest liquidity event for a single family, with the proceeds spread among fewer than 30 people and a small group of trusted executives.

Related: One of America’s Richest Families Emerges From Medline Deal

The Millses agreed this spring to sell a 79% stake in Medline Industries Inc., whose origins trace to Chicago’s turn-of-the-century slaughter yards, to a consortium of private equity firms in a transaction that valued the company at about $32 billion.

The deal, the largest leveraged buyout since the 2008 financial crisis, is vindication for a family that reclaimed the business twice within the past 60 years, both times convinced they could make it better and more valuable.

“Making health care run better has been our focus for decades,” Chief Executive Officer Charlie Mills said in a statement when the deal was announced in June. The investment from Blackstone Inc., Carlyle Group Inc. and Hellman & Friedman “will accelerate that strategy,” he said. Goldman Sachs Group Inc. and Byron Trott’s BDT Capital Partners advised Medline on the sale.

As the Mills family weighs what to do with an enormous pile of cash, Medline’s managers, old and new, are charged with steering a suddenly debt-laden business through an industry besieged by supply issues without the tailwinds of a raging pandemic.

Investors don’t seem too concerned. September’s offering of more than $14 billion in junk bonds and leveraged loans to finance the deal was met with enthusiasm. The company also raised an additional $2.1 billion of commercial mortgage bonds.

In Medline’s favor, the family executives -- CEO Charlie, his cousin Andy Mills and their in-law, Jim Abrams -- will remain in their roles and the family will keep a significant stake. The Millses are rolling $3.5 billion of their equity into the business, allowing them to retain 21% of Medline, according to bond documents seen by Bloomberg.

For investors, the continuity is appealing. Family owners with a legacy to protect and institutional knowledge might balance the impulses of private equity owners to load up on more debt and go for short-term profits.

Yet that balance can tip over into tension when it comes time for buyout firms’ exit, according to Patrick Finnegan, an analyst at Fitch Ratings.

Medline has “operated for decades as a private firm and they’ve enjoyed the benefits of private ownership,” Finnegan said. “Now there are third-party owners that have very material expectations. The two parties need to agree on priorities, resources and capabilities to execute strategies, and do that in a manner that’s going to satisfy all sides. You have the risk of dysfunctional relationships.”

The deal means the Millses are worth about $26.7 billion, after taxes, according to the Bloomberg Billionaires Index, catapulting them into the uppermost ranks of the world’s richest families. A Medline spokeswoman declined to comment on the family’s personal financial matters.

It’s an enormous influx of cash for a family whose fortune has been tied to a private company for generations, and must suddenly figure how and where to invest billions in a heated bull market.

“All of a sudden they’re in a new business -- the asset-management business,” he said, speaking generally.

Even when offers are irresistibly high -- as is the current norm -- deliberating over selling can cause friction, Gimbel said. In an interview with the Executives’ Club of Chicago in July, Charlie Mills likened appeasing various family members as “being married to a lot of different people.”

Originally, the Millses planned to sell just a modest piece of Medline, so family members not involved in running the business could cash out, according to a person familiar with the talks, who asked not to be identified discussing financial matters. However, the process led family managers to realize a bigger sale could bolster the company’s growth while allowing them to keep leadership roles and a sizable stake.

President Joe Biden’s plan to boost the capital gains tax on the wealthiest also played a role, Bloomberg reported in June. Had Biden’s proposal to treat capital gains as ordinary income become law, the family would’ve saved more than $4.5 billion by selling this year. The plan ended up being dropped.

The Millses twice before parted with their family business. In the early 1960s, Charlie and Andy’s grandfather, Irving, sold Mills Hospital Supply, a company that evolved from his own father’s work sewing butchers’ aprons for Chicago’s meatpackers. Irving’s sons, Jim and Jon, went to work for the acquiring company, Cenco Instruments. The sale upended their expectations of their future careers.

“It scared the hell out of me,” Jim recalled in letters cited in his 2019 obituary.

After five years at Cenco, the brothers struck out on their own, founding Medline as a direct competitor. The new business bore many hallmarks of the old. They sold directly to hospitals to avoid paying middlemen, and constantly sought ways to tweak products and customs in the traditionally staid industry, conceiving things like aloe-coated exam gloves and creatively staged medical-goods catalogs.

As business partners, Jim and Jon Mills were a study in opposites. Garrulous and outgoing, Jim wore vivid colors -- his style-conscious wife, Vicki, selected his outfits -- and kept a parrot at his office in Medline’s suburban Chicago headquarters. Jon was reserved and observant with a dry sense of humor and urbane tastes for things like opera.

What they shared was a devotion to tight cost management. Medline’s revenue grew at least 10% annually for years as the brothers expanded beyond garments into categories like wound care, surgical trays and lab supplies. The company controlled its entire supply chain, from factories to delivery trucks, that along with the family’s disdain for debt, ensured generous profit margins.

Medline went public in 1972, an event Jim’s son Charlie called a “major misstep.” They’d hoped an influx of cash would help them expand through acquisitions, he said in an interview published in the 2005 management book, “Think Big, Act Small.” Instead, the stock slumped and “all it ended up with were lots of additional time-consuming reporting requirements and limits to how it could run itself.”

The family bought back all the shares and delisted the then-$7.5 million business five years later.

Charlie, Jon’s son Andy and Jim Abrams have run Medline as partners since 1997. Since the deal was announced they’ve emphasized their commitment to managing the business, but there’s scant indication of what the family will do with billions in additional cash.

A foundation set up in Jim’s name, now headed by Charlie, gave $12 million in grants from 2016 through 2020, filings show. The gifts were spread among dozens of small causes, many of them -- like the Montessori School of Lake Forest -- hyperlocal to their home in Chicago’s affluent North Shore suburbs.

Along with institutions like the University of Pennsylvania and Cornell University, one regular recipient is Jupiter, Florida-based Furry Friends, a pet shelter to which the Mills Foundation donated $225,000 over several years. Jim did so out of loyalty to his childhood friend, Herb Baum, former CEO of Dial Corp., according to Furry Friends’ President Pat Deshong.

Politics could be one focus. Jon’s daughter Wendy Abrams, whose husband Jim is Medline’s chief operating officer, has donated almost $1 million to Democratic causes and candidates nationally in the past two decades, according to Federal Election Commission disclosures.

A self-described environmentalist, Wendy Abrams is the most visible member of the family. She founded Cool Globes, a traveling public art exhibition now on display at the Clinton Presidential Center in Arkansas, to raise awareness of climate change and taught a course last spring on activism at the University of Southern California.

With most of the family now untethered from Medline, the Millses are no longer reliant on the medical-goods company for income. Yet it’s at moments like these that dynasties face risk, said Bill Woodson, head of strategic wealth advisory and family enterprise at Boston Private Financial.

As families splinter and invest separately, some more successfully than others, fortunes are generally less likely to grow at the same rate had they hung onto the operating business, he said.

“It’s hard to keep family members together, they no longer have that formal nexus,” he said. “Their true level of wealth was dividends they were getting every year. It probably supported a nice lifestyle but didn’t give them this enormous responsibility.”