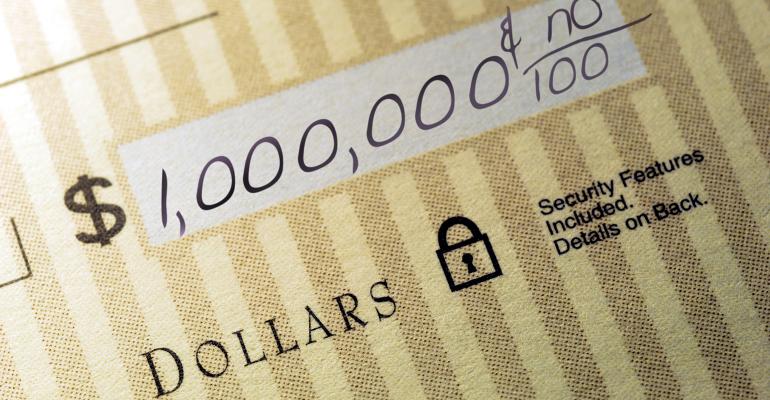 Cheer Up America, 1,700 Millionaires Are Minted Every Day

Being a millionaire isn't what it used to be.

(Bloomberg) --The U.S. is home to a working class suffering from stagnant incomes and declining job prospects—widespread struggles that helped elect Republican Donald Trump. The relative wealth of Americans in all age groups keeps falling, compared with previous decades.

At the same time, the country is also home to an unprecedented amount of wealth, a divergence that has made income inequality a household phrase. America has $55.6 trillion in private financial assets and more millionaires than any other nation in the world by far. Today, more than 8 million households have financial assets of $1 million or more, not including homes or luxury goods, according to Boston Consulting Group. From 2010 to 2015, the number of millionaires jumped by 2.4 million. Another 3.1 million will be created by 2020, BCG estimates, at the pace of 1,700 new American millionaires every day.

But before your faith in upward mobility is restored, realize this: The very oldest Americans hold a disproportionate chunk of all those trillions, and they’re handing it off to their already well-off kids in what is the largest generational transfer of wealth in history.

Inheritance is an increasingly significant driver of wealth in America. Wide swaths of the country live from month to month with virtually no savings safety net. About three-quarters of the country are “strugglers,” unable to save anything from year to year, the Federal Reserve Bank of St. Louis concluded in a study last year. The other quarter of the country, however, are “thrivers,” the St. Louis Fed said—people who successfully save money and accumulate wealth over the years. These include the top 1 percent, who have steadily taken more and more of the nation’s economic output.

Rose made these distinctions to see how the fortunes of these groups have risen and fallen through the years, after adjusting for inflation. It turns out that the number of upper-middle-class Americans has ballooned since 1979 while the other parts of the middle class were shrinking.

Being a millionaire isn’t what it used to be. A net worth of $1 million has the same buying power today that $341,000 did in 1980 and that $45,000 did 100 years ago, according to Bureau of Labor Statistics data. If you’re making six figures and saving regularly, you should eventually end up with a million dollars or more in your investment accounts. (You’d better, since you’ll need to save that much to have any hope of maintaining your lifestyle in retirement.)

These upper-middle-class millionaires are far more privileged than 90 percent of the country, but they rarely feel rich. They still need to borrow for a child’s college education, with the average, four-year, private-college tuition now at $33,480 a year, according to the College Board. And as they get older, they need to worry about long-term-care expenses: A private room in a nursing room now costs $7,700 a month, according to Genworth Financial. This means that a long-term illness such as Alzheimer’s can bankrupt all but the wealthiest people.

No, the real wealth is now concentrated in the top 2 percent of the population, among what Rose classifies as rich Americans (those making $350,000 or more). This tranche has grown even faster than the upper-middle class over the past 35 years, according to his calculations. Some of these wealthy Americans are entrepreneurs, since in this globalized world, the rewards for success can be huge, especially in fields such as technology and finance.

George Walper, Spectrem’s president, said there’s been an uptick in the last few years in the number of respondents who cite inheritance as a factor in their wealth. To be fair, the very wealthy people surveyed by Spectrem also cite hard work, education, and smart investing as playing a role in their riches.

But it’s become harder to build a fortune on hard work alone. Americans in their late seventies, eighties, and nineties began their careers in the midst of the U.S.’s postwar boom. More recent generations haven’t had the same economic tailwinds.

As a result, the rich in the U.S. are an older crowd. It’s not necessarily surprising for young people to be poorer than old people. It takes a long time to develop valuable job skills—and even longer to pay off mortgages and stash money in a 401(k). The U.S., however, is unique in how much wealth is concentrated among its oldest citizens.

“The forgotten men and women of our country will be forgotten no longer,” Trump said in his victory speech on the night of the election. But it’s not clear what the president-elect can or will do to affect the distribution of wealth across American society. While candidate Trump made ringing appeals to working-class voters, he also promised trillions of dollars in tax cuts, almost half aimed at the top 1 percent of U.S. by income.