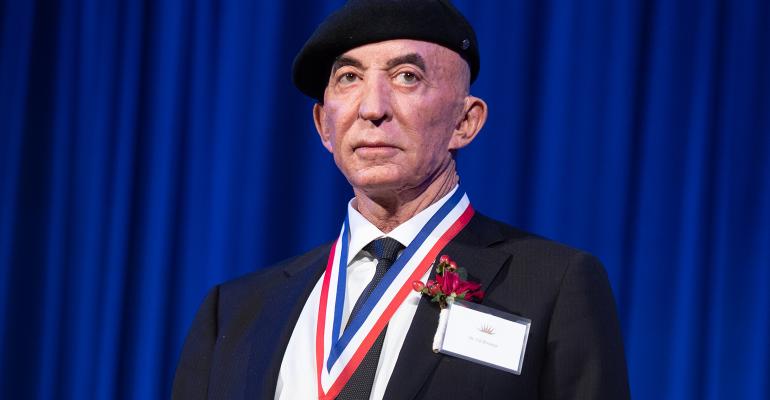 The Houston billionaire is accused of using a slew of trusts and limited liability companies to shelter assets from his wife.

Ed Bosarge’s high-profile divorce has garnered lots of media attention, with the 81-year-old Houston billionaire being accused of using a web of trusts and limited liability companies to shelter his assets from his wife, Marie. The case, which went to trial in April after failed mediations, is now on hold because of the pandemic.

Because the couple hails from Texas, a community property state, assets acquired during marriage are considered jointly owned and are to be divided 50/50 on divorce, meaning Marie should technically walk away with half of everything earned during their marriage. Not so fast though.

According to Forbes, Bosarge’s lawyers estimate that the couple’s community property is worth only $25 million, a far cry from Bosarge’s actual net worth and the millions he made while married to Marie. This is made possible largely by use of three estate-planning techniques—offshore trusts, domestic asset protection trusts (DAPTs) and trust decanting. But a prenuptial agreement (prenup) may have helped Marie avoid the situation she finds herself in.

States such as South Dakota allow for the decanting of assets from one trust to another without notice to beneficiaries who may be cut out of the new trust and allow for those assets to be protected from divorce and even child support claims, so long as those claims didn’t exist when the assets were being transferred into such a trust.

“The strategies that were reportedly used by Bosarge are all legitimate and proper,” says Alvina Lo, chief wealth strategist at Wilmington Trust in New York City, who isn’t involved with the Bosarge case. However, according to Lo, it’s the combination of them all, and the extent and circumstances to which they were used in this case, that make it challenging.

Planning with assets protection trusts done well in advance of any key events, such as marriage, can be critical; however, that point of view varies on a state-by-state basis when the planning is done in anticipation of a divorce. In the Bosarge case, everything from stocks to a private island is owned by these types of trusts, with one of the trusts even repossessing a diamond necklace after divorce papers were already served. “While some states do allow current spouses to create asset protection trusts that may ultimately bar a divorcing spouse from the asset, it’s unclear what a judge in the home-state jurisdiction may feel about it,” continued Lo.

While planning with asset protection trusts such as domestic asset protection trusts may have many benefits for a client, including future creditor protection, “many of these favorable rules for trusts are newly enacted statutes and relatively untested in court,” warns Lo. “Setting up these structures in jurisdictions where there’s a richer history of case law on similar cases so you have precedents to draw on, and having judges who are accustomed to hearing such cases, would go a long way to reduce uncertainty in outcome.”

The Importance of Prenups

“This story underscores the importance of a prenuptial agreement,” says Lo. In this case, Bosarge appears to have made his fortune in the years after his marriage. From Marie’s account in the Forbes article, “it didn’t sound like they had a lot of assets when they got married, so perhaps a prenup wasn’t warranted or necessary at the time,” posits Lo. However, it’s wise for clients to always think through a worst-case scenario, as much as most newly engaged couples might not want to.

A prenup in this case could have potentially prevented the current situation that Marie is in. The lesson to be learned is that though the conversation around signing a prenup may be uncomfortable, both parties agreeing up front how they want to split assets in case of divorce, while not bulletproof, is a safer bet rather than relying on state property division laws. And although some states do allow postnups, Lo feels that “the dynamics would have changed with a couple after a marriage, and it’s not an easy topic to bring up.”

For wealthy clients who are parents who wish for their children to get a prenup, or a postnup, but life just doesn’t allow for it, Lo recommends that they “do the prenup for them.” Instead of gifting assets or leaving the inheritance to the children outright, put it in trust for them. “This also lends it legitimacy later because the trust wasn’t done to circumvent specific creditors (like a divorcing spouse), but rather for estate planning, tax planning and general creditor protection purposes. Again, prospective planning is key.”

Lastly, Lo advises to “never forget that any structure you set up is a static thing—meaning it’s the people who are in charge and how you operate it that will ultimately win the day.” The Forbes story suggests that all real decision-makers in this case are insiders. “One would really question the integrity of these structures and whether the people involved have been operating and respecting these structures. For example, are the trustees truly independent voices, fulfilling their legal obligation to a fiduciary standard, or are they just taking orders from Bosarge? If it’s the latter, that will be a problem.”