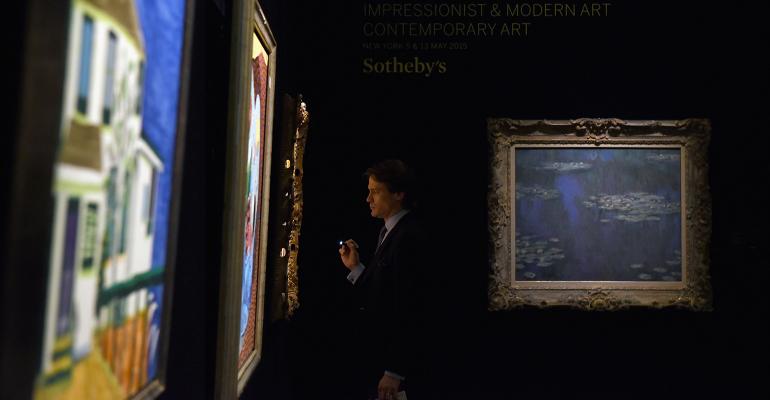 Art Market Enforcement During the Pandemic

The coronavirus pandemic has disrupted “business as usual” for the federal and state governments just as it has for individuals and businesses. This disruption will likely have an immediate impact on the ability of art market participants to comply with certain laws related to the art market and will affect the government’s ability to oversee and enforce its laws. Art market participants who are engaged in pending or projected transactions that are otherwise subject to regulatory oversight but that have been interrupted by the health crisis must take care not to run afoul of these regulations in the absence of any clear guidance from the government at this time.

Three Reasons for Decrease in Oversight

Aside from the obvious impact that the coronavirus has had on all aspects of society, there are three reasons for the decrease in the government's oversight of the art market. First, the federal and state courts have largely shut down, except for essential matters such as arraignments in the criminal courts and emergency orders. Grand jury proceedings have been curtailed, and hearings, oral arguments and jury trials have all been adjourned. Grand juries are one of the most important tools for a federal or state prosecutor in any investigation, as they issue subpoenas for the production of documents and other evidence essential to building a case. With limited grand jury action, prosecutors are hampered in their ability not only to develop leads but also to bring charges beyond the initial stage of a case. In short, ongoing investigations into the art market have slowed, and new investigations are unlikely to commence anytime soon.

Second, as economic activity has declined, as is the case with art market transactions in general, law enforcement agencies are redirecting their resources and targeting those who seek to profit from the current health crisis by engaging in fraudulent activities that play on the fears of an already shaken populace. The U.S. Department of Justice (DOJ) has announced the formation of a national task force whose purpose is to investigate and prosecute individuals and companies that have profiteered from the coronavirus crisis by price-gouging consumers on basic necessities, bid-rigging of medical equipment and hoarding supplies, most notably personal protective equipment for healthcare workers. On March 16, U.S. Attorney General William Barr issued a memorandum directing all U.S. attorneys to prioritize the detection, investigation and prosecution of all criminal conduct related to the current pandemic. Clearly, fraudulent activity in the art market doesn’t fall into this category.

Third, prosecutors are under the same remote working directives as the rest of us and are having to deal with their already heavy caseloads under challenging circumstances. Agents who otherwise might be focusing their attention on art-related matters have now been redeployed to the more pressing matters set forth by the DOJ, in addition to enforcing interstate and international border security and maintaining the social order.

Will Enforcement Return to Normal?

Just as the government has prioritized law enforcement resources to matters related to the pandemic, so, too, will it prioritize certain areas of enforcement that do affect the art market once the crisis has subsided. Chief among these areas is anti-money laundering. In the months prior to the onset of the coronavirus, the U.S. Department of the Treasury Office of Foreign Assets Control was aggressive in enforcing compliance of its regulations. Art dealers in particular who either didn’t have anti-money-laundering protocols in place or whose protocols were deficient were exposed to substantial monetary sanctions. It’s likely that the government will ramp up its anti-money-laundering oversight of international art market transactions as a means to raise revenue and recoup some of its financial losses incurred as a result of the pandemic.

Therefore, dealers and collectors contemplating transactions with foreign buyers or sellers shouldn’t consummate deals that otherwise might not pass muster under ordinary circumstances simply because they haven’t been able to obtain guidance from the government. At the same time, dealers may find themselves facing the threat of lawsuits by foreign consignors demanding the return of their property, proceeds from the sale of consigned works or monies on deposit for the purchase of other artwork. A disgruntled consignor who contemplates filing a lawsuit under the present circumstances when courts are dealing only with essential matters, however, would receive a rather chilly reception from the court. Nevertheless, art dealers and others involved in international transactions, finding themselves between a rock and a hard place, would be well-advised to stay the course and not engage in matters that implicate government oversight without first obtaining the advice of counsel.

Similarly, estates and dealers wishing to self-report their possession of items of illegal cultural heritage property, such as antiquities, or objects containing elements of an endangered species, are unlikely to receive much guidance at this time. The agencies that deal with these matters—the U.S. Department of Homeland Security and the U.S. Fish and Wildlife Service, respectively—are subject to the same directives set forth by the DOJ and aren’t responding to inquiries regarding the disposition of these items. Therefore, estates and dealers should continue to hold on to these objects and memorialize any and all attempts to contact the government, whether directly or through their lawyer, by phone, mail, email or otherwise. Doing so will mitigate any future action by the government if one is later found to be in possession of these prohibited items.

An unfortunate byproduct of the redeployment of law enforcement resources that will affect smaller public and private art institutions and galleries, as well as their insurance carriers, is the heightened risk of theft to their collections. While these institutions operate with reduced private security details in the wake of furloughing and terminating employees, local police forces are prioritizing health-related emergencies, not to mention seeing their own ranks thinned by the coronavirus. As a result, prized collections are more exposed. There have already been documented cases in Europe of thefts from smaller institutions that lack the funds to employ a full-time security detail during the lockdown. In the absence of adequate security, it might be advisable to move particularly valuable works to more secure, temporary spaces such as well-established art storage facilities, whose business models depend on strict security measures. Given the logistical hurdles at the moment, however, be prepared for delays and extra costs associated with any move.

Once the pandemic is over, the government, faced with an economic downturn as a result of the health crisis, will refocus its efforts towards investigations and prosecutions designed to raise revenue. The government will fix its sights on those who engage in financial crimes, such as money laundering as previously noted and tax fraud, among others. The most recent example is that of the New York County District Attorney's Office, which on April 9 announced a $16.7 million settlement against Christie's for having failed to register to collect and to collect New York State and local sales tax between 2013 to 2017; the full amount of the sales tax, penalties and interest will be turned over to New York State specifically as badly-needed revenue to address the health crisis.

The international art market is a prime target for these areas of law enforcement, and it behooves art market participants to comply with these regulations in a timely fashion.