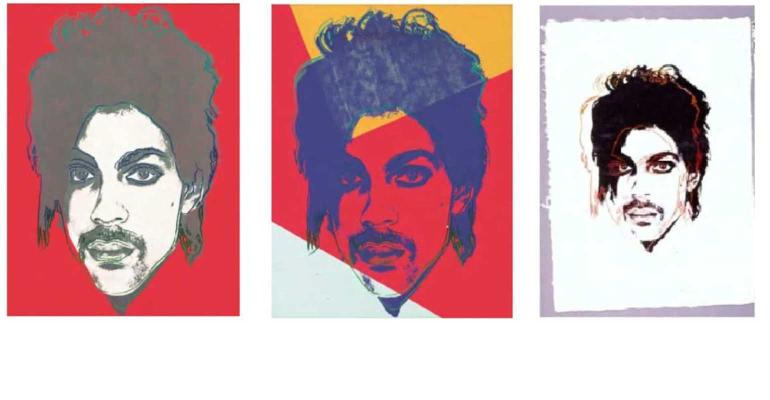 Image via a Second Circuit opinion
Wealth Planning>High Net Worth

Arguments begin this week in the high-profile case centered on photos of Prince.

The Supreme Court is set to hear arguments today in what is expected by many to be a landmark decision regarding the future of copyright law as it applies to “fair sure.” The case, The Andy Warhol Foundation for the Visual Arts Inc. v. Goldsmith, involves two high profile artists—Andy Warhol, a leading figure of the Pop Art movement, and Prince, one of the most recognized music artists. Interesting enough, the lawsuit only arose years after both artists were already dead.

In 1981, iconic celebrity photographer Lynn Goldsmith photographed Prince, a then-emerging rock star, in concert and at her studio. In 1984, Vanity Fair licensed one of Goldsmith’s photos, which it sent to Warhol as a reference for a commissioned illustration of Prince. Warhol created a total of 16 images, the “Prince Series,” based on the photo. The magazine paid Goldsmith a $400 licensing fee and credited her as the source for the Warhol illustration, titled “Purple Prince” which it picked from the series to grace its cover.

At issue in the current case, however, is a different image from the series, this one titled “Orange Prince,” which Vanity Fair used for its cover in 2016, shortly after Prince’s death. This time around, Vanity Fair paid the Andy Warhol Foundation (the Foundation) a $10,250 licensing fee to use the image. Goldsmith was not paid by the magazine for the 2016 use.

According to ABA Journal, Goldsmith claims that she wasn’t aware that her photo was used as the basis for the Warhol Prince series. After coming across the 2016 Vanity Fair cover, she complained to the Foundation about the use of her image, allegedly seeking “a substantial sum of money.” The Foundation filed a pre-emptive lawsuit, seeking a declaratory judgment that the entire Prince Series was fair use under copyright law; Goldsmith countersued for copyright infringement, seeking to preclude the Foundation from selling, displaying or publishing the Prince Series.

The Major Copyright Issue Before the Supreme Court

While the United States District Court for the Southern District of New York ruled that Warhol’s image was protected by fair use, the appellate court reversed, arguing that Warhol’s image was not sufficiently transformative—the standard used to determine whether the work in question has substantially added new expression or meaning and purpose to the original work to constitute a fair use. The appellate court also “criticized the trial court’s decision for relying on an “inherently subjective” assessment of the substance of Warhol’s work,” according to SCOTUS blog, cautioning that judges don’t have the art expertise to determine the meaning and purpose of a work of art.

The issue before the court is to decide whether the second use—for which the Vanity Fair didn’t pay Goldsmith—infringes Goldsmith’s copyright in the photograph on which Warhol based all the images.

It’s a loaded question because of the potential implications for the future of copyright law, with amicus briefs being filed on both sides. At stake is the future of artists who borrow elements from other artist’s works, as well as a myriad of other instances in which fair use is at play—including, for example, the ability for Google to show thumbnails of images in its search results.

For her part, Goldsmith’s argument emphasizes that “a broad ruling that any new ‘message’ or ‘aesthetic’ is enough to make repackaging a fair use is hard to reconcile with the statute’s grant of an exclusive right to make derivative works.” The United States is supporting Goldsmith, suggesting the court protect Warhol’s creation of the Prince Series but not the foundation’s commercial licensing of the Prince image, per Bloomberg.

In an opposing perspective, Jonathan Ellis, an appellate specialist and co-chair of the Appeals and Issues Team at McGuireWoods in Washington, D.C., submitted a brief to the high court on behalf of a Stanford University art history professor who teaches and publishes on Andy Warhol. In his brief, Ellis concludes that “The Second Circuit erred by concluding that only an art critic can determine whether a work of visual art is reasonably perceived as conveying a distinct meaning and message from its source materials.”

"At argument, you could hear the Justices exploring that right balance with questions about what factors should be considered and how: Should and, if so, how should the creativity or transformative nature of a new work be relevant? How much weight should that transformative nature be given in the balance? To the extent those questions are relevant, how does a judge go about determining the transformative nature of art or its meaning or message? What about the second artist’s need or justification for using the original work? What would be the real world implications for authors, artists, museums, and others?," Ellis explained.

We might not have a clear idea of which way the court will go on the issue until a decision is handed down. "This is not a case where the oral argument provides a strong indication on how the Court is likely to rule. Predictions based on oral argument are always perilous. But I think it is particularly difficult here. Few Justices came out strongly against or in support of one of the parties’ positions over the others," opined Ellis. "My guess is that this is a case where the Justices attempt to thread the needle between providing real guidance to the lower courts without attempting to set out a grand, comprehensive theory of fair use. In other words, I expect the Court to take an incremental approach to developing the law and to articulating the balance that the Copyright Act strikes between rewarding prior creation and permitting new creation."