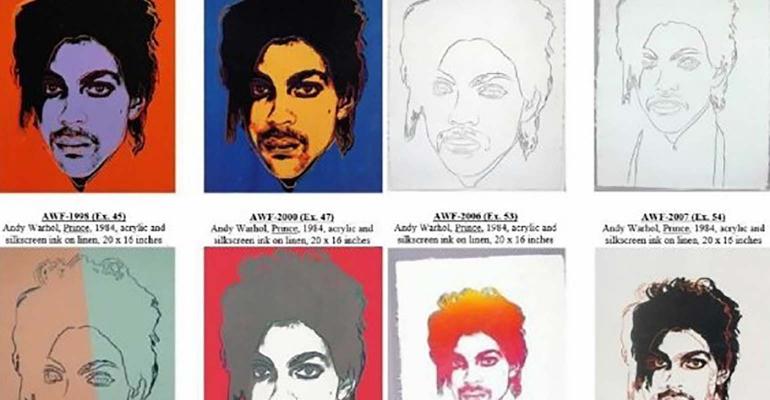 The case has major implications for collectors and museums.

The decision, The Andy Warhol Foundation for the Visual Arts, Inc. v. Lynn Goldsmith, 19-No. 2420-cv (2nd U.S. Circuit Court of Appeals, March 26, 2021), primarily focuses on resetting the standards for applying the “fair use” defense to copyright claims, and much will no doubt be written about the court’s decision in that regard. But the decision also will have a significant impact on collectors, dealers and museums who acquired one of these works years ago and wish to sell or exhibit the work.

The Goldsmith case addresses a series of works that Andy Warhol created in 1984 depicting the musician Prince. The court ruled that the publication of one of those Warhol works in a magazine after Prince died in 2016 infringed the copyright of photographer Lynn Goldsmith, who snapped the photo that was the source material for Warhol’s Prince Series. In the 37 years since Warhol created the Prince Series, the 16 works in the series have been sold, transferred and exhibited. In a separate concurring opinion in the Goldsmith case, Judge Jacobs states: “the holding does not consider, let alone decide, whether the infringement encumbers the original Prince Series works that are in the hands of collectors or museums.” Given that this concurring opinion is by one judge of the three-judge panel that issued the main decision, and given the other two judges on that panel didn’t join in Judge Jacobs’ statement, his statement alone may be of little comfort to the collectors, dealers and museums who currently own the works.

This isn’t the first decision applying copyright law to works of art that were created using other people’s art as source material, a common practice for many artists. Over the years, courts have issued copyright decisions concerning works by Richard Prince, Jeff Koons and others. One example is a very recent decision by a French court finding that Jeff Koons’ Fait d’hiver sculpture is an infringing work derived from a photograph by Franck Davidovici. Often the works at issue in these cases are part of an edition or series, resulting in multiple versions being distributed in the art market. Therefore, numerous collectors, galleries and museums own these works, and many have owned them for years, and even decades.

During those years and decades, the copyright law has changed significantly, even though courts issuing copyright decisions often attempt to reconcile the standards they set with prior decisions. It’s impossible for an artist to predict what the law will be in the future to determine the extent to which she can rely on others for source material while not running afoul of the copyright laws. For example, Andy Warhol created the Prince Series in 1984, years before the U.S. Supreme Court’s major 1994 decision in Campbell v. Acuff-Rose Music, Inc., the 2nd U.S. Circuit Court of Appeals’ major 2013 decision in Cariou v. Prince and the 2nd Circuit’s new decision in Goldsmith. It’s conceivable that the Prince Series may have at certain times been deemed infringing under the then-applicable legal standard and at other times been deemed not infringing. And, each case is decided on its own set of facts and circumstances, and no two cases, concerning different works by different artists, are identical. There is, therefore, a significant lack of predictability for artists, which is the same, or arguably even greater, for collectors, dealers and museums acquiring those artists’ works.