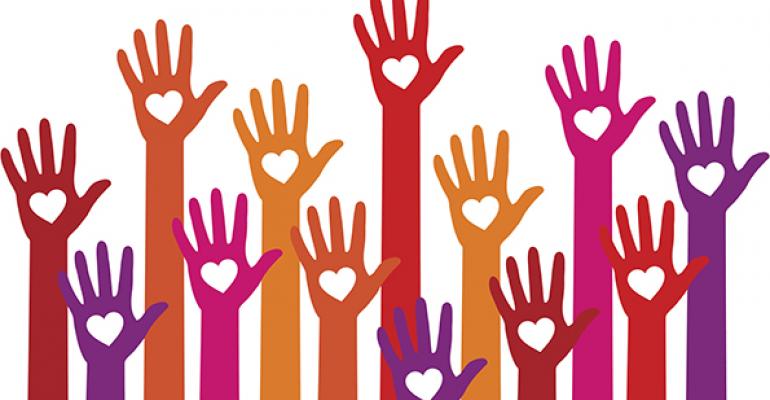 Helping clients do charitable planning properly will boost your business. Here are some options.

I read many estate plans every year. Unfortunately, too many of those plans don’t come close to expressing the grantor’s true wishes for their estate. If that happens for individuals with a $40 million net worth, imagine how often it happens for estates in the $5 million to $20 million range.

I’m not going to point the finger at estate attorneys. They can work only with the facts they’re given. The disconnect usually happens with the advisors who are working with the grantor throughout the year. More specifically, the breakdown has to do with financial incentives and lack of education about charitable planning.

After interviewing several thousand high-net-worth families, The U.S. Trust Study of the Philanthropic Conversation found that one-third of respondents (31%) would switch to a new advisor if that advisor could talk to them meaningfully about philanthropy. Think about that for a second. One-third of affluent families would switch to a new advisor if that individual was more adept than their current advisor at helping them give their money away. It has nothing to do with investment returns, asset allocation or finding hot alternative investments. It has to do with understanding the client’s values and seeing the whole picture.

But advisors tend to focus on solutions—and how they get paid for recommending or implementing those solutions. Okay. I understand we all have to make a living. I understand charitable planning can be complex and requires a lot of study. But many advisors don’t want to tackle anything new, and that mindset will only come back to haunt them in the long run.

Finally, there’s the fear of asset migration—the elephant in the room. If you think charitable planning will result in lower fees under your AUM business model, then you’ll find plenty of reasons not to recommend it to your clients. But if you do charitable planning properly, it will boost your business, not reduce it. You’ll have assets that can stick around for multiple generations through various types of trusts, foundations and charitable funds. Plus, once clients spread the word about how well you integrated philanthropy into their overall financial plan, the referrals are likely to roll in.

I had two separate calls the other day with entrepreneurs who had just sold their businesses for close to eight figures each. When I asked why they put $1million or $2 million of the proceeds into a donor-advised fund (DAF), they told me their advisor said they could get a tax deduction. But that’s the only thing they could do with the proceeds. I’m sure the advisors had their clients’ interests in mind but defaulting to a DAF whenever clients mention philanthropy is like defaulting to high-risk tech stocks whenever a client asks about investing. It's one solution but not the only solution.

I also think advisors default to DAFs because there’s not much of a learning curve involved. DAFs are simple to set up, simple to administer and available at most major financial institutions. Unfortunately, with a DAF, you’re just giving money away. The family gets no other benefit.

I asked the two owners: “Suppose there was a solution that could get you the same tax deduction but also benefit your family at the same time?” And they both looked at me strange. “No one ever told us we could do that!” they exclaimed. Again, I’m not bashing DAFs, but there are many other ways to accomplish the same goals for your clients, with often better long-term outcomes.

Take the pooled income fund (PIF). PIFs are essentially charitable trusts that “pool” together irrevocable gifts from one or more individuals, or a family. Like the more common charitable remainder trust (CRT), a PIF is a type of split interest trust. There’s a gift to a charitable trust. There’s income back to the donor. And there’s an ultimate gift to charity at some point in the future.

If you take a little time to learn about PIFs, you’ll find they produce a much larger charitable income tax deduction than a CRT does. Plus, there’s much more latitude in how the money can be invested. And because of the way PIFs are structured, you can run income for multiple generations—something you can’t do with a CRT. Many of the PIFs we’ve set up are for two, three, even four generations of beneficiaries. For more about PIFs, see my recent article "Pooled Income Funds Explained."

Let’s say you have a client, Larry Jones, who’s received an offer of $10 million for a property he owns. Let’s assume he depreciated the property down to zero over the years and is looking at $10 million capital gains. As a California resident, Larry’s tax is going to be about $3.7 million (37%) when you factor in the federal capital gains tax, plus state income tax and maybe the net investment income tax. So, Larry would have $6.3 million left in his estate. He should be able to live on the income, right?

There are three common scenarios I see:

2. Establish a CRT. Larry can sell the property inside the CRT, avoid the capital gains tax and receive income from the entire $10 million. Since the CRT has a “forced” payout minimum of 5% a year, that’s $500,000 a year in income—twice what he’d be earning with the no-plan plan.

However, Larry can run the CRT for only one generation—that is, during his and his wife’s lifetimes. If he dies the next day after she does, or if he and his wife suffer a fatal accident, that $10 million is gone from his estate, and his children get nothing. To avoid that terrible outcome, conventional wisdom is to buy second-to-die life insurance to replace the asset in the estate. Of course, such a policy at Larry’s advanced age could cost $100,000 a year. Now he’s making gifts to a trust and using up his exemption.

What most people don’t realize is that when money comes out of the CRT, some portion of it will be taxable at the capital gains rate. Essentially a CRT works like an installment sale.

3. Establish a PIF. Suppose instead, Larry transferred the $10 million property to a PIF. Here he can name his children and grandchildren as “successive income beneficiaries.” When Larry and his wife pass on, their children will get income from the PIF for as long as they’re alive and then their children (the grandchildren) will get income as long as they’re alive.

Even better, there’s no forced payout like there is with a CRT (see 5% above). Only the earned income must come out. Further, there’s a special structure my firm has devised for PIFs that can give Larry 4% tax-free income for the rest of his life, as well as for the rest of this children’s and grandchildren's lives. So, Larry is now getting 4% of $10 million ($400,000 a year). Since the income is tax-free, he’s essentially earning almost double after California state taxes are factored in.

So, what happens to the money after three generations have passed on? The money simply goes to the charities that were named by the donor and falls under the DAF rules.

As the old saying goes, “There are three types of people you can leave your money to: your family, the IRS or a charity (pick two out of three).” You never hear that individuals choose the government. But that’s who your charitable beneficiary is by default. I think you can do better, and so can your clients.

Randy A. Fox, CFP, AEP, is the founder of Two Hawks Consulting LLC. He is a nationally known wealth strategist, philanthropic estate planner, educator and speaker.