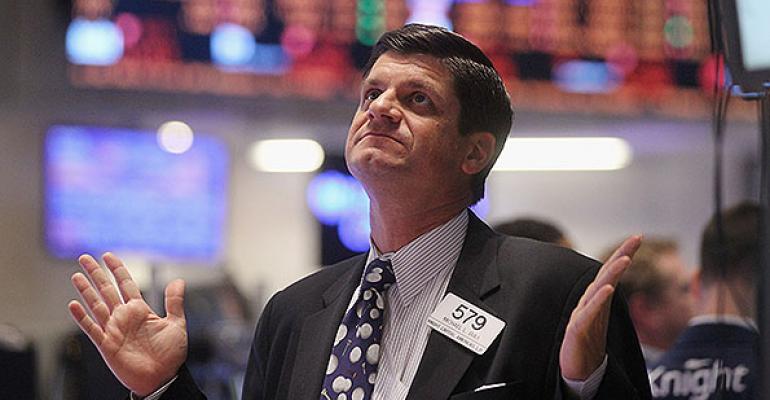 What Does One Basis Point Mean, Really?

The eternal search for rationales behind short-term market moves.

In a recent Financial Times piece, Mohamed El-Erian mentioned, almost as an afterthought, the idea that, with the proliferation of index products, a “technical contagion” could cause outsized dislocations, more than is warranted by the fundamentals. He mentioned this in the context of receding liquidity that’s especially hard on emerging markets, where the base of sponsorship is narrower and smaller than for, say, Treasurys or sovereign debt more broadly.

What touched a nerve with me was the eternal search for the reasons and rationales behind very short-term market moves.

I think that El-Erian’s comment warrants attention because he reflects the reality that the markets have changed. In the past, a 1 to 2 basis point was, and still is, so much noise that probably detracts more from a given understanding of the market’s direction than contributes to it. In recent years, perhaps the attention on such moves as increased as more people follow the action and attempt to stay relevant by writing more about less. Or, perhaps, it’s the nature of liquidity and what’s behind it that gives us a lot of choppiness but little sense of the more important directional implications if there are any; I get the idea that bonds are up because stocks are down at a given moment. The problem emerges when we ask why stocks are down and hear it’s due to bonds being up.

Since the great financial crisis, liquidity in Treasurys has become more focused in a few big hands on the bank side, as many desks shrunk in terms of balance sheet and population. The Fed and other central banks had a hand in absorbing that liquidity as well to say nothing of restraining volatility. Sporadically, a deal’s hedge unwind or rate-lock will have a non-directional impact for a blip or an algo will put on a position, immediately take it off, and messages go out over a bloc trade which doesn’t contribute much to the sum total of intelligence needed to make bigger trading or investment decisions.

Maybe I’m getting old and curmudgeonly and miss the days of rhyme and reason. Or, perhaps, the energy provided by not just the media but everyone out there coming up with something to say amidst white noise is a lot more than the market moves warrant. Which gets me to El-Erian’s idea about outsized dislocations on undersized inputs. If it’s true for an entity like the Treasury market, it’s even more true for the less liquid markets. I ponder if in the coming days the sheer weight of massive Treasury supply will have an intraday volatility-dampening effect as if the market will prove simply too large for a given trade to move.