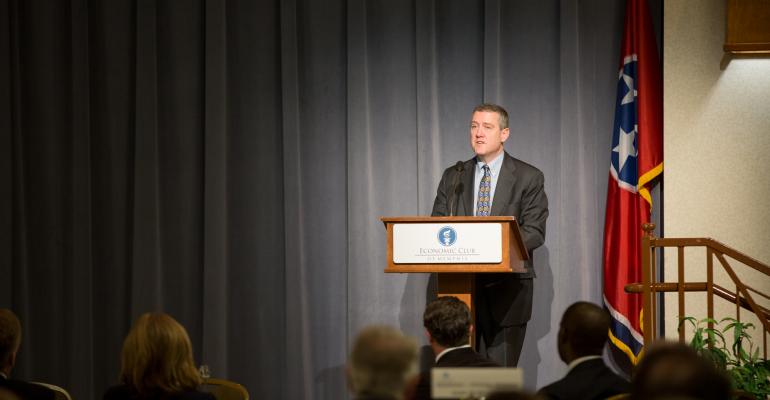 More Hikes Could Be a Load of “Bullard”

The St. Louis Fed’s president believes the bond market is doing the Fed’s work for it.

I must admit I was surprised by the market’s reaction to the Fed minutes, and I wasn’t alone (oh god, please don’t tell me he’s going to talk about Fed Fund futures).

Indeed, Fed Fund futures in the moments after the release and into the aftermath as stocks reversed and bonds sold off did essentially nothing. Of all things out there, surely Fed Fund futures would respond if the minutes were somehow an alert to a more hawkish trajectory. That they didn’t is the crux of the matter; why everything else sold off is another story about which I can only speculate, especially the belly to 30s steepening. I’ll put it up to positions, but that’s cheap.

Intuitively, if the market really grasped that the minutes were so hawkish as to allow for more hikes when inflation still isn’t at the Fed’s target, you would think the long end would outperform. Perhaps, it’s just a case of long-term outperformance until this month’s corrective action.

In any event, I’m sticking with Fed Fund futures and Bloomberg’s WIRP, which show little change in the market’s pricing of the Fed this year. That’s another way of saying that the market’s fully priced to what the Fed’s been telling us, which was reiterated Thursday by St. Louis Fed President James Bullard, who cautioned against too many hikes this year. “The idea that we need to go 100 basis points in 2018, that seems like a lot to me.”

Bullard in his CNBC interview said something else that I think is very important and, perhaps, underappreciated by various markets. He said that the bond market is doing the Fed’s work for it. So at least some at the Fed recognize that the broader gain to yields, not just Fed Funds adjustments, can have a slowing effect and so would warrant the steadier stance he and Fed Fund futures imply. I would suggest the rapid rise in yields warrants patience at this juncture rather than continuing to press on to higher yields out of the curve.

In short, to the extent the FOMC minutes were the most important economic event for the bond market in the last several days, I don’t see they offered any new direction. Once again, the price action is the story itself. Had the market rallied after the minutes I’m sure people would have said as much and interpreted it as a relief trade. Do note that the dollar seemed to pay some attention, finally, to our higher yield story and might exhibit a technical double bottom. Again, assuming Fed Fund futures are right, and the odds haven’t changed, it’s the rest of the market that misinterpreted the minutes for a while that afternoon. That the dollar seems to have found footing is a case of “well it’s about time” more than getting new information.

The bond market has found some footing and please don’t interpret that to mean I’m very bullish. I’m merely saying it seems we’re consolidating, that’s all. For example, I see momentum divergences and still oversold momentum on the charts, which makes me wary of pushing the bearish case at the moment. And I’m kind of impressed with the belly’s outperformance, which tends to be somewhat bullish. Then, too, the optics of 3 percent on 10s may prove at least psychological support.

What will influence the market in the coming days? Economically speaking, the main thing will be PCE price data. We already know something about spending from retail sales, so that will come off. Personal income is expected to trim down to 0.2 percent, the slowest gain since August. So, these reads would be mildly supportive if they weren’t already deemed somewhat “known” news.

The deflators for January are expected to rise, 0.4 percent at headline level and 0.3 percent for the core, due to the same factors that boosted CPI, so, again, somewhat known information. Those may be somewhat heady( they are), but won’t do much to the YoY rates seen up at 1.6 percent on the core from 1.5 percent (and well short of the Fed’s objective), and keeping the headline rate at a high 1.7 percent or low 1.8 percent. There may not be much solace in those from a bull’s perspective, but then with the market pricing in 100 percent odds of a hike three weeks later I’m not sure what more damage they need to do.