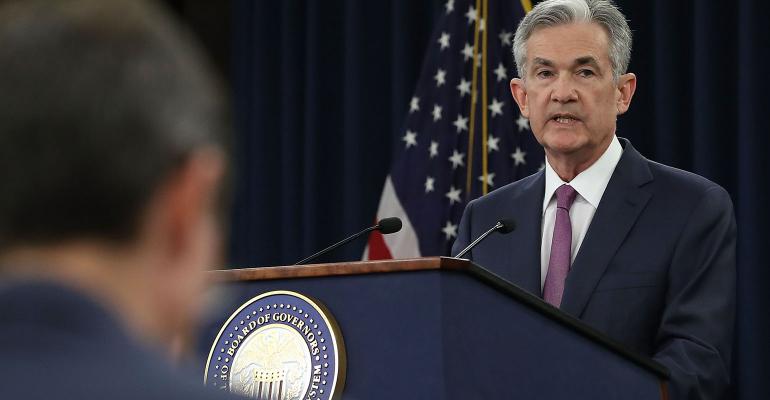 The Long (Fed) Hike Ahead

Let’s talk a bit more about the Federal Open Market Committee’s statement and its cut.

Yes, I mean cut, of these words: “The Committee expects that economic conditions will evolve in a manner that will warrant further gradual increases in the federal funds rate; the federal funds rate is likely to remain, for some time, below levels that are expected to prevail in the longer run.”  The Fed isn’t mincing words here. What they’re saying is they are more confident in the economy, inflation, and that the funds rate will now move to the longer-run objectives. It’s reasonable to see “gradual” to mean 25 basis point hikes each quarter.

That’s consistent with two more this year and, per their own projection, at least three next year. So, five hikes would take the funds rate to 3 to 3.25 percent just over a year from now. Given what the curve’s been doing—and post the FOMC edging towards still new flats for the cycle—I think it’s also reasonable to start talking about a potential inversion 12 months hence. This is consistent with my own “desire” to see 10s flirt with 3.25 to 3.5 percent.

Still, the market’s reaction was very benign to: the Fed, the China sanctions that followed, retail sales and to the Bank of Japan and the European Central Bank for that matter.

What do the markets know that I don’t? I sit here looking at 10-year yields edging sideways (trading quite near the 21- and 40-day moving averages coinciding around 2.96-plus percent), the S&P 500 sneaking up to 2800 and, frankly, I don’t get it. I say to myself: “Self, after the trade sanctions, the threat of pardons, after this G7, vastly rising deficits, hawkish FOMC with—let’s be honest—unprofessional, immature, tactless, at least, and offensive tweets, isn’t there any concern out there? Russia, RUSSIA! into the G7—don’t they murder people and interfere in our democracy? Why aren’t markets doing anything?”

I am, obviously, oblivious to something because I would think we’d be, like, seriously risk-off.

Complacency is an excuse, which carries the “look down my nose” judgement where I’m right and the market is wrong. Could be, but then I’d have to be uncharacteristically smug (and arrogant) to carry it off.

I’ve read what others tell me that, well, the G7 is just a meeting resulting in platitudes, and no one ever pays much attention. Fair enough, but that’s because they all end with smiles and handshakes, not comments like “there’s a special place in hell” or “that’s going to cost a lot of money for the people of Canada.” Those aren’t platitudes; they’re par for this particular Trump course. It seems “Little Rocket Man”... has a “very good personality, he’s funny, and he’s very, very smart.” I need to reread my Franz Kafka.

It’s possible that the markets are inured to all this, taking it in stride, and maybe not really believing the tone of the rhetoric reflects the outcome of events. Perhaps the markets see this as the Trumpian style of negotiations—crude, bullying, but ultimately…well, ultimately something more constructive than the vitriol suggests.

Or possibly, the markets are still running on the tax cuts, buybacks, M&A hoopla and the near-term GDP boost from other forms of social stimulus. I suppose, too, Trump’s meeting with Kim can be deemed a confidence boost, at least at the start, like both parties can demonstrate cooler heads, which lends a bit of offsetting to the nature of the tweets and rhetoric.

Maybe it’s not about Trump at all, but central banks where we hang over whether a 5 basis point difference in the rate on interest rates on excessive reserves becomes a big deal. We don’t have an ECB taper tantrum. We do have the bullish side to Fed hiking, such as the impact on emerging markets and the flatter curve and the collar. Perhaps the markets are taking solace from all that. Maybe gold prices have it right.

I will weigh in on the complacency notion with a twist. The twist is that there’s no immediate or obvious market direction, and that instills complacency and acceptance but should not be interpreted as more than that. I think the markets don’t know what to make of the recent excretings of U.S. officials, don’t know how it will resolve, don’t quite grasp why the Iran deal was bad but a comparable Korean deal will be good (other than we made the former with Europeans), and we’ll always(?) have buybacks and now M&As.

Ahem, well. Doesn’t all that warrant a chart? These measures below look at uncertainty, which is clearly limited though I hope not limited solely to me.