/sites/all/themes/penton_subtheme_wealthmanagement/images/logos/footer.png
Recent
Recent
10 Must Reads for the CRE Industry Today (Jun. 16, 2021)
Jun 15, 2021
Advisors Considering a Move: Begin With the End in Mind
Jun 15, 2021
Blucora Expects TaxAct/Avantax Synergies to Bring $2B in New Assets
Jun 15, 2021
AmEx Goes Hybrid with Most Workers at Home Mondays and Fridays
Jun 15, 2021
Featured
Poll: 15 Classic Books on Investing and the Markets
Apr 03, 2020
Fifteen Must-Listen Business Podcasts for Advisors
Aug 14, 2020
25 U.S. Markets Adding the Most Multifamily Units This Year
Feb 03, 2021
The Top Colleges for Financial Planning
Oct 03, 2019
Bloomberg
brought to you by 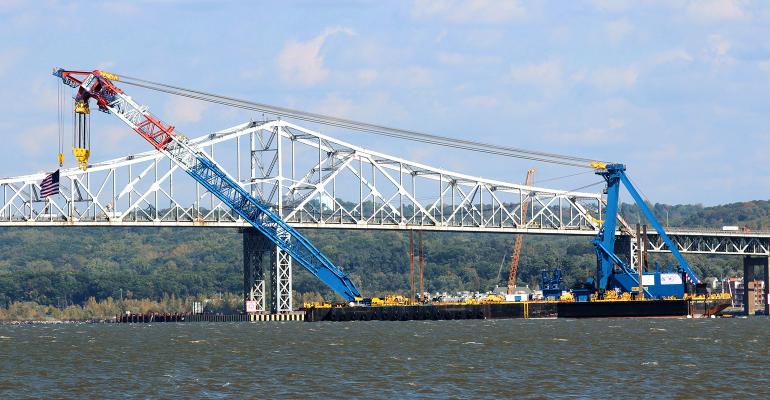 Municipal-bond mutual funds and exchange traded funds have pulled in about $46.9 billion over the last 38 straight weeks. That’s the biggest cash haul since 2010.

(Bloomberg) -- Municipal bonds have never been at risk of becoming the next big thing for bubble-chasing investors, like crypto currencies or tech IPOs.

But 2019 has been marked by an unusually large stampede into the $3.8 trillion state and local government debt market because of a motive that’s nearly as old as civilization itself: avoiding taxes.

Municipal-bond mutual funds and exchange traded funds have pulled in about $46.9 billion over the last 38 straight weeks. That’s the biggest cash haul since 2010 and eclipses the $38.1 billion they picked up during the 54-week stretch that ended in 2016, according to Refinitiv’s Lipper US Fund Flows data.

Several factors are helping to feed the demand, including interest-rate cuts that have pushed up the price of outstanding bonds and sent the market to its biggest gain since 2014. But a major reason is the tax overhaul that capped the federal deduction of state and local taxes, which caused some Americans to use their investments as a way to drive down what they owe.

“Munis have become more of a pure investment. It’s a tax vehicle for many,” said Peter Block, head of municipal bond strategy at Ramirez & Co., who described the appetite for tax shelters as “voracious.”

“Clearly it’s taking off as a tax strategy for the advisory community,” Block said.

While the muni market has weakened recently, it’s still delivered returns of about 6.7% this year, and it has fared better than others as prices retreated after August’s big rally. The muni market’s one-month loss of 0.84% compares with the 0.95% loss for Treasuries and the 0.75% loss for corporate bonds, according to Bloomberg Barclays indexes.

Meanwhile, offerings of new municipal bonds this year haven’t kept pace with demand because the tax overhaul did away with a major refinancing tactic and states and cities remain hesitant to run up debt. But for those who do sell, they can lock in borrowing costs near historical lows.

“You have this limited supply of bonds-- great for you guys to issue debt,” Terry Goode, a senior portfolio manager at Wells Capital Management, told municipal representatives at a Bond Buyer conference in San Francisco on Tuesday. “And people like me are clamoring for those particular bonds.”

--With assistance from Maria Elena Vizcaino.

To contact the reporter on this story:
Romy Varghese in San Francisco at [email protected]

To contact the editors responsible for this story:
Elizabeth Campbell at [email protected]
Michael B. Marois, William Selway