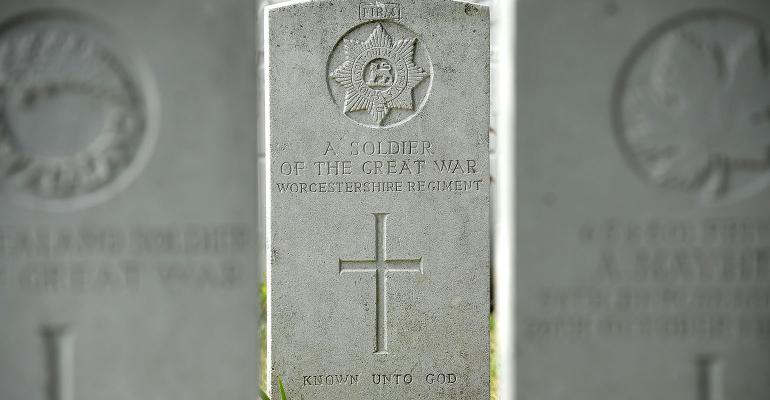 Four Observations on a Tumultuous Month for Bonds

May we live in less interesting times.

I’m back from a series of fortunate events, not the least of which was watching, at a distance, events from the touch of 3.12 percent 10-year yields on May 18 to the plunge post-Memorial Day to near 2.75 percent. I would like to think the time on my “back to the front tour” of some European battlefields gives me perspective on many topics.

First, we surely knew, but apparently didn’t heed, the softer tone to Europe, as evidenced by the Citi EZ Economic Surprise Index at -100 early in May, the weakest level in seven years. Something was underway already and weakness in this aggregate was evident across the globe. Yet rates continued to rise until quite recently.

Second, I’ve been surprised that the “mercurial” nature of Trump’s thoughts on trade policies, tariffs and talks with North Korea has not had more of a detrimental impact on risk assets in general and on broader confidence. I’ll chalk that up to complacency over the heretofore relatively benign price action and the inevitable effort to explain that away, i.e., the tax cuts remain the great hope. Since prices weren’t really reacting in anxious fashion, then things must be okay. Perhaps tweets and the ever-changing policies on trade etc., when the global economy has been showing signs of slowing, are starting to challenge the narrative that the tax breaks would alone accelerate domestic growth.

Tariffs do have consequences, such as retaliation, damage to the economies involved and higher costs for certain producers and reduced outlets for others. The question that keeps coming up is just how serious the threats are. In the latest guise, they are more serious than they were.

Third is the impact of central banks. Since the main determinants of the level of interest rates, the direction of interest rates and the shape of the various curves have been monetary policies across the globe over the last 10 years, it stands to reason even nuanced changes will have a massive impact. Thus, in the wake of the minutes of the Federal Open Market Committee, we find an arguably more dovish read. (Frankly, I’m not so sure of that, but the market seems to think so, so I’ll go with that read.)

Lo and behold, in the run-up to the FOMC minutes we find that speculator shorts in the euro through this year’s futures was a extremely deep net position. Combine that with low reads on the Daily Sentiment Index (euros around 20: a bullish contrarian level), it appears that the front end was rife for a technical correction anyway. Simply keep in mind that on May 22, the day of those FOMC mnutes, 2-years we’re probing up near 2.60 percent before plunging to 2.29 percent earlier in this last week. I am not saying that the Federal Reserve is changing its tune very much or that the European Central Bank is about to, but rather that market thoughts about the sort of events that have just transpired (Italy, trade, risk) inevitably lead to at least thoughts about central bank policy and thus sharp reaction especially given positions and the change in Sentiment with a capital S.

Fourth, have you seen what’s going on with credit spreads? Widening from the start of the year and reaching pretty much the wides of the last few years by the middle of May and recovering some lost ground since then.

What I’m trying to say with all of the above is that the U.S. markets were in a corrective mode in the days prior to the Italy story, and the most recent sanction stuff after having been in a long, complacent even, view to a flatter curve and higher rates inspired by both the Fed and expectation of the economic impact of the tax cuts. Very recent events provided reason to pause a bit on all that—combined with the acceleration factor of Italy’s politics—here we are.

Cutting to the chase, I don’t want to get too bullish because of the price action. Yes, the seasonals are entering a bullish period. Yes, the approach of the November elections provides uncertainty. Yes, some of the economic data globally is disappointing. And, yes, what’s going on with politics all over the place raises a tremendous degree of uncertainty—or just nudges us out of our complacency to pay attention—which I would think lends itself to a bullish steepening potential. But I don’t see a directional strategy to say the market is now in bull mode for more than a correction. I see volatility. I see a liquidity constraint that exaggerates price action and not a new direction. I suspect 10-years will have a summer range from 2.62+/-2.75 percent to 3.12+/-3.25 percent, something like that. The last I looked, odds of at least a June hike were still at about 100 percent.