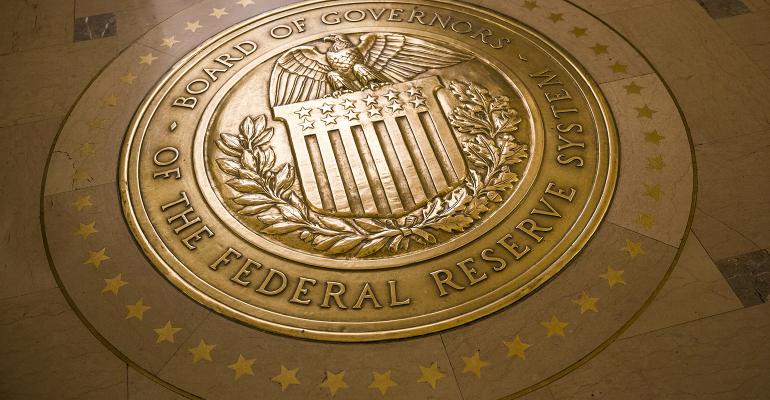 Fallen Angels Are Coming and the Fed Can’t Save Them

The inevitable downgrades from triple-B to double-B will put money managers to the test.

That is, if they haven’t already. The credit-rating company has already dropped dozens of companies in the past week, ever since it became clear that the double whammy of the coronavirus outbreak and the oil-price shock could decimate the outlook for certain industries. On March 17, it cut Lufthansa to Ba1, the highest speculative-grade rating, from Baa3, citing “a severe and extensive credit shock” from those two factors. One day later, Occidental Petroleum Corp. was similarly dropped to Ba1 from Baa3, making the crude oil and natural gas company the biggest “fallen angel” yet in this downgrade cycle. In a March 19 interview, Anne Van Praagh and Christina Padgett at Moody’s told me to expect to see more action in the next couple of weeks as analysts undertake a global review of ratings and go company by company through the sectors most at risk, like oil and gas, gambling, passenger airlines, restaurants and lodging.

This, of course, is not what money managers or corporate leaders want to hear, particularly as it pertains to companies rated triple-B. A descent into junk can force at least some mutual funds to sell their holdings, potentially at steep losses, while making borrowing costs much more punitive for businesses at precisely the moment they need funds. It’s hard to believe, but just three months ago, the difference between double-B and triple-B corporate bond yields fell to 38 basis points, the smallest on record. It’s now almost 10 times that, at 345 basis points, the widest gap since 2011.

JPMorgan Chase & Co. analysts wrote in note this week that fallen angels — companies that drop from investment grade to high yield — are likely to total $215 billion this year, topping 2005’s record of $100 billion. Barclays Plc sees fallen-angel volume of between $175 billion and $200 billion. As a percentage of the investment-grade market, JPMorgan’s estimate is for a 3.7% rate and Barclays’s is 3.5%. So far, $32 billion has dropped into speculative grade in 2020.

One of the more interesting wrinkles in all of this is that the Federal Reserve on Monday announced measures designed to “support credit to large employers” — but only those with investment grades. Its Primary Market Corporate Credit Facility and Secondary Market Corporate Credit Facility can buy company bonds rated triple-B or higher with no more than four and five years until maturity, respectively. As my Bloomberg Opinion colleague Matt Levine noted, “the ratings agencies have a lot more power today than they had last week; now a downgrade can take a company out of eligibility for Fed support.”

I have never worked at a credit-rating company, but I’m confident the analysts take no pleasure in this extreme negative shock to economic growth and the resulting deteriorating credit quality across industries. At the same time, their job is to objectively assess the outlook for companies. Whether it forces mutual-fund selling, more difficult borrowing conditions or even removes some debt from consideration by the Fed, none of that is in their immediate purview.

“Our goal is really to inform market participants at this point where we see risks and where we see material changes to credit quality,” Van Praagh said. “This set of events and credit effects is unprecedented — we’ve never seen anything like this before.”

That doesn’t mean people won’t try to plead for leniency. Levine suggested that perhaps the credit-rating firms should take a few months off. “I am not convinced that they can add a lot of value these days by telling investors that credit quality has declined — we know! — but they can certainly do some damage by causing forced sales.” Over in the municipal-bond market, Citigroup Inc. strategists suggested on March 17 that the companies should “cut municipal issuers some slack for now (think of it as patriotic duty)…. Let’s remember, we are all equally stunned, and equally blameless, where this crisis is concerned.”

That’s just not how this works, though. The credit-rating companies will act as they see fit, even if it creates a wave of fallen angels. What could change, however, are mutual-fund requirements, which would allow funds that buy investment-grade securities to cling to fallen angels rather than offload them at fire-sale prices.

To get a sense of how crucial the difference can be between double-B and triple-B, consider the following three exchange-traded funds: The VanEck Vectors Fallen Angel High Yield Bond ETF (ticker: ANGL); the iShares iBoxx Investment Grade Corporate Bond ETF (ticker: LQD); and the iShares iBoxx High Yield Corporate Bond ETF (ticker: HYG). From ANGL’s inception in April 2012 through the end of February, it gained 84.6% to LQD’s 50.2% and HYG’s 48.5%. Even after this month’s huge tumble, it’s still up 40% in the past eight years, compared with about 21% for both LQD and HYG.

As Bloomberg Intelligence’s Eric Balchunas told me recently, this outperformance seems to prove that fallen angels drop in price more than their fundamentals would indicate. So even if all mutual-fund requirements aren’t as strict as we’re made to believe about selling downgraded bonds, there’s still enough rigidity out there for this strategy to profit. To be sure, ANGL has only existed up until now during boom times for credit markets, so it’s possible in a tougher environment it could face harsher losses, too.

Still, this idea of arbitraging away potential mispricing between two credit ratings for easy profit makes sense intuitively. To me, at least, it would be better for a mutual-fund company to launch a dedicated strategy to picking winners among the incoming fallen angels rather than rewrite the rules at the last minute for its investment-grade funds. Or what about those unconstrained bond funds? A wave of downgrades and the messy trading that comes after are precisely the time that they’re supposed to back up the proverbial truck. Of course, it’s hard to do much of anything when confronted with an unprecedented stampede out of fixed-income funds.

Dramatic Fed intervention may steady some markets, but unless something changes — and, judging by the last two weeks, it very well could — the central bank won’t be there to save fallen angels. Which brave investors will step up?