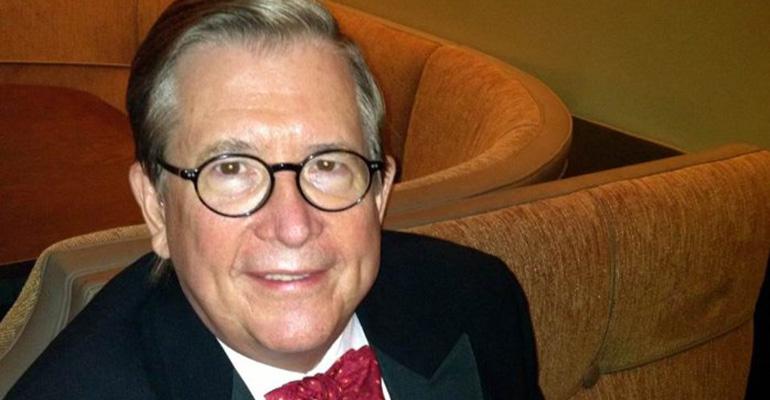 Take it from someone who's been through this before: "It's more of the same."

(Bloomberg) --Lacy Hunt has lived through something the lion’s share of Wall Street hasn’t experienced.

As a young bond manager coming of age during the Great Inflation and Richard Nixon’s wage and price controls, Hunt saw the bear market in bonds coming in the late 1970s, and says he made a fortune for his clients. That turned out to be the last period of sustained selloff in the $13.9 trillion Treasury market, making the 74-year-old and other veterans of his generation a rare breed in finance today: people who actually traded during a period when bonds continuously lost value.

Today, as hints of inflation start to bubble and calling the next bear market becomes the industry’s favorite pastime, Hoisington Investment Management’s Hunt shrugs it off and says “it’s just more of the same.” Using an out of fashion metric known as the velocity of money, the Austin, Texas-based economist says he’s convinced the rout since the election of Donald Trump is just a bump in the road for an extended rally.

The velocity is the rate at which money circulates in the economy and is usually measured as a ratio of nominal gross domestic product over the total supply. In other words, it measures how well an economy is able to generate transactions, and in turn growth, with an incremental increase of money in the financial system.

The problem is money velocity in the U.S. (as measured by M2) has fallen to a record-low of 1.44, meaning every dollar spent circulates only 1.44 times in the economy, down from over 2 times at the peak in 1997. To Hunt and other adherents, that shows even after years of unprecedented money printing by the Federal Reserve, inflation will remain subdued and elusive, largely because the private sector has chosen to hoard, and not spend, the money in the years after the financial crisis.

"When debt is at high levels and increasingly counterproductive, the most important lesson of economic history is that the velocity of money falls," said Hunt said, who helps manage $3.6 billion in assets. "I’m still long bonds, especially the long-end," the part of the yield curve that’s the most sensitive to rising inflation.

The $308 million Wasatch-Hoisington U.S. Treasury fund gives reason to listen to Hunt. The fund has outperformed over 90 percent of its peers in the past three and five years, and has returned 1.7 percent this year.

Money velocity isn’t a bullet-proof economic indicator. Financial innovation, and the rise of shadow banking, have made it hard to measure exactly how much money is floating around in the financial system. And some would say that "money" itself is going through an identity crisis these days.

Hunt isn’t the only one seeing the record-low pace as an ominous sign. The fact that money velocity declined rapidly during years of near-zero interest rates may signal aggressive monetary easing actually led to deflation instead of inflation, economists at the St. Louis Fed wrote back in 2014.

"In this regard, the unconventional monetary policy has reinforced the recession by stimulating the private sector’s money demand through pursuing an excessively low interest rate policy," economists Yi Wen and Maria A. Arias wrote.

"I know I’m the minority here,” Hunt said. “I’m just trying to see the world as I think it should be seen.”