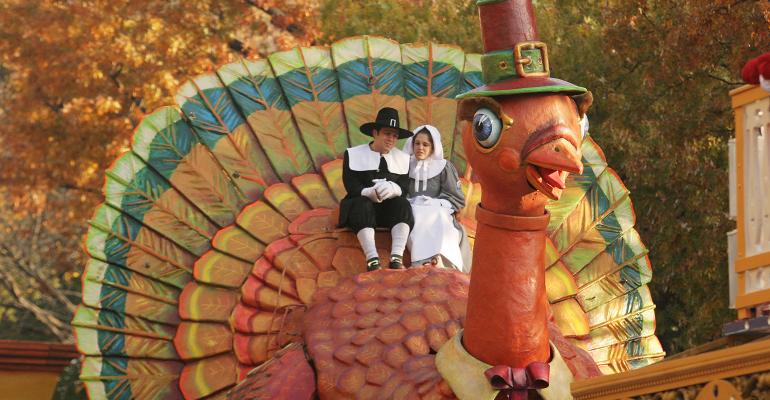 Thanksgiving week is an odd one from a trading perspective given the thinned-out ranks at the expense of expanded bellies.

There isn’t much going on in the data sense to enhance anyone’s already overwhelming odds for a Dec. 13 Fed hike and the better than 50 percent probabilities for a March move, or a total of three to the end of next year. That seems about right for now.

It’s interesting to see the aggregated economic surprise indexes quite high while long yields hold quite steady. The latter is a function of the grand flattening that’s been going on for a while which I’ve discussed ad nauseam. Still, it’s there and I’ll reiterate: (1) modest inflation, (2) Fed hiking, (3) year-end rebalancing vs. stock, and (4) Treasury “go short” debt tactic. I suppose the Fed will take some solace from the Consumer Price Index report from two angles: one is that it’s hardly a threat and two is that it’s not weakening. The Personal Consumption Expenditures price measures are another matter entirely, as are five-year forwards, which have been steady since July and at the lower end of the last year’s range.

I suppose this really translates to a relatively consolidative framework for the coming days as we try to get a sense of what any final tax plan will look like and how the political scandals may impact the Senate. Throw in the fact that the Continuing Resolution funds the government through Dec 8. I’ve not heard much on the subject but, presumably, it will at least be a talking point.

Anyway, to the charts. First, I see a rising wedge in Treasury inflation-protected securities and break-even inflation rate against a stochastic and moving average convergence/divergence, which is a setup for a drop in the BEIR—watch for a move under the 21-day Moving Average to 200-day from 188+ basis points to 186+ basis points. I’m targeting 182+ bp  to 180 bp. Tens outright have two trendlines, one sloping down and the other up, that center on 2.34 percent. Momentum is a bit bullish and so I’d look to a test of the lower one at 2.31+ percent to the 200-day MA at 2.30+ percent. The flattening looks a bit tired to me, and my inclination would be to take profits vs. bet on a steepening reversal.

2s/10s have overdone momentum and fulfilled the objective of a falling wedge pattern.