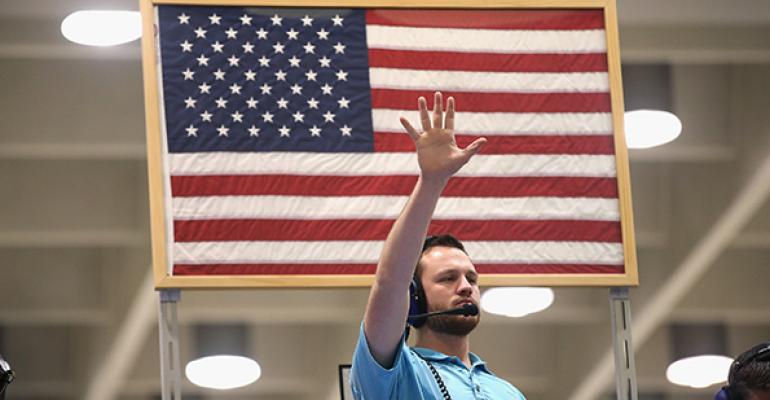 Informa’s Chief Macro Strategist weighs in on the past week. The thing is, the components to that BBG index reveal a more nuanced story. To wit, by far the strongest component is sentiment, as told by the “Surveys & Business Cycle Indicator” category. The others look quite lame. A negative read doesn’t mean it’s in decline. Rather, it’s a comparison to the consensus expectations. In that respect, the consensus may have been looking for a huge number and, instead, got merely a strong number, so it doesn’t mean the data is weak per se. Still, the hyper-performance of sentiment vs. other things is notable and hints that yields, too, have an element of emotion behind them. That does not extract too much from the market’s bearish price action, but it’s on my mind. I must say that I can’t recall a change in Fed chairmanship that’s generated so much interest and speculation—and I’ve been through a few. Perhaps it’s a sign of the times; I mean, pejoratively speaking, that in this era of tweets and a communications style that detracts from substance, someone out there likes the attention. I mean, I’m not saying who heads the Fed is not important, but, there’s an awful lot of energy spilled on musing one vs. the other.

None of that has done much to change the market’s perception of a Fed hike in December or beyond, by the way. The steeper curve over the last week or so, I suspect, is sort of about the Fed. That is to say, with December odds flat at around 83.6 percent and speculator positions extremely short in ED and TU and long TY, what took place is an old-fashioned unwind. There simply isn’t any room to further price in the Fed. Also, there was some angst over the European Central Bank cutting quantitative easing down, which it did in size but extended in length and flexible beyond. BBG Gadfly Mark Gilbert caught the “relief”mood rather well, calling it a “Ta-purr rather than a tantrum.”

It’s hard to be bullish into year-end. The levels aren’t unappealing in light of recent inflation data, but I’m concerned about base effects, seasonals (discussed in some depth last week) and holding out for the tax plan, which could motivate the Fed to be more aggressive in hikes if they deem it stimulative. The daily chart momentum is in oversold territory which would lean me to the more constructive side, but the break of 2.42 percent and the weekly momentum encourage a go-with weakness that I think means a probe towards 2.55 percent and perhaps 2.63 percent.

Sentiment is slipping but not yet a contrarian alert (referring to daily sentiment indexes) while specs remain long TY and US.  FYI, technically, 2s/10s might be developing a falling wedge pattern that would favor steepening.