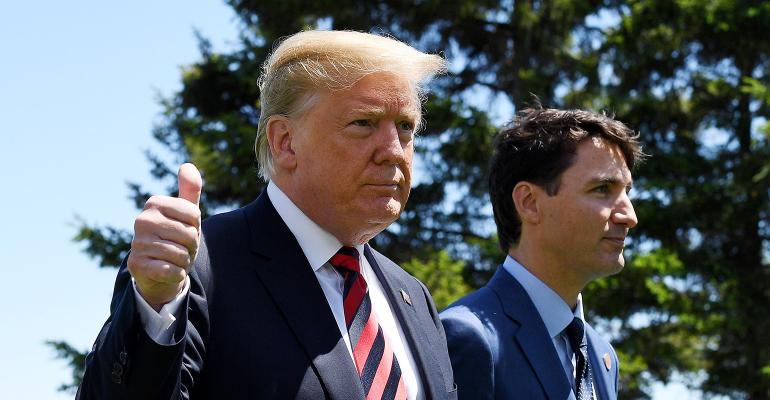 Informa’s chief macrostrategist weighs in on what’s to come.

It was a decidedly light week for domestic news which, on balance, didn’t have much of an influence anyway.  The job openings and labor turnover survey’s rise in openings garnered attention, ISM non-manufacturing index ticked up and trade narrowed, all of which puts the Atlanta Fed’s GDPNow forecast at a healthy 4.5 percent. You’d think this would tend to put upward pressure on rates, at least at the front end as it restores odds of a hike later this year.

The rationale for the market’s more subdued tone, indeed relatively firm price action in the context of sideways action, stems from other things, such as the behavior in certain emerging markets, namely Brazil’s Bovespa, which on Thursday caught Treasurys’ somnambulantly trading and then forced a bid. There were fingers pointing to one of those fun excuses of a “fat finger” trade, but that seems lame.

But we can’t ignore other overseas, or at least cross border, events. One is the tone to European data, especially Germany, which has given Bunds what candlestick followers will deem an “abandoned baby” pattern. This could point to a deeper rally and, besides, is an awfully fun pattern to cite. Bunds also are showing respect for their move under their 200-day moving average. Back to Germany and EU data in general, it’s been coming in weaker-than-expected, as shown by the Citi Surprise Indexes.

The only thing I can readily offer on the trade issue is that it’s, duh, a big one. Depending on how it goes it could tick off Trump’s base (certainly our closest allies and members of the GOP who already are trying to limit his efforts). It apparently has also caused remarkable tension in the White House itself.

The Wall Street Journal wrote this Friday morning: “Aides have cursed at one another in front of Mr. Trump as they struggle to reconcile clashing views on whether to impose tariffs to force concessions. Mr. Trump encourages the competing voices, and the status of senior officials rises and falls depending on the president’s shifting goals.”

This doesn’t register confidence in how policy should be conducted, but it does enhance angst and uncertainty about the outcome. Surely this can prove a challenge to those bearish on bonds: a camp I find myself in and now pondering my “ambition” for 10s at 3.25 to 50 percent.

I don’t think the bids Treasurys have gotten in the last few days, certainly not around Memorial Day, are about a love of the market. Rather, it’s about covering and relative performance—U.S. 10s near 250 basis points over Bunds, for example. We remain not the ugliest dog in the show.

Notice how far I’ve gotten without telling you if I’m bullish or bearish? I was hoping you could tell me!  Actually, I’m still a bit bearish, though not sure why other than my expectation that the Federal Reserve will continue to emphasize an expectation for inflation to rise and so provoke two more hikes after next week. I don’t think investors inside of 3 percent are all that constructive, as our data hasn’t softened, and last I looked, we have some supply to bid on next week. I will say that, technically, 2s/10s looks poised for a correction with a triple bottom, oversold momentum and evidence of unwinds in the recent Commitments of Traders report—a move to 54 bps is not out of the question. I think 10s, for now, are in a 2.88 to 3.05 percent range, which captures recent volume bulges as bookends.