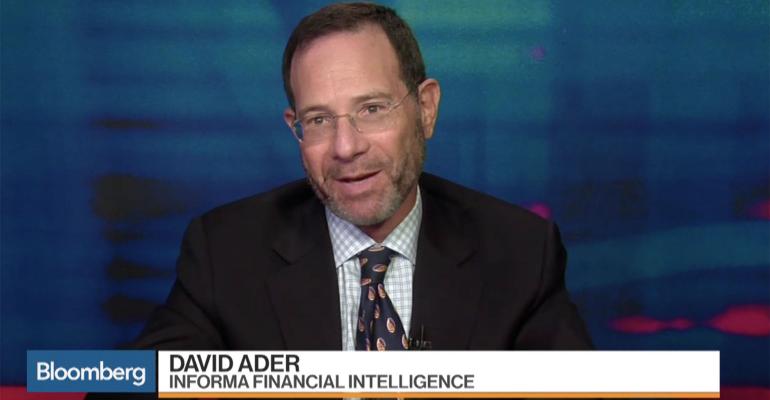 Little drama on the horizon.

I was on Bloomberg TV the other day, preceded by Lacy Hunt, a serious bond bull, and Milton Berg, Lacy's polar opposite when it comes to the bond market. Lacy says the secular low in bond yields remains in the future. Milton is calling for a 30-year bond BEAR market.

So, there I was sweating under the hot lights and scrutiny of Vonnie Quinn when she asked me where I stood on the matter. I came back with the middle ground, meaning I wasn't overly bearish, but wasn't exactly bullish either. I had the chart below in mind when I said the market's been in a range since March, and I think it will largely hold to that range for several months longer. Indeed, I think a largely narrow and sideways range is here to stay for years to come. I don't think calling for, say, a potential plus or minus 50-100 bp move in long rates is something to sneeze at, but I don't think directionally we're going beyond that for a long time, a generation maybe. If it takes 30 years to take 10s to, say, 3.5 percent to 4 percent, I wouldn't quite call it a secular bear market. Bringing things a bit closer to the here and now, I think that monetary events for the balance of the year are largely known—they do the balance sheet reduction, hold off on a hike until Q1, and then we see a new, presumably business friendly (read dovish), Chairman. I think that'll be more likely to reduce hike expectations than increase them. Then there's the uncertainty factor of GOP politics. Leaving aside the investigation(s), the big question is what fiscal initiatives will come through, if any. The rancor and friction between Trump and the GOP in Congress isn't just a political issue, but a market call. I continue to think a lot of the 'good' news has been priced in (tax cuts, fiscal stimulus, deregulation) and what remains are the selling of the fact that has either been discounted or will prove disappointing. And, as the rancor goes on, surely market thoughts will move to the mid-term elections. With bond-market positioning pretty neutral (I'm thinking of investors), the economic outlook neither accelerating nor decelerating and sentiment flat, I don't see a lot of drama on the horizon.

If I'm wrong about the trajectory of Fed hikes I suspect it will be in part, maybe large part, due to rising Fed rhetoric about risk asset valuation. Here is something from the latest Minutes: “vulnerabilities associated with asset valuation pressures had edged up from notable to elevated.” Such talk has mounted this year. Valuations of the sort they refer are not part of the dual mandate and can't be readily seen in the Phillips Curve, but overheated assets do play into systemic and economic risk and cooling that means tightening.

Vice Chairman Fischer had this to day in June: 1) “The general rise in valuation pressures may be partly explained by a generally brighter economic outlook, but there are signs that risk appetite increased as well…So far, the evidently high risk appetite has not lead to increased leverage across the financial system, but close monitoring is warranted,” 2) “At first glance, one is tempted to say that the potential for this distress to adversely affect the financial system seems moderate… But, on second thought, one should remember that pre-crisis subprime mortgage loans were dismissed as a stability risk because they accounted for only about 13 percent of household mortgages,” and 3) “The corporate business sector appears to be notably leveraged, with the current aggregate corporate-sector leverage standing near 20-year highs.”