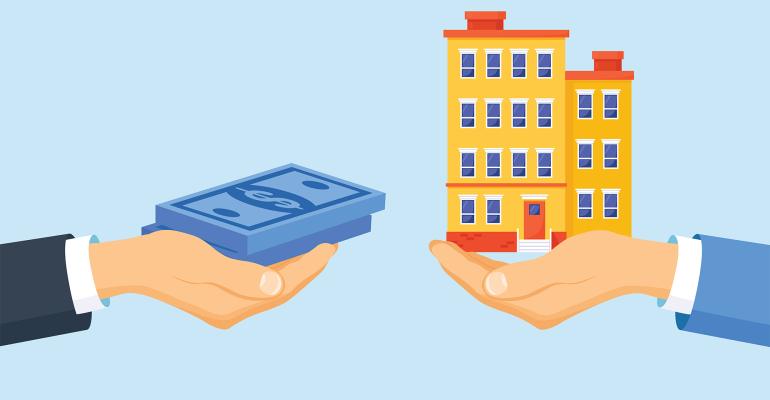 Much like the larger capital providers, lenders in the $2M to $20M financing space have become more cautious in how they underwrite deals.

Smaller apartment properties with fewer units are supposed to be more vulnerable to tough times—and the last few years seem to have included every kind of tough time. But properties of any size with proven income and strong sponsors can still find the financing they need, despite rising rates and current volatility in capital markets.

Some lenders are no longer making these small loans. Some banks have taken on as much real estate risk as they can. Some private equity debt funds have also backed away from small balance lending after being too aggressive with leverage and underwriting. But small loans made by careful lenders have performed well both during the coronavirus pandemic and in this time of rising interest rates, according to dealmakers. That allows many banks and Freddie Mac and Fannie Mae lenders keep making small apartment loans even as benchmark interest rates rise.

Small balance loans made by bank and agency lenders have performed well even though the smaller buildings that receive these loans could be vulnerable because of their size.

“If one tenant in 10-unit property is unable to make their rental payment or vacates the property, the property’s cash flow ultimately suffers,” says John Hinder, managing director for Walker & Dunlop. “Smaller properties in metropolitan areas also often include a ground floor retail component. The property’s cash flow will also suffer if the retail tenant falls behind on payments or closes business.”

Experienced investor-owners who manage their own small properties are sometime able to attentively communicate with their handful of tenants, helping to offset some of these risks, and helping residents access federal rental assistance programs during the pandemic.

“We have seen residents be really diligent,” says Josh Berde, senior vice president of debt and structured finance for CBRE Capital Markets, working in the firm's offices in Seattle.

“Some of these assets have been propped up by federal assistance programs. We have largely worked through it.”

Borrowers take out these loans with a variety of terms, depending on the business plans of the borrowers. Overall, borrowers now somewhat less likely to take seven-year and ten-year loans. At the beginning 2022, borrowers often received interest rates as low as 3 percent for these loans, with the interest rate fixed at 175 basis points over the yield on 10-year Treasury bonds. Since then, Treasury bond yields have risen and risen again.

Some borrowers are turning to shorter-term, five-year loans—even though bond investors think the economy has more risk in the short-term, so interest rates are higher for shorter-term debt.

“The yield on the five-year Treasury is higher than the 10-year, but people will do it to get that flexibility,” says Berde.  “They may believe that that longer-term rates are going to settle and they can refinance.”

High interest rates cut into the amount of debt apartment properties can support.

“The increase in interest rates has constrained loans to typically 50 percent to 55 percent of value, representing a 10 percent decrease from their previous standard of 60 percent to 65 percent,” says JLL’s Mraz.

Rising interest rates can also strain on small balance loans, particularly when it is time to refinance.

“Rising interest rates have made lenders much more cautious because the borrower's ability to pay back debt can be limited,” says Walker & Dunlop’s Hinder. “This creates an environment where cash flow is the constraining factor on loans rather than value, keeping the leverage at a palatable level for lenders—but not so much for the borrowers.”

These stresses are keeping some banks from making new small-balance loans.

“We have seen banks in the small balance loan space facing pressure from regulators,” says Walker & Dunlop’s Hinder. Federal regulators can ask banks to hold more capital in reserve to offset investments they feel are risky. The risks include the exposure of many banks to real estate loans and the risk of a recession in the coming months. “That is causing the regulators to focus more on the banks and how much they are allowing them to lend on real estate," says Hinder.

“A lot of bridge lenders out there—that number is going to be less,” says CBRE’s Berde.

Many based the size of the loans they offered on optimistic, “pro-forma” underwriting, rather than proven existing income. Many of these loans effectively covered 80 percent of the value of the property. Some of these loans may have problems as they mature and need to be refinanced. If buyers demand higher cap rates, that would work out to lower prices for properties. Owners may not be able to refinance without large infusions of capital, forcing some to sell—even if the drop in the price erases most or all of the equity owners believed that they had.

“The availability of debt fund money for loans under $20 million has been more challenging and more expensive,” says Mraz. “They will typically require sponsorship with repeat business potential.”

Despite these stresses, most borrower can still find lenders willing to make “small” loans between $2 million and $20 million to apartment properties without too much trouble. Even though some lenders may be wary of these risks, enough banks remain, along with agency lenders, to provide capital to qualified borrowers.

“One of the primary roles of Fannie Mae and Freddie Mac is to provide stability in the multifamily lending market during uncertain times,” says Walker & Dunlop’s Hinder.