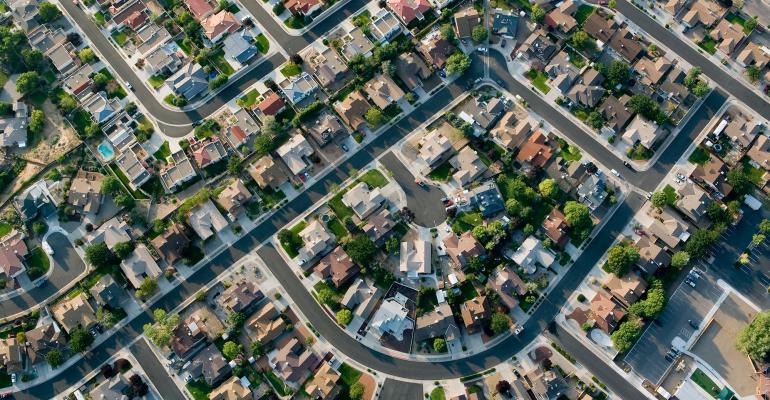 Privatizing the companies has proved easier said than done.

(Bloomberg) -- Fannie Mae and Freddie Mac said a regulator’s plan to boost their capital would increase mortgage borrowing costs for the millions of Americans who rely on the companies to buy homes and asked that the proposal be dialed back.

The comments come as FHFA Director Mark Calabria continues his push to eventually privatize the companies, which have been in federal control since the 2008 financial crisis. In May, the FHFA proposed that Fannie and Freddie be required to hold about $240 billion in capital combined, based on their September 2019 assets. Increasing their capital is considered crucial in ensuring the companies can absorb losses outside the government’s grip.

Fannie and Freddie don’t make mortgages themselves. They buy them from lenders, wrap them into securities and guarantee to investors the repayment of principal and interest. The fees they charge are generally passed on to borrowers in the form of higher mortgage rates.

Privatizing the companies has proved easier said than done. High capital requirements better protect taxpayers from the need for future bailouts but also have the likelihood of making it more costly for borrowers to get loans. Stringent standards also could make it harder for Fannie and Freddie to raise money from investors through share sales, as investors might fear the restrictions would crimp the companies’ earnings.

In Fannie’s letter, officials said they were concerned the FHFA didn’t strike the right balance and proposed adjustments to ensure the new rule “does not impede the Enterprises’ achievement of their mission or complicate the path to ending conservatorship.” Both companies said that the need for higher fees could end up shrinking their businesses by pushing lenders and borrowers to other outlets for mortgage financing.

FHFA officials have said they hope to finalize the new capital standards by the end of this year.