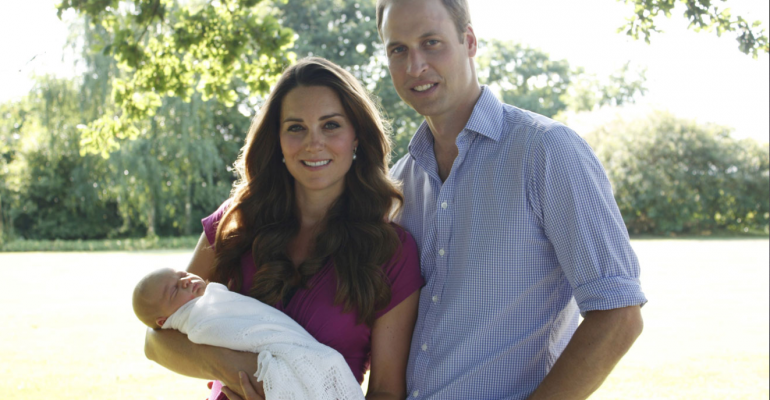 A Lesson from the Royals: Succession Is a Two-Way Street

The British Royals Pave the Way, Sort Of

The images released last week of Prince George Alexander Louis – the first since he left the hospital with his parents, Prince William and Kate Middleton – were a clumsy attempt to portray him as an ordinary infant. Although the photos were taken in the Middleton family garden, rather than at Kensington palace, the pictures are not very convincing in this respect. Truth is, this baby is worth billions of dollars, and a lot is riding on his succession.

Despite all the lightheartedness surrounding the newborn heir – the third in line to the crown – Prince George may not become King George for another 60 years or more. Unlike the Queens of the Netherlands, British monarchs do not abdicate from the “family business” except in extraordinary situations. A British monarch casts a very long shadow.

That’s a problem common to many business families, and a cause for genuine concern. Outside of the world of pomp and circumstance, failure to pass the baton to the next generation before the senior generation has actually passed away is detrimental both to the family and the business. A leadership gap weakens any business, while an unrehearsed succession process can tear apart even the most tightly knit families.

There any many reasons why patriarchs and matriarchs often have great difficulty letting go of the power and ownership of the family business. These may include (as with Queen Elizabeth) a fierce sense of duty, intense popularity, deep familiarity with the business, a desire to complete the heroic mission, and, not uncommonly, an unconscious fear of his or her mortality. Sometimes, however, family business owners lack confidence in the next generation or cannot find a suitable successor among them.

Succession is a two-way street. Even in Britain, where the best-primed heirs can’t coax reigning monarchs to step down, the next generation of royals prepare for years to facilitate and be ready for the succession process. Here are five tips you can offer younger generation clients to help raise the older generation’s comfort level in letting go of the family business:

·      Develop your capabilities. Get some experience. It’s almost always important for the next generation to work outside the family business. Even then, you may not know what part of the family enterprise you are most interested in, or where you can best contribute. Get creative. In one client family, a daughter designed a management trainee program for herself so that she could get exposure to the entire business before eventually settling down in marketing and sales.

·      Share your interests. In business families, members of the next generation all too often sit back and let the parents define their roles and responsibilities. In one extreme situation, a matriarch declared the role of each of her children on their 16th birthdays: You will be the accountant, you will be the strategist, you will be the engineer. Nobody pushed back. Waiting for your father or aunt to define your role in the business in this way is a surefire recipe for lifelong unhappiness. It also reinforces the belief of the older generation that you are unable to make decisions or to take responsibility for your own choices.

·      Take a seat at the table. Don’t be passive. The older generation is more likely to pass the baton if you are already assuming psychological ownership. Don’t idly sit by and watch the senior generation build something you are not passionate about owning in the future. An engaged future owner will not allow a tyranny of small decisions by the present owners to commit them to something they wouldn’t want to be involved in years later. For example, don’t let the patriarch transition the company from manufacturing to professional services if what you are really interested in is producing tangible products. Act like an owner.

·      Pass on the blessings. It’s not all about you. Long before you take over the business, you can help allay the anxiety of the older generation by showing a real interest in what’s good for the family and the business. One sibling in a client family established a program to introduce younger cousins to the family business in a fun and engaging way, following the model of a popular TV game show. While the cousins raced through the various business offices, solving clues and working together to overcome challenges, they also gained valuable, firsthand knowledge of what makes the family business run. In doing so, the sibling helped his cousins figure out how to get involved. He also demonstrated his ability to be a family leader.

·      Show respect and gratitude. Don’t just throw a retirement party to show your appreciation. Sometimes the most powerful gestures of deference and giving thanks are symbolic. In a tribute to the Middletons, for example, the royal couple asked Kate’s dad, an amateur photographer, to snap their first official photos. This tip of the hat to Kate’s family was a highly effective way for one generation to express its appreciation to another (and to signal to the country that Kate and Will are going to be the “people’s” royal couple). In an actual family business, keeping the previous generation appropriately involved by seeking the advice and counsel on important personal and business decisions is one of the best ways the next generation can show their appreciation.

On the surface, the photos released last week were just snapshots of a Duke and a Duchess and a little prince, flanked by two family-friendly dogs. But a picture is worth a thousand words, and those words were scripted down to the finest detail by a royal couple that was communicating the message:  “We intend to modernize the British monarchy.”

What messages are your clients trying to give their family patriarch or matriarch? How are you are working with them to smooth the transition from one generation to the next?