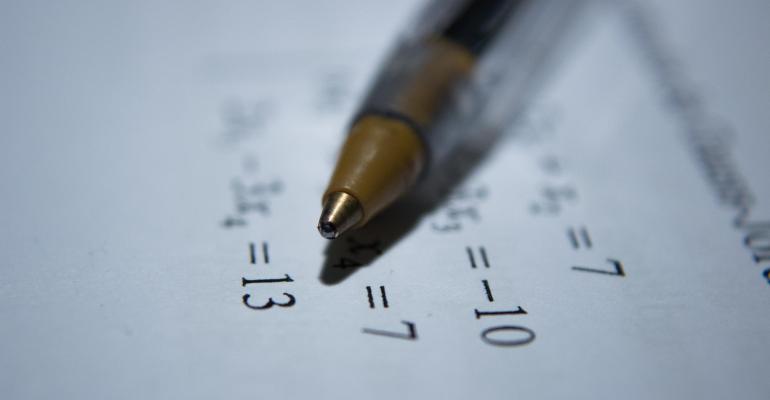 Inside ETFs Europe: Q+A with the 'Godfather of Smart Beta'

Rob Arnott, a leading speaker at Inside ETFs Europe and a legend in the industry, discusses factor investing.

Rob Arnott, founder and chairman at Research Affiliates speaks to us ahead of Inside ETFs Europe. He speaks to us in great depth about his professional life, smart beta and factor investing and more.

1. You have been called the “Godfather of Smart Beta.” What was the genesis of the concept of the Fundamental Index™, first called smart beta by a leading UK consultant?

In 2002–2003, I began to consider why people would choose to index based on a company’s value in the marketplace, its market capitalization. It just didn’t seem to make sense. If a company’s stock price doubles and the size of the company doesn’t, why would you want to have twice as much invested in the company as you did before?

At the same time, I was having conversations with a dear friend who, by serving on public pension fund boards, had observed money pouring into index funds during the tech bubble and, as a result, into stocks priced at 100 to 200 times earnings—the Ciscos of the world. He saw this as a disaster waiting to happen. He believed there must be a better way to invest.

In 2003, we began testing index strategies based on sales and on profits. Our thinking was that an index weighted using sales or profits is like indexing to the macro economy, in contrast to indexing based on the cap-weighted stock market. We realized that fundamental weighting provides an anchor for rebalancing, contra trading against the market’s most extreme bets.

Our results indicated that this approach would probably add some value over cap weighting. So, we continued to test using sales and book value as the basis for the index.

We found that over the past 30 years, an index based on sales earned the S&P 500 Index return plus 2.0–2.5% a year. Enormous! That’s more than most active managers could dream of delivering on a long-term basis. We realized we were on to something.

Next, we tested many different versions of the index. We tried sales, profits, book value, dividends—and even number of employees. Every metric worked about the same. That was our first “aha” moment.

The metric we used didn’t matter. The beauty of the Fundamental Index is that we are weighting on the size of a company’s business. That gives us tremendous capacity, tremendous liquidity, low turnover, and a market-like portfolio—in effect, an alternate core strategy. I knew instinctively that indexing based on fundamentals was important.

2. Are factor investing and smart beta the same thing?

No—and this is an area of particular sensitivity to me. The RAFI concept was the inspiration for the term smart beta. We didn’t coin the term. The folks at Towers Watson in London in 2007 coined that expression. They loved the idea of the Fundamental Index.

The answer to that question is any strategy that doesn’t weight on market cap or on share price is going to have a rebalancing alpha. That includes equal weight, it includes minimum variance as long as the strategy doesn’t anchor on cap weighting indirectly by, for example, matching the sector weights of the market. Any strategy that breaks the link with price, that does not weight on price, should earn alpha from rebalancing.

Factor investing starts with cap weight and then puts on a tilt. Does that meet the original definition of smart beta? No, not at all. A tilt could be smart, it could be stupid, it could be propitiously timed because a factor is trading unusually cheap or is a popular trendy factor that’s trading very rich and is therefore very dangerous. But it’s not smart beta.

Smart beta is used to refer to any strategy that is vaguely disciplined, vaguely quantitative, vaguely formulaic, no matter whether it’s smart, stupid, has high turnover or low turnover.

Smart beta, as we define it, means a strategy not linked to share price, a strategy that does not reward companies with a higher index weight just because their share price has gone up. To label momentum investing, for example, as smart beta is just mistaken.

3. Do you see similarities between today’s market environment and the late 1990s? What asset-class bubbles might be rising to the surface?

Today reminds me a lot of 2000, the peak of the tech bubble. At the end of 2018, 7 of the 8 largest market-cap stocks in the world were technology-centric companies. A few, such as Facebook and Amazon, aren’t classified as tech, but the essence of their competitive advantage is technology.

Such high industry concentration in these market-cap leaders has only been seen once before and that was in the Japan bubble at the end of 1989, when 9 of the 10 largest market-cap companies in the world were Japanese.

In the decade that followed, 8 totally disappeared from the top 10 market-cap list and 9 underperformed the MSCI All Country World Index. So we’ve seen this before, a completely dominant sector whose stocks are priced for assured long-term success, like the Japan bubble, only to perform poorly when they fail to deliver perfection.

Tech stocks are not the only stocks trading far above their fundamentals. Tesla and Bitcoin are too. These assets are well avoided by investors, as are US market cap–weighted indices, which have historically large concentrations of pricey and overvalued large-cap tech stocks.

Instead, investors would do well to invest in what we call anti-bubbles. An anti-bubble is an asset or asset class that requires implausibly pessimistic assumptions in order to fail to deliver a solid risk premium.

Today, we see anti-bubbles in emerging markets—especially state-owned enterprises—and value-oriented smart beta strategies in both developed and emerging markets. These are sensibly priced assets. They are unloved, trading cheaply, and a true contrarian investor’s opportunity.

Within developed markets, the uncertainty surrounding Brexit is creating an anti-bubble in UK shares as a hard Brexit remains a very real possibility. The capital markets hate uncertainty. A resolution in either direction should encourage some capital flow back into the UK markets. But investors waiting for that clarity will miss the opportunity.

4. After a decade or so of disappointing returns in value investing, is the tide about to change?

It’s true that recent past returns for value strategies have been mediocre to downright poor. But as a value investor, a contrarian investor, you can't succeed unless you are willing to look and feel like an idiot for a period of time.

But if you are willing to put that stake in the ground, to average in gradually as the market gets cheaper, you’ll succeed as a contrarian. It's very difficult. It goes against human nature. You don't get a bargain in the absence of fear and discomfort. Things get cheaper until they don't—and nobody knows when that turning point will be.

Very possibly, however, the tide may have turned in mid-September when we witnessed a meaningful shift from the norm since the financial crisis—a measure of value beat momentum by the most it has in a decade.

The dry spell for value over the last 12 years has led some to question whether the investing style was dead. Now, value investing appears to be in comeback mode. Of course, it's impossible to know for sure, but given that value stocks are so abnormally cheap relative to growth, the odds are good.

Today, everything is trading a little rich except value, and value is trading cheap. What has performed best in the past isn't likely to perform well in the future, and what has disappointed in the past is where the opportunities lie. Value strategies’ lackluster returns have scared many investors away, even though the logic should be the opposite: poor past performance implies cheap valuations, positioning these strategies for healthy performance going forward.

Value outperformed handily in 2016, but not enough to erase the relative cheapness of the strategy in most markets, especially in the emerging markets. Increasing valuation dispersion around the globe has opened up many great opportunities for the patient value investor: tumbling popularity, tumbling relative valuations, and tumbling historical returns.

The rotation from growth to value in the stock market is a familiar story. When the growth/value cycle turns, we’ll likely see grinding pain for the strategies and segments of the market that have performed the best over the last decade or longer—developed market stocks and bonds.

I firmly believe that value will outperform over the next five years. Today’s yields determine an asset’s or asset class’s expected future long-term return. What offers the highest yields today? Emerging markets equities and value-oriented strategies, exactly those strategies that have caused the greatest pain and losses over the last decade. Emerging markets have been terrible for the past 10 years. They're as cheap today as they were at the end of the global financial crisis, even cheaper, relative to earnings, relative to dividends, and relative to book value. That's a pretty remarkable fact.

Our estimates of expected returns, correlations, CAPE ratios, Sharpe ratios, and more, including historical returns, for 130+ asset classes and model portfolios are on the Research Affiliates website as part of the Asset Allocation Interactive tool. The Smart Beta Interactive tool provides our estimates of expected excess return and tracking error, beta, and volatility for 28 strategies and 8 factors. I encourage you to explore these tools and decide for yourself which asset classes, strategies, and regional markets offer the greatest value in investing is today.

We have some research that is circulating now on factor momentum, which shows momentum exists in factors very powerfully, across most factors, and that it subsumes sector momentum and industry momentum. These two momentum classifications don’t exist absent factor momentum, but the opposite is not true.

Another piece of work that I think is going to be pretty important looks at signal half-life and the information coefficient (IC). The Sharpe ratio and information ratio (the ratio of value-add per unit of tracking error) of active strategies and factors are almost always based on monthly returns.

The turnover is very different for other strategies, however. Strategies such as low beta/low vol and momentum, most particularly, have high turnover. They also have a short half-life. With momentum, half of the pay-off happens in the first 3 months—when the strategy is working!—with the entire pay-off occurring by 8 months. Then, the strategy typically gives all that return back over the next 12 months.

At that point the strategy is back down to zero alpha and keeps going down. So if you buy a momentum strategy and just hold it, you don’t have a positive IC, you have a negative IC, and you give back all the return after about a year and a half.

The only way to correct for that is to be as focused on the sell discipline as on the buy discipline. Our research is looking at the half-lives of strategies, factors, and signals and at the Sharpe ratio over the life span of a signal.

At Inside ETFs Europe, Rob Arnott will be speaking on 'Alice’s Adventures in the Factorland: Three Blunders That Plague Factor Investing'.