/sites/all/themes/penton_subtheme_wealthmanagement/images/logos/footer.png
Recent
Recent
'Dark Money' and Tax-Exempt Organizations
May 16, 2022
Michael Kitces' #FASuccess Podcast: Beth Jones' Method to Deepen Client Relationships
May 16, 2022
Seven Must Reads for the CRE Industry Today (May 16, 2022)
May 16, 2022
Apollo Makes $1 Billion Bet on Indian Property With Lending Plan
May 16, 2022
Featured
The 10 Best and 10 Worst States in Which to Retire in 2021
Jul 15, 2021
Poll: 15 Classic Books on Investing and the Markets
Apr 03, 2020
Fifteen Must-Listen Business Podcasts for Advisors
Aug 14, 2020
Celebrity Estates: Jay Leno and Planning for Classic Car Collections
Feb 22, 2022
Active Management Insights
brought to you by 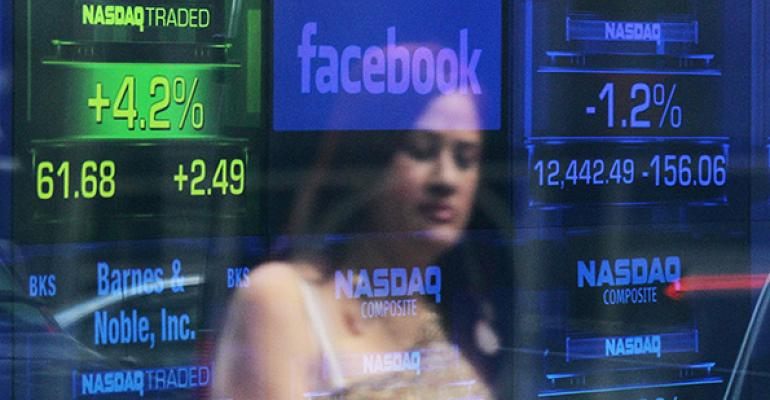 The concern is that passive investing can stifle competition.

(Bloomberg Gadfly) --On Monday, I introduced the idea that the rise of indexing and ETFs, known collectively as passive investing, is damaging the market and the economy, and I started spinning out the worst-case scenario should it continue to advance, including a riskier stock market and widening income inequality. But there are other areas to worry about as well.

Related: The Worst-Case Scenario for Passive Investing (Part I)

Competition is what academics worry about when they worry about passive investing. Traditionally, preserving competition was mostly about maintaining a certain number of companies in every industry. Federal antitrust laws block monopolies. But academic studies have shown recently that index funds or horizontal ownership, where the same investors own a good percentage of the shares in rival companies, can also stifle competition. Horizontal ownership has risen sharply in the past decade and a half. For a large company, the chance that at least one of its large shareholders owns shares in a rival has risen to 90 percent, up from just 16 percent in 2000. And the more horizontal ownership there is, it appears, the less competitive a company, and an industry, becomes. In 2014, two economic consultants, Jose Azar and Isabel Tacu, and a Michigan economics professor, Martin Schmaltz, found that in the airline industry, where common ownership had risen to 70 percent, prices were as much as 12 percent higher because of common shareholders. But the bigger problem is not prices but innovation. If CEOs have an incentive not to compete, then they might not try all that hard to innovate, spending less on research and development. Indeed, R&D spending has slumped since the 2008 financial crisis. Late last year, a study by a New York University professor, Thomas Philippon, and a graduate student, German Gutierrez, examined the reasons R&D spending has been weaker than expected since at least 2002 but plunged after the Great Recession.They found only three factors that at least mathematically appeared to correlate with the drop in R&D. One was an increase in index investors.

The effect on investing, and the economy in general, is immense. At roughly 20 percent of the market, passive investing, by Philippon and Gutierrez's calculations, at least in part, could be holding down corporate investment by $125 billion a year. If passive investing were to reach 50 percent, the amount could drop by $328 billion a year, which is equal to about 2 percent of U.S. GDP. Remember when the economy used to grow by 4 percent? Indexing could be a big part of the reason it no longer is.

Initial public offerings have long been a cornerstone of what drives American capitalism, allowing companies to become bigger. But bankers at some of the top underwriters have expressed concerns that if the passive trend continues, IPOs could become a thing of the past. That opinion could be in part be perspective: Investment bankers who sell IPOs rarely come in contact with index fund managers. Without active fund managers, IPO bankers would have no investors to market to or figure out how to price an offering. But you can imagine an IPO market that is dominated by IPO index funds. Bankers might like that -- no need to market deals because the IPO funds have to buy no matter what. Pricing, however, would most likely become a function of the amount of money in IPO index funds and their rules, and without any mechanism for rewarding the individual value of a business, there might not be many who want to do an offering. That might already be starting. The number of IPOs has plunged recently, which is odd given that the stock market in general, and tech stocks in particular, have been hitting new highs. Usually that would result in a good IPO market. The fact that 20 percent of the market is now owned by indexes, perhaps drawing money away from mutual funds and other institutional investors that would put money in IPOs, could be playing a role.

And it's not just the IPO market that is being deserted. The number of public companies has been falling, too. And the general worry is about the stocks left behind. Demand is shrinking for companies that are not in an index. And as the shares of those companies stop reflecting what executives think is the value of their companies, the executives may abandon the public market, choosing to go private or get bought.

But it's not just the left-behind stocks. Even companies in index funds may soon start to believe their stock prices no longer reflect their value despite good earnings or a new product. Those companies might abandon the public market as well. Eventually, as the index doomsayers suggest, there could be either very few, or no, public companies.

And then you have to worry about the U.S. economy in general. There are no $17 trillion economies, or even close to it, that exist without a public market. Perhaps indexing, and the growth of the private market, and private equity funds, and the still very liquid bond market, will morph the U.S. finance market into something that can support the world's largest economy without a public stock market that is neither well used or loved. But at the very least, if indexing continues the way it has, we are likely to see a much different financial landscape then we do now, and fast.