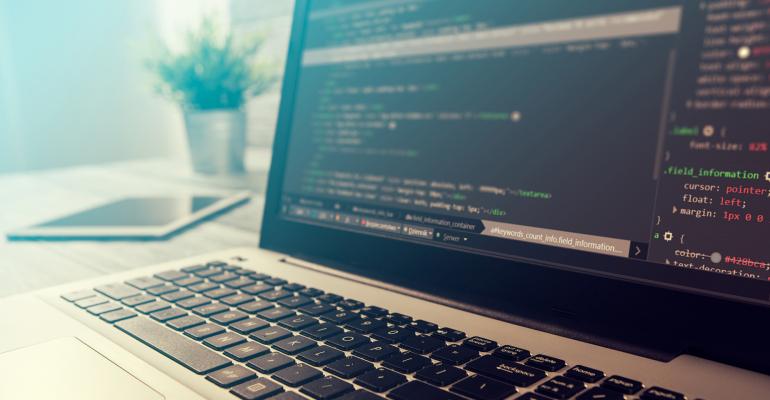 The AI behind the ETF was rigorously back-tested over 10 years of market moves to make sure it learned how to interpret data and make smart investments. Still, it won't be able to explain why it made its decisions.

(Bloomberg) --The first global equity ETF run by robots made its trading debut even as its managers expressed anxiety about investing in an exchange-traded fund lacking the human touch.

“I’m going to be buying some but I’m buying it as a nervous investor myself," Steve Hawkins, co-chief executive officer of Horizons ETFs Management Canada, said before the Horizons Active A.I. Global Equity ETF began trading on the Toronto Stock Exchange Wednesday. "We don’t know what the computer will do."

Hawkins stressed that the artificial intelligence behind the ETF, developed by Korea-based Qraft Technologies Inc., was rigorously back-tested over 10 years of market moves to make sure it learned how to interpret data and make smart investments. However, unlike human portfolio managers, it will never be able to explain why it made a particular decision.

“We don’t know why it’s going to be making those independent decisions, but from our rigorous testing we believe that it’s going to make the right decisions," Hawkins said in a phone interview.

The Horizon A.I. fund, sub-advised by Mirae Asset Global Investments Co., has a management fee of 0.55 percent and will be rebalanced monthly. It will invest in global equities using a basket of primarily North American-listed ETFs and will make its decisions using more than 50 metrics, including six-month relative performance and short interest. It trades on the Toronto bourse under the ticker symbol MIND.

Artificial intelligence may seem scary to some investors, but Hawkins said he’s confident it will prove itself to be smarter than your average portfolio manager.

“AI can do the work of a team of global strategists, can look at millions of data points very quickly, where a team of strategists would have to work 24/7, 365 days a year," he said. “It doesn’t bring in investor bias or emotion with respect to any of its decisions, and we hope to see output that will be able to consistently outperform human decision-making."

That said, he doesn’t expect investors to flock to the ETF, at least not initially.

“We really expect the first year to be tempered from an investor appetite perspective, but once we have proven that the computer can do things well, we expect appetite to significantly increase," he said. "There are some investors who will always prefer the human touch."