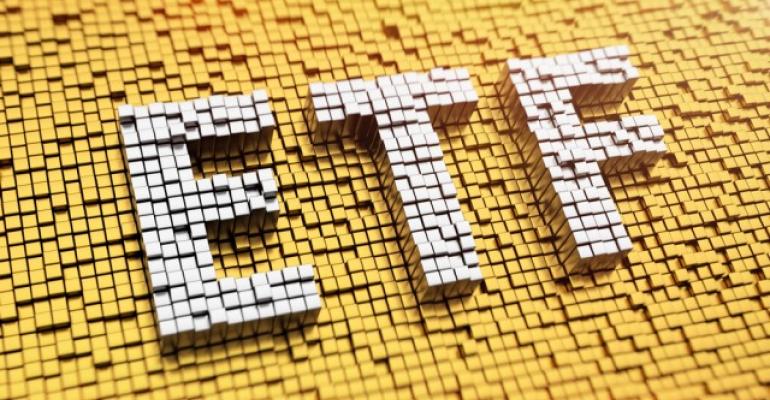 Why the ETF Acronym Can Be Misleading

As investors, the media, and regulators put more focus on exchange-traded funds, it's worth asking what exactly an ETF is.

The term was coined in 1996 by Morgan Stanley, which needed a generic name to put into the prospectus for its new World Equity Benchmark Series (WEBS) products, which years later became iShares. Until 1996, that really was just the SPDR S&P 500 Trust (SPY). Little did the bank know how quickly the ETF acronym would catch on, eventually expanding to include an eclectic group of products—some of which aren't technically funds and don't always trade on an exchange, if they trade at all.

Here's a breakdown of an acronym that can, at times, be a bit misleading.

While every ETF is listed on an exchange, that doesn’t mean all such funds' trading happens there. In fact, approximately 40 percent of all ETF trading is done "off-exchange," according to a study by Bloomberg Tradebook. This off-exchange activity—which does show up in volume statistics—is mostly larger "block" trades among high-end clients and liquidity providers. Not surprising, the less trading volume an ETF has, the higher percentage of time the trading is done off-exchange, as seen in the chart below, which also shows the increase of off-exchange trading over the years.

In addition, some 10 percent to 15 percent of ETF trading occurs in the primary market through the so-called creation and redemption process that the funds rely on to function—some of which is the direct result of the block trading described above. This is normal activity but is also trading that isn’t happening on an exchange. In other words, there’s a whole other world going on outside the exchange, making the 'E' a bit incomplete, if not misleading.

Even though they would all like to be, many ETFs simply aren’t traded.

There are now 1,900 ETFs in the U.S., and about 400 of them post an average 30-day trading volume of less than 1,000 shares. A handful of those literally haven’t traded one share in the past 30 days, as shown in the table below, which also displays the last day they saw a trade.

The product with the longest streak without a single trade belongs to the iPath LE MSCI EAFE Index ETN (MFLA), shares of which haven't changed hands in nearly 12 months. In fact the exchange-traded note (more on this later), has seen only about a dozen trades in its six years of existence.

MFLA and related funds are part of a forgotten underworld of products–victims of cruel volume inequality in which the most popular 15 ETFs account for more than 50 percent of overall ETF volume. The next 85 most-popular ETFs account for about 40 percent—which leaves 1,800 ETFs fighting over just 10 percent of the volume. Many of these products are destined to join the nearly 600 ETFs currently pushing up daisies in the ETF graveyard.

Approximately 300 ETFs technically are not funds, in the sense that they do not fall under the Investment Company Act of 1940, which regulates mutual funds and the vast majority of ETFs. There are some big ones in the group, including the $34 billion SPDR Gold Shares (GLD), which is more properly a "grantor trust," and the $3.6 billion United States Oil Fund (USO), which is a "partnership," as well as the $1.5 billion iPath S&P 500 VIX Short-Term Futures ETN (VXX), which is an "unsecured debt obligation," often referred to as an exchange-traded note, or ETN.

ETNs are probably the most "un-fund" of all the different regulatory structures since they come with a counterparty, typically in the form of a bank, and an accompanying risk of default. As a whole, these alternative structures represent about 3 percent to 4 percent of total ETF assets, as seen in the chart below.

Most of these products were structured differently because they hold something other than a diverse basket of securities—such as bars of gold in the case of GLD, or oil futures in the case of the USO.

These products are why many data services and analysts use the umbrella term “Exchange Traded Products” or ETPs to house ETFs, ETNs, and more.

So while the term "ETF" gets thrown around a lot, in many cases it is more of a connotative rather than denotative definition. Eric Balchunas is an exchange-traded-fund analyst at Bloomberg. This piece was edited by Bloomberg News.