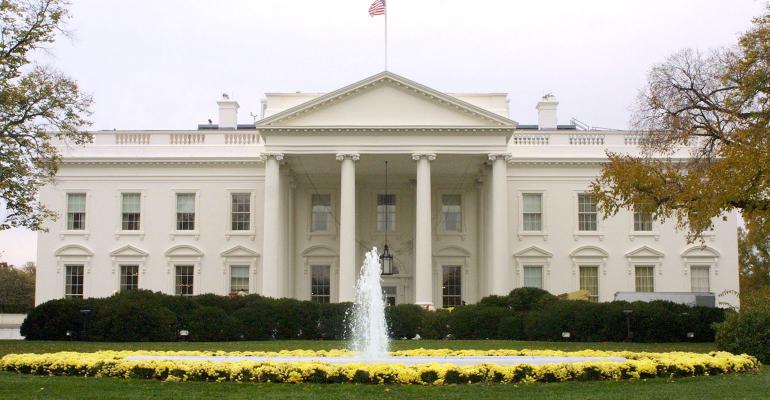 Filings show funds started in the last six months looking to trade on political agendas, such as tax reform and infrastructure spending.

(Bloomberg) --The first hundred days of Donald Trump’s presidency have seen a slew of new exchange-traded funds that seek to capitalize on the administration’s policies and platforms. A few have proven to be decent bets.

Thematic ETFs have proliferated as asset managers seek new avenues for growth. Filings show funds started in the last six months looking to trade on political agendas, such as tax reform and infrastructure spending. Such strategies are a matter of survival for smaller issuers, with the likes of Vanguard and BlackRock already dominating "plain-vanilla" categories, according to Bloomberg Intelligence’s Eric Balchunas.

Their success is modest but improving. In March, Global X Management Co. launched the U.S. Infrastructure Development ETF to track companies with exposure to public works. Under ticker PAVE, it’s garnered about $6.6 million in assets and trades about 19,000 shares a day -- not insignificant, though a fraction of mainstream ETFs.

Global X’s fund, whose top holdings include rail stocks such as CSX Corp. and Union Pacific Corp. along with industrial names like Fortive Corp., Eaton Corp., and Rockwell Automation Inc., returned 3.4 percent over the past month through April 27, compared to the S&P 500-tracker SPDR’s 2.1 percent.

"In the last administration, there was nothing like this," Balchunas said. And "when Bush was elected, people were still trying to cover the plain vanilla" funds.

Global X, which has launched seven thematic ETFs in the past year, is seeing interest from investors after long-term growth strategies, Director of Research Jay Jacobs said in a telephone interview.

“The expected returns for equities are very low, but people still want to grow a nest-egg and invest for retirement, so they need to find growth from other sources,” he said. “Thematic investing is one of those."

Further along the political spectrum in a category whose ties to the governing zeitgeist are debatable, several ETFs have surfaced since Trump’s election that seek a constituency among investors who want to avoid causes like gay or abortion rights. Billed by sponsors as an answer to liberal-minded environmental, social and governance funds, others see a pandering to intolerance.

In February, Northern Lights Fund Trust rolled out two ETFs that use a "proprietary selection methodology based on biblical values," one for large-cap companies and one for mid and small caps. Since its inception on Feb. 28, the Inspire Global Hope ETF, ticker BLES, has returned 4.4 percent and traded an average 15,000 shares per day. Holdings include CR Bard Inc., FMC Corp. and Edwards Lifesciences Corp. Together, they’ve accumulated $52 million, according to Inspire’s CEO Robert Netzly.

They’re for investors “not being served by the socially responsible investing industry," Netzly said in a telephone interview. "A lot of people were surprised when people voted for Trump, and those people will be equally surprised in the performance of the funds."

Naturally, trading on politics is no guarantee of success. Funds set up to benefit from an anticipated boom in clean energy under the Obama administration proved disappointing as alternative energy stocks as a whole returned nothing during Barack Obama’s presidency. VanEck Vectors Global Alternative Energy Fund (GEX) fell 28 percent from the start of 2009 to Nov. 8, 2016, while the iShares MSCI ACWI ETF rewarded investors with returns of 80 percent over the same period.

Active Weighting Funds has designed their ETFs with a built-in hedge, taking long positions in securities they expect to be helped by the themes and short positions in those likely to be hurt, according to an April 6 SEC filing. The funds will be subject to active re-balancing.

"Active long short is possibly the perfect strategy in the Trump era as he’s always changing his mind," Balchunas said.

Global X chooses themes, which include technological development areas such as artificial intelligence, that it says will play out over multiple decades, even if they are intermittently sidelined in the short-term. While it only takes long positions, it sees investment in U.S. infrastructure as a long-term certainty given the bipartisan support seen during the 2016 presidential campaigns.

“No matter who won the election, we were confident there would be support there," Global X’s Jacobs said. "It’s possible they won’t pass an infrastructure bill now, but over the next 20 years, does the U.S. have to invest? Yes. It has to in order to remain competitive."