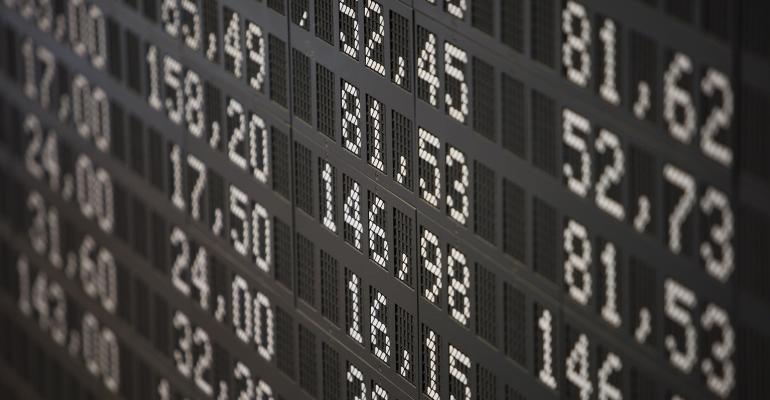 At least 85 more single-equity ETFs are planned by 37 companies.

(Bloomberg) -- A new ETF-for-everything era may have just begun on Wall Street, swelling an industry that already boasts nearly 3,000 products and $6.2 trillion in assets.

The booming world of exchange-traded funds is about to get even more crowded after the very first single-equity ETFs launched Thursday -- despite a torrent of regulatory warnings over their risks while retail investors are still reeling from the crash in speculative trades from crypto to meme stocks.

The eight products from AXS Investments look like the start of a coming invasion of amped-up strategies that will seek to enhance or invert the performance of volatile companies, including Tesla Inc., Nvidia Corp. and PayPal Holdings Inc. Another proposed lineup from Toroso Investments offers to layer on a bullish options strategy in order to boost returns.

All told, at least 85 more such ETFs are currently planned, according to filings tracked by Bloomberg, covering some 37 companies.

That’s just the start. With a never-ending fee war taking costs on index-tracking ETFs to rock-bottom levels, the arrival of single-stock products opens up a lucrative avenue for issuers, with leveraged or inverse trades tracking major companies up for grabs.

All told, the Securities and Exchange Commission may have inadvertently put new investing tools in the hands of day traders at a dangerous time with recession risk sparking bear markets.

“We’re gonna see the floodgate absolutely open with new product launches in this arena,” said Nate Geraci, president of The ETF Store, an advisory firm. “So I think we’re gonna see ETF issuers blanket the market with all varieties of these ETFs: leverage, inverse, options overlays, you name it.”

“The level of interest has exploded, I would say, in the last eight weeks,” she said.

While leveraged and inverse ETFs have long existed in the US -- some with a  history of blowing up -- they target indexes or funds. The new single-stock products are potentially more volatile since stocks tend to make bigger moves.

SEC Chair Gary Gensler said the products “present particular risk” in a press call this week. Commissioner Caroline Crenshaw called for the agency to adopt new rules that would address potential risks. Yet single-stock products have been able to list in part thanks to rule changes in 2019 and 2020 that allow leveraged and inverse ETFs to launch without first getting the SEC’s approval.

Single-stock products, which didn’t exist in the US at the time, may have been an “unintended consequence” of the changes, said Vident’s Nandakumar. “I wouldn’t expect the SEC to contemplate every single potential product development innovation that could come out.”

Commissioner Crenshaw warned about putting the ETFs in the hands of retail traders in particular, saying that it would be challenging for investment advisers to recommend the products while honoring their fiduciary duties.

Greg Bassuk, chief executive officer of AXS, has maintained that his firm’s suite is geared towards “sophisticated, active traders.”

Even then, it’s clear that they will appeal to the day-trading crowd.

“It can be harder to short stocks for retail investors -- so maybe these are a lower risk, easier to execute option for retail investors to get short,” said Chris Murphy, co-head of derivatives strategy at Susquehanna International Group. “Once again my concerns would be how much the slippage and cost of the ETF eats into a short position of say, Tesla, for example.”

The AXS TSLA Bear Daily (ticker TSLQ) charges an expense ratio of 1.15%, while the spot borrowing rate for shares of Tesla -- a measure of the cost of shorting the stock -- currently stands near 0.3%, according to data compiled by S3 Partners. However, the appeal of an ETF like TSLQ lies more in the convenience rather than the cost, Bloomberg Intelligence’s James Seyffart said.

“If you don’t have a margin account or even if you do, it might be easier to just buy TSLQ,” he said. “You click buy, and done. But I doubt any institution is going to use something like this.”

“There could be some confusion in the marketplace where retail investors accidentally buy the Frankenstein ETF version of the individual stock they were actually wanting to purchase,” said The ETF Store’s Geraci.

--With assistance from Lydia Beyoud.