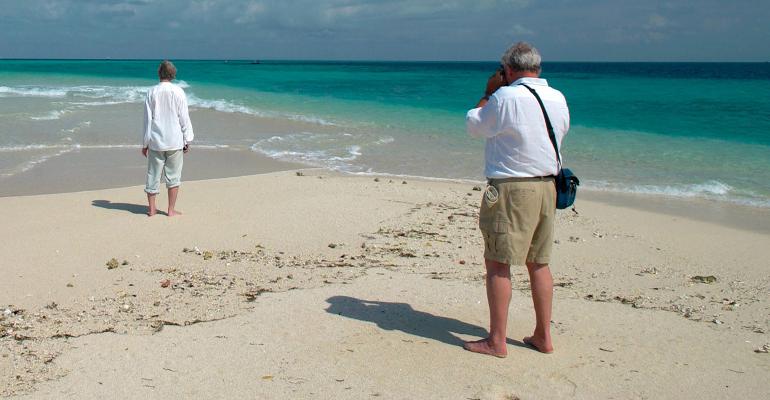 Passive investors calmly bought amid the market plunge while the titans liquidated.

(Bloomberg Opinion) -- If you’re one of those people — a pundit, investor or active manager — who’s been bracing for passive investing and exchange-traded funds to blow up the stock market, well, there’s some bad news for you.

But first, let’s recall some warnings about passive investing:

But a funny thing happened on the way to this dangerous, systemic, Marxist bubble:

If ever there was a situation where the critics have told us passive was destined to fail, this should be it: the fastest bear market on record. A market externality caused by the coronavirus pandemic has sent volatility to swing wildly as markets have fallen the most since the financial crisis of 2008-’09. For investors younger than 40, this month probably saw the worst day of their investing lives. The Dow Jones Industrial Average now is about 30% lower than its record high set a little more than four weeks ago.

If ever there was an opportunity for active investing to shine, this is it.

But that’s not what we have seen. The panic is emanating from the great minds on Wall Street, not the plodders on Main Street. Perhaps the most intriguing indicator of this is found in the vehicles that professionals use versus those preferred by individual investors.

Consider the three largest S&P 500 Index funds in the world: State Street’s SPDR S&P 500 ETF Trust or Spyder (SPY), Blackrock’s iShares Core S&P 500 ETF (IVV) and Vanguard’s S&P 500 ETF (VOO). State Street’s Spyder is arguably the choice of professionals; it was the first major index ETF and the most liquid. BlackRock and Vanguard’s offerings are preferred by registered investment advisers and individual investors. Note these all hold the exact same thing; they are simply in different ETF wrappers.

As of last week, when the sell-off began to accelerate, BlackRock and Vanguard customers were net buyers every single day. By the end of the week, State Street’s customers turned into sellers. (We should get updated data on last week from all three fund managers later this week.)

In other words, as the sell-off progressed, Wall Street pros panicked and sold while moms and pops stayed calm and bought. Some of this is attributable to different timelines between investors and traders, or between short-term and long-term. But one can’t help but think that some of this is explained by psychology: The professionals are the ones whose bonuses and perhaps even their jobs are on the line. Retail investors looked to take advantage of a price drop.

But we can guess how this will develop, based on the latest data from Vanguard Group. According to the firm’s most recent measures of money flows, every single day of February and the first week of March all saw a net gain for equities.

This is very similar to what former Vanguard chairman and chief executive officer William McNabb observed during the financial crisis in 2008-’09: The pros sold and the amateurs bought.

Retail investors are the dumb money? I don’t think so.

Most investment assets today are still managed actively. However, as we noted in 2017, the active part of the money-management industry is still being downsized — or more correctly, right-sized. The active management world still has not yet come to grips with the sea change that followed the financial crisis.

Passive indexing and ETFs have provided a counterweight to the active traders who seem to be panic selling. Remember that the next time someone warns you of the dangers of passive investing.