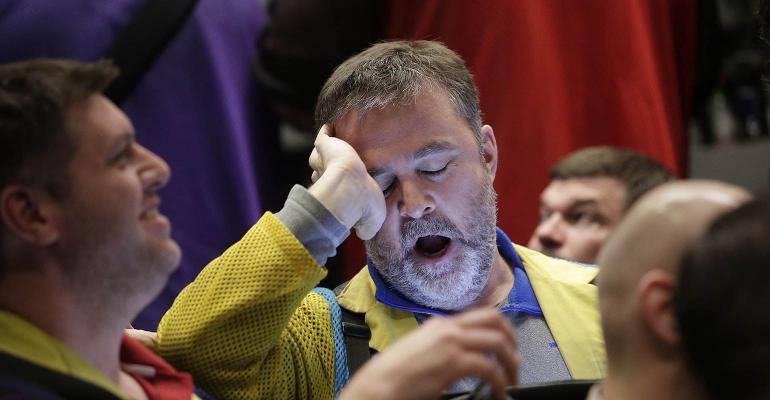 Wall Street Finds That Giving Stuff Away Is Dull

(Bloomberg Opinion) --I am unimpressed with “free.” So too, it seems, is much of Wall Street.

It was less than a year ago when large financial firms started offering mutual funds, exchange-traded funds and other products without charging management or trading fees. It was a moment of elation (customers will be knocking down our doors!) and fear (how much will this cost us?). And yet, we now learn that this was mostly a nonevent. Short-term, there were flows of money into these funds without fees -- but that quickly ran its course, and not much has happened since.

This is counterintuitive. Most of the financial world has been stressed out about the pressure on fees. The infamous Vanguard effect, shorthand for how its low-cost products push down fees in the markets it enters, has upended finance, and was one of the primary drivers of the campaign to start offering free products. The rush to lower costs has been one of the dominant investment themes this decade. It has been driven by individuals' newfound love for inexpensive passive investing in the aftermath of the financial crisis.

Yet, there may be a shift afoot. A Morningstar survey found that fees fell 8 percent in 2017, the largest one-year decline ever reported. But after that plunge, quarterly data from 2018 suggests that at least when it comes to large-capitalization passive indexing funds, fees have stabilized. Dave Nadig, managing director of CBOE's ETF.com, notes the “fetishization of expense ratio has a point of diminishing returns.” It appears, according to the latest data on fees, as if we are at that point now. The race to zero may be reaching its natural limits.

Fees paid for passive U.S. large-cap stocks -- that is, Standard & Poor's 500 Index funds – have been little changed based on an asset weighted average for a while. Of course, in some sectors, such as so-called ESG (environmental, social and governance), or fundamental indexing (smart beta), investors may still be willing to pay a premium over plain-vanilla indexes.

Vanguard has been the runaway leader in the low-fee space, but the competition has raised its game; keeping costs low has been part of Vanguard's DNA since Jack Bogle launched the firm in 1974. The rest of the industry hasn't quite mastered the art of running super lean. For many Vanguard competitors, low-cost or free is a marketing strategy and loss-leader that fails to cover expenses, eating into profits. So perhaps the industry is reassessing the merit of giving its stuff away.Indeed, the rest of the industry still is playing catch up with Vanguard. As Bloomberg TV noted, Vanguard remains the leader in low-cost funds and commission-free trading, leading Charles Schwab Corp.,  E*Trade Financial Corp., TD Ameritrade Holding Corp. and Fidelity Management & Research Co. combined in product count.

As we discussed last year, when for-profit companies offer a service at no charge, it means the true costs are hidden or recouped in some other way. “Free” isn't really free, and typically has strings attached. Perhaps it isn't a coincidence that research shows that some trades are being executed at something other than the best price. A recent study found that in 2016, as many as 23 percent of observed trades were in this category, costing investors $2 billion in additional fees. This, of course, was before the free-trading campaign, but not before fees had been slashed. One would think that you get what you pay for, which might be not getting a trade executed at the best price.

Let's drill down a bit deeper. Recall the buzz when Fidelity introduced two index mutual funds with no fees. The Boston-based fund management giant, which has about $2.5 trillion in assets, quickly raised several billion in assets on the move. It was so successful that it prompted Schwab to counter by expanding its set of commission-free ETFs. That led to even more free funds from Fidelity. A fee price war was underway.

But only few combatants showed up.

Consider that none of the “Fidelity’s four zero-fee funds is among the firm’s top 10 most popular this year,” according to the Wall Street Journal. Once the flurry of articles and TV chatter passed, the interest was mostly confined to industry watchers rather than investors. Indeed, after the Fidelity zero-fee funds picked up some initial inflows, it slowed to a trickle. The same is true of ETFs that carry zero-trading costs. It may well be that investors care more about the other characteristics of an index fund or ETF than the slight difference between low-cost and no cost.

So what's an investor to make of all this?

I like to cite William Bernstein, author of a history of trade. Find, he recommends, “a splendid exchange” -- swapping services for money, where both parties come away from the transaction better off for it.In other words, cheap looks like it might be better than free, at least when it comes to financial services.


Barry Ritholtz is a Bloomberg Opinion columnist. He founded Ritholtz Wealth Management and was chief executive and director of equity research at FusionIQ, a quantitative research firm. He is the author of “Bailout Nation.”