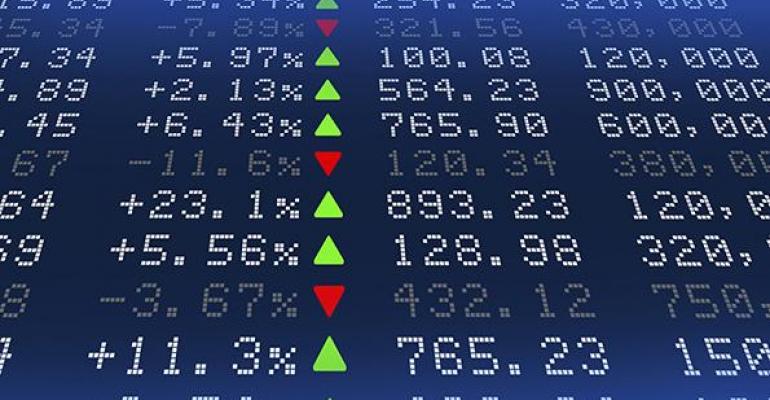 VIX Is at 10 and What Does Everyone Want? Low-Volatility ETFs

Flows into the biggest exchange-traded fund tracking the companies have been positive for six of the last seven weeks and totaled $238 million last month, the most since July.

(Bloomberg) --To find a low-volatility stock in the U.S. market this year, throw a rock. And yet plenty of people are still paying for the privilege.

Flows into the biggest exchange-traded fund tracking the companies have been positive for six of the last seven weeks and totaled $238 million last month, the most since July, according to data compiled by Bloomberg. Investors withdrew money in the five months through February after a yearlong buying bonanza that added almost $9 billion to the fund. The recent influx of cash is yet another sign that stock traders are getting antsy about investor complacency against the backdrop of geopolitical rumblings, questions over the feasibility of President Donald Trump’s fiscal agenda, and economic data that’s missed expectations of late.

With daily swings in the S&P 500 Index narrowing and the CBOE Volatility Index hovering near the lowest on record, a case could be made for less demand to buy products offering to reduce the impact of market swings.

None of the “betting-against-beta” cohort is a slam dunk. Consumer staples, real estate and utility shares -- high-dividend paying groups often labeled as “safety” sectors -- have trailed the S&P 500 since March. On top of that, those groups are getting more expensive.

A basket of low volatility stocks tracked by Leuthold Group traded at a median price to earnings ratio of 23.1, a “totally bananas” level, according to a May 5 note to clients by the firm’s chief investment officer, Doug Ramsey.

One explanation for the interest in low volatility stocks may be the bond market. Flows into the ETF are more strongly correlated with moves in the Bloomberg Barclays Global Aggregate bond index than in the VIX, according to a Bloomberg analysis.

Lower bond yields have overlapped with inflows, with the average four-week correlation between the bond index and flows at 0.2 this year. While not a strong relationship, it’s even weaker using the VIX, which shows no correlation.