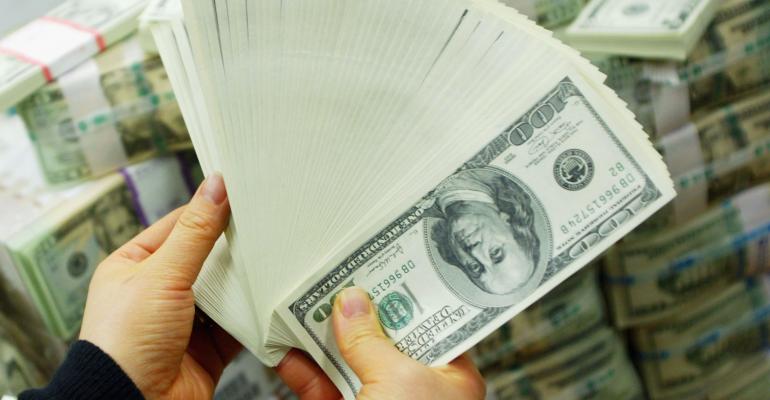 On Tuesday, withdrawals from Vanguard's growth exchange traded fund, ticker VUG, reached $900 million, the second most in its 12 year history.

(Bloomberg) --Chalk one up for the market prognosticators.

Bank of America Corp. predicted investors would shift away from growth stocks in favor of value names this year as part of its list of "violent rotations" to expect in financial markets this year. On Tuesday, withdrawals from Vanguard's growth exchange traded fund, ticker VUG, reached $900 million, the second most in its 12 year history. With $23 billion in assets, it's the second-biggest such product in the world.

JPMorgan Chase & Co. says the hoped-for acceleration in the rate of economic expansion under the Trump administration has fostered an environment that bodes well for value stocks, generally defined as having share prices that don't reflect their fundamental worth. Growth stocks, those whose earnings are expected to rise faster than the market average, tend to outperform during stretches in which expansion is muted.

"We’ve seen this in value stocks as well as ETFs, since the election -- it’s the first time in a long time that value outperformed growth," said Todd Rosenbluth, director of ETF research at CFRA. "We’re starting to see investors tilt back into what works and chase some of that performance."

Vanguard's growth ETF has climbed 5.5 percent since Donald Trump's Nov. 8 election, while its value fund has jumped more than 8 percent. Investors have taken note, sending nearly $215 million a day to value-oriented ETFs with more than $2 billion in assets, compared with just $53 million for their growth-focused counterparts.

The trend not only speaks to the shift in positioning among investors, but also -- somewhat counterintuitively -- to the increasing dominance of Vanguard in ETFs.

Inflows into Vanguard’s offerings usually come in a relatively steady drip compared to their competitors. This massive outflow points to the use of VUG by institutional investors, which had in the past tended to gravitate toward similar products that have more turnover.

"Looks like a big investor betting the recent rally in growth is over," said Eric Balchunas, ETF analyst at Bloomberg Intelligence. "This also speaks to Vanguard’s penetration into the institutional market as it attracts bigger investors who have typically used only the highly traded products from BlackRock and State Street."